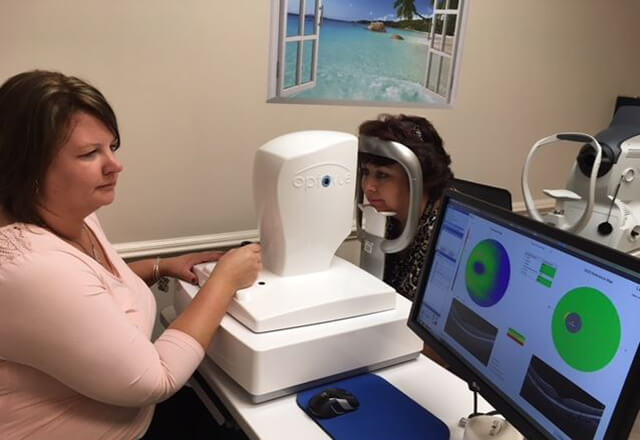 Dementia and mild cognitive impairment pose enormous health and societal costs in our aging U.S. population. While cerebral neural loss is known to contribute to Alzheimer's dementia, vascular diseases may contribute substantially to the total burden of dementia and its precursor, mild cognitive impairment (MCI), which is an intermediate stage between the expected cognitive decline of normal aging and the more serious decline of dementia.

The eye may be a unique window to otherwise unobservable brain pathology responsible for diseases that affect cognition such as Alzheimer's disease. State-of-the-art Optical Coherence Tomography (OCT) imaging can now capture markers of both neurodegenerative and microvascular disease in the retina. 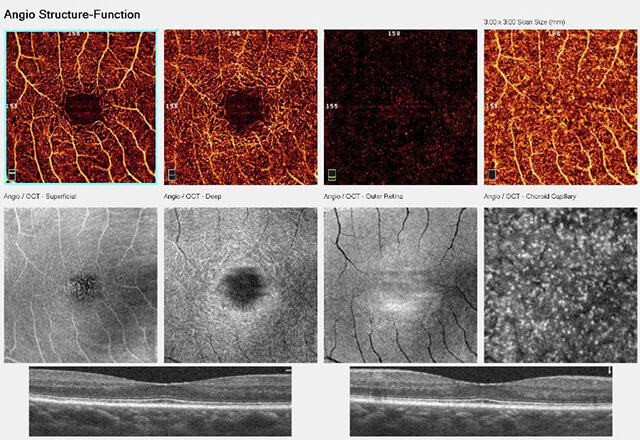 The EyeDOC study, recently funded by the National Institute on Aging, will assess the degree to which such markers are associated with patterns of early cognitive decline and mild cognitive impairment in a bi-racial population-based sample of older adults. EyeDOC will show the potential of OCT markers as a safe and effective, non-invasive screening tool to identify early pre-clinical signs of dementia in the eye and possibly help determine the etiology (neuronal or vascular damage) of cognitive impairments.  Identifying those at risk of cognitive decline, particularly from vascular causes, could provide opportunities to intervene before substantial, irreversible damage and cognitive impairment has occurred.

EyeDOC is a collaboration of two study sites of the Atherosclerosis in Communities Study (Washington County, Maryland, and Jackson, Mississippi), the Casey Reading Center and the Collaborative Studies Coordinating Center.