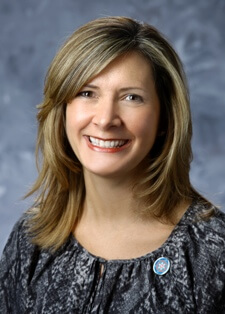 Sidone is one of five nominated for the award in the Patient and Staff Management category. She was nominated because of her work establishing Suburban’s nursing councils and helping to transform nursing practice within the hospital.

Nurse.com honored five nurses from six categories in the DC/MD/VA region at the Nursing Excellence GEM Award ceremony on June 11. The GEM Award program recognizes nurses and their contributions made to patients, the profession and the region’s health care. The winners of the six categories will be selected in the fall.

Sidone, a resident of Boyds, Md., started working at Suburban Hospital as a patient care tech while in nursing school and now helps lead the hospital to nursing excellence as a director on the nursing leadership team. Throughout her time at Suburban, she has worked as a unit charge nurse, a department head nurse and the Director of Oncology and Adult Surgical Unit.

About Suburban Hospital
Suburban Hospital, a member of Johns Hopkins Medicine, is a not-for-profit, community-based hospital in Bethesda, Maryland, that has served Montgomery County and the surrounding area for almost 70 years. Suburban Hospital is distinguished by a cutting-edge stroke program; level II trauma center; centers of excellence in cardiac care, orthopedics and joint replacement surgery, neurosciences and oncology; state-of-the-art diagnostic and treatment tools; and affiliations with world-class institutions, including the neighboring National Institutes of Health.