When I was recruited to Hopkins, I was repeatedly told that students were the lifeblood of this institution, really driving science at Hopkins forward. Young Investigators’ Day embodies that concept at the highest level, and it is a true honor to be a part of it.

My initial inquiry was into how proteasomes rapidly regulate neuronal signaling. In studying this question, I found a proteasome that was embedded in the neuronal plasma membrane, an observation that had never been made since its Nobel Prize-winning discovery. I found that this proteasome degraded intracellular proteins into small fragments, or peptides, into the extracellular space. These proteasome-derived extracellular peptides were capable of enacting rapid signaling in the nervous system, acting as a new class of neuromodulators.

First, we believe that this system is a whole new mechanism by which neurons communicate with each other, and potentially with other cells in the brain. Second, we have observed profound dysregulation of this system in neurodegenerative disease. Because this proteasome is exposed to the outside of the cell, it serves as a very ideal and new drug target. Also, this system of signaling is just downright fascinating!

Learn more about the Margolis Lab.

Why did you choose Johns Hopkins for your work?

When I interviewed at Hopkins, I got a sense of what a vibrant academic atmosphere looked like — students and postdocs and faculty all interacting as peers, with little sense of the typical academic hierarchy. I also had this strong sense that researchers at Hopkins attacked the heart of the question they found interesting, doing genuinely curiosity-driven research rather than having a predicated hypothesis that they set out to test.

What does receiving this award mean to you?

Since my first year when I got the Young Investigators’ Day booklet in my mail, I have been wanting to join the ranks of the top-notch scientists that have received this award. Many of the previous investigators have gone on to their own successful independent positions, an aspiration that I share.

What contributed to your project's success?

I have been incredibly fortunate to have an adviser and friend in Dr. Margolis that has given me the intellectual freedom to pursue the questions and ideas that I find most salient and interesting but also to provide me clear guidance when I needed it. I am also thoroughly lucky to be in an environment at Hopkins where I can feel free to ask for reagents, use equipment or get advice from any lab. I have gotten reagents or advice from someone on every floor of our 10-floor building!

What thoughts do you have about Young Investigator's Day itself?

When I was recruited to Hopkins, I was repeatedly told that students were the lifeblood of this institution, really driving science at Hopkins forward. Young Investigators’ Day embodies that concept at the highest level, and it is a true honor to be a part of it.

What has been your best or most memorable experience while at Johns Hopkins?

Outside of the general fun and hilarity between our lab and the Goley lab on the fifth floor, I would say that the most memorable experiences were when I led student recruitment for the BCMB graduate program. It was so gratifying to see so many students come here and do insightful and careful science.

What are your plans over the next year or so?

I’m looking to graduate within the year and am currently looking to find a position where I will continue working on characterizing the neuronal membrane proteasome and its physiological functions.

What are your hobbies or interests?

I worked at a coffee shop for a number of years in undergrad and it has stayed with me. I roast, grind and brew. Many aspects of the scientific process lend themselves to coffee roasting and brewing. I’m now trying to incorporate that with my love of seeing new places by visiting different growers and roasters around the world. 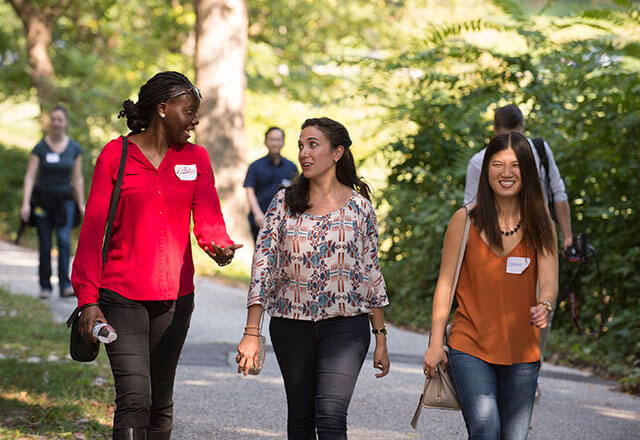 Living and working at Johns Hopkins as students, trainees and post-docs. 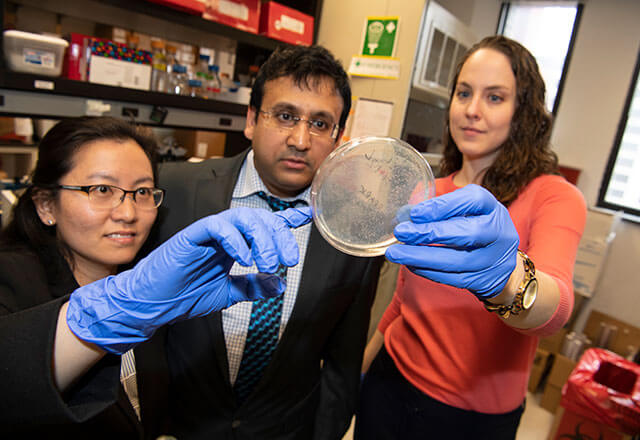 Read about life and research from the perspective of students, trainees and post-docs.