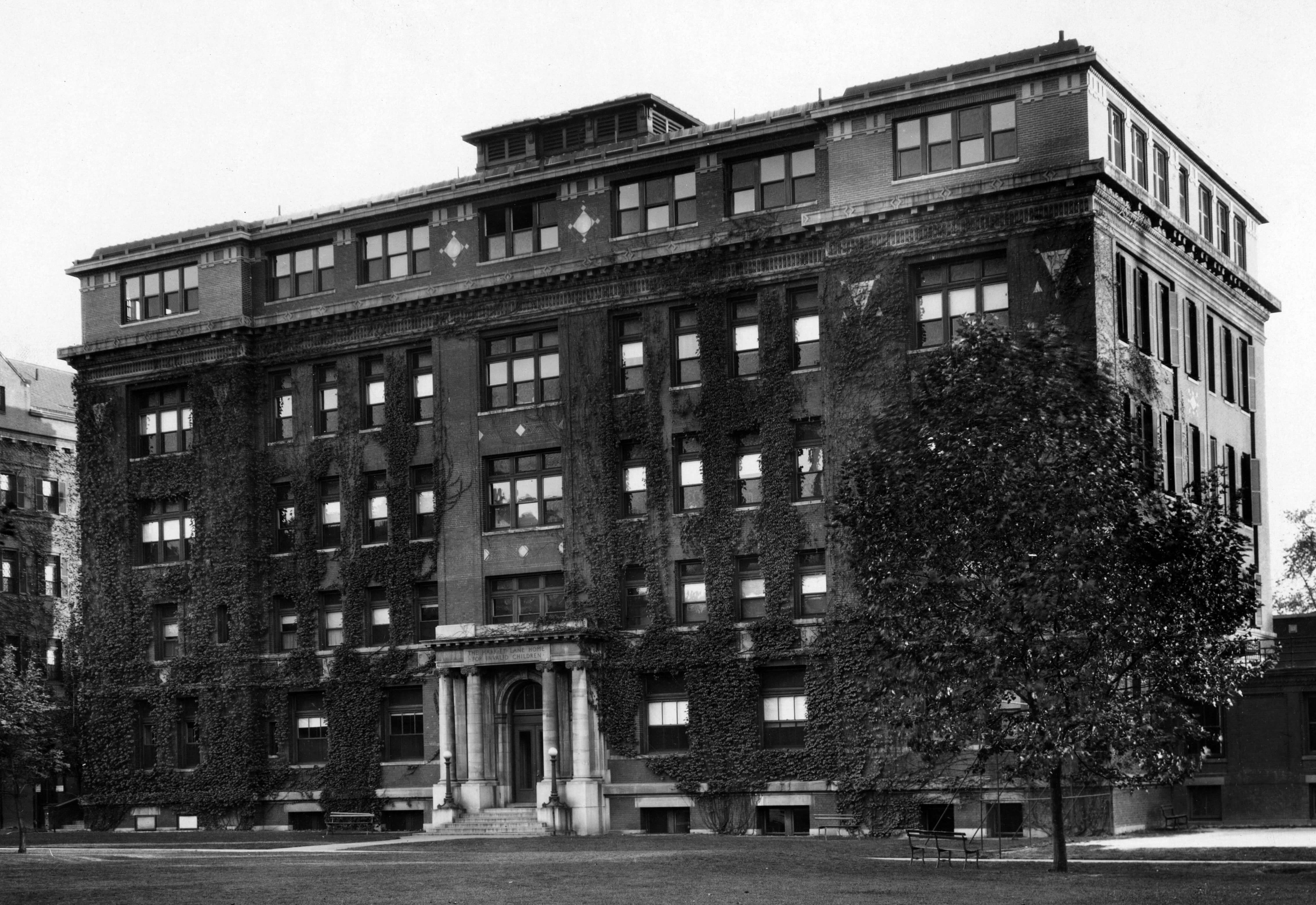 We opened in 1912 as The Harriet Lane Home for Invalid Children, the nation’s first pediatric hospital affiliated with an academic research institution, Johns Hopkins. Baltimore banker Henry Johnston and his wife Harriet Lane bequeathed our founding funds in memory of their sons, who died in childhood from rheumatic fever. By 1930, our clinicians had discovered that sulfa drugs could prevent its fatal cardiac devastation.

For nearly a century now, we’ve been pushing the boundaries of American pediatric medicine and developing world-class care for the sickest children and their families. Visit here often for more about our revolutionary brand of medicine and the dedication, innovation and brilliance of those upon whom it’s founded.

The Harriet Lane Home for Invalid Children, predecessor to the Johns Hopkins Children’s Center, opened in 1912. At that time, the Harriet Lane Residency program consisted of only one to two interns, and the number of daily visits was around 30. Today’s resident classes have increased to 27 to 28 members per class. More than 1,300 pediatricians have been trained here since the program’s inception.

The Harriet Lane Residency program has influenced pediatric care and training of residents through the publication of the Harriet Lane Handbook, now in its 22nd edition (2020). Harrison Spencer, M.D., Harriet Lane house staff 1951, proposed the idea for a handbook written by the house staff for house staff. By tradition, the pediatric chief residents have been the editors of subsequent editions. The mission of this project was three-fold: to document how to perform a test, to supply reference data, and to compile a list of drugs and pediatric dosages. Today the demand for this manual is very high, with approximately 50,000 copies sold each year.

Barton Childs, M.D. was a professor of pediatrics at the Johns Hopkins University School of Medicine, and a legendary geneticist and teacher who influenced the practice of generations of physicians and shaped their understanding of inherited disease.  He died in 2010 at the age of 93.  The weekly case conference in the Department of Pediatrics was named for Dr. Childs, who proposed a new holistic way of thinking about health and disease, one that takes into consideration each patient’s unique genetic make-up, as well as the environmental and cultural factors that affect the individual.  His 1999 book, Genetic Medicine: A Logic of Disease, is the basis for the new Genes to Society Curriculum of the Johns Hopkins University School of Medicine.

Catherine Neill, M.D. was a pediatric cardiologist who worked closely with Helen Taussig, M.D., the trailblazing cardiologist who in the 1950s led Hopkins’ “blue baby” team, which pioneered an open-heart surgery technique to repair congenital heart defects in infants. Neill (left in photo with Taussig) was interested in the causes, types and treatment of congenital heart disease, but her curiosity went beyond the purely medical aspects of cardiology, prompting her to pursue research in the psychological and social aspects of chronic illness in adolescence. She published extensively on the subject of holistic treatment of childhood heart disease.  Dr. Neill’s colleagues saw her as the consummate clinician, who was also a wonderful teacher with an exemplary bedside manner.  In 1999 one of the two general inpatient teams in the Johns Hopkins Children’s Center was named for Dr. Neill.  She died in 2006 at the age of 84.

William Zinkham, M.D. is a world renowned pediatric hematologist who was a beloved mentor to many residents, fellows and faculty members at Johns Hopkins.  Dr. Zinkham’s publications explored a variety of hematologic and non-hematologic conditions.  He was revered by residents for his diagnostic acumen, his ability to solve problems and his wizardry with the microscope.  One of the two general inpatient teams in the Johns Hopkins Children’s Center was named for Dr. Zinkham in 1999.

Frederick Heldrich, M.D. was a master diagnostician who taught generations of fledgling pediatricians the art and science of solving medical puzzles. At his death in 2007 at the age of 82, Dr. George Dover stated, “For more than five decades, he trained pediatricians in the art of medicine, and he seemed happiest teaching and learning new things, particularly at the bedside. He was a role model for us all.”  Dr. Heldrich was the Chair of the Department of Pediatrics at St. Agnes for over 30 years.  The inpatient service there is named in his honor.

Social Media Connect With Us