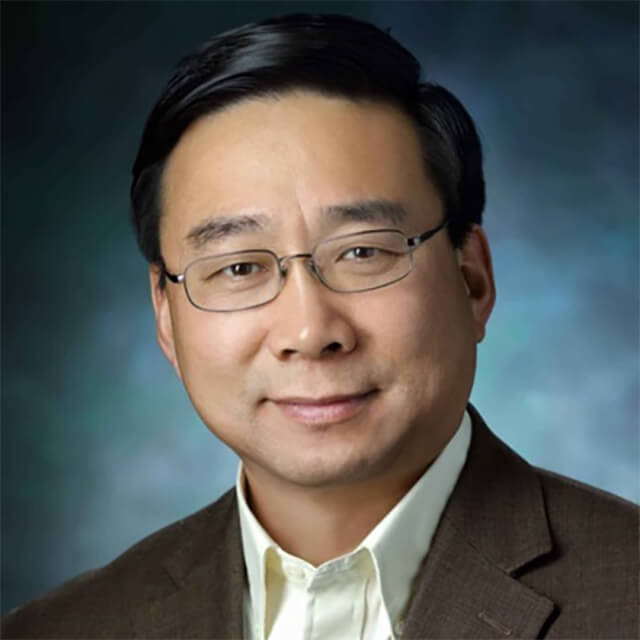 Xingde Li is a professor of biomedical engineering at the Johns Hopkins University School of Medicine. His lab works to improve endomicroscopy in the hopes of someday diminishing our dependencies on biopsies.On Feb. 5, 2018, Li joined Reddit's 'Ask Me Anything' and answered questions about his research.

What is the latest research news from your lab?

Li: We have recently developed two new endoscopic probes that have a potential to significantly improve imaging diagnostics. Our first probe uses the same basics from the two-photon microscope but in a much smaller footprint. Our prototype probe, 2 millimeters in diameter, takes advantage of the cell’s own ability to glow and eliminates the need for traditional fluorophores — usually harmful to the human body. This allow us to directly visualize fine structural changes and monitor cell activity in vivo and in real time at histology level but without the need for tissue removal. Our second probe is even smaller (approximately 500 micrometers in diameter) but offers us about four times higher resolution than other currently used devices. The small probe size eases the delivery of the endoscope to small areas of the body. This can greatly reduce the patient’s discomfort during the endoscopy procedure while also providing high-resolution and clear visualization of tissue microstructures. This is very important for detecting disease at early stages when tissue microstructural changes are subtle and the disease is still at a manageable stage.

I didn’t know that cells glow on their own. How bright do they glow and did you know that would be enough light before you made the probe?

Li: It has been known for many years that our cells fluoresce and we wanted to take advantage of this with our technology.

There are quite a few molecules — such as NADH and FAD, the molecules we use when our cells convert sugar to ATP in cell respiration — that fluoresce. There are a few other proteins that fluoresce as well, such as collagen, keratin and elastin.

Compared to chemical compounds used to label tissues in the lab, our cells aren’t that bright, which was tremendously challenging for us. We had to spend a lot of time and effort to pick up the weak signal. However, we didn’t want to use these compounds because they can be harmful to the body — most have not been evaluated by the FDA. If someday there are some compounds that are proven safe in the body and are tissue-specific, that would make our work 100 times easier.

However, fluorescence and glowing are slightly different. Fluorescence happens when a material absorbs energy from light at a certain wavelength, which excites its electrons. The light we see from fluorescence comes when that excitation energy is released as light.

You say the second probe is approximately 500 micrometers in diameter. Just how wide is that? Can you compare that to something?

Li: We just measured and 500 micrometers is about the thickness of five to six pieces of copy paper. There are two types of OCT probes used in clinics today. One that is typically used for the cardiovascular system is about 920 microns in diameter. Most of the probes are about 1,300 microns.

We are also working on a completely different wavelength (i.e., 800 nanometers) than existing probes (usually operating at 1,300 nanometers) to get high imaging performance. We were able to have a very small probe and achieve high performance this way.

How Small is Endomicroscopy Probe?

Xingde Li is a professor of biomedical engineering at Johns Hopkins Medicine. His lab works to improve endomicroscopy in the hopes of someday diminishing our dependencies on biopsies.Here, he compares how thick 500 µm can be by using sheets of paper.

Why is this smaller probe more beneficial? How does it lessen the need for biopsies?

Li: The size is important because we want to go inside small spaces in the body, such as the small airways of the lung and cardiovascular vessels, without injuring them.

As for biopsies, they are invasive and require tissue removal. One challenge in biopsy is to see where to take the tissue out. A lot of the time, the removals cannot be made with pinpoint precision, and we have to take an educated guess of which portions of the tissue may be affected by disease. With this low information, you sometimes have to take a lot of biopsies. For example, you may need to take 20-40 samples out from the GI tract, but the total sampled area can still be less than 3 percent of the organ, so we cannot know what abnormalities may have been missed. By offering clear pictures of tissue microstructures in real time, we hope our technology will eventually make it so that you won’t have to take the tissue out, and you can look at multiple spots very quickly.

There are also certain areas you don’t want to biopsy, such as the cardiovascular system and nerves. With noninvasive imaging technologies, you won’t need to worry about endangering the patient by removing tissue.