A few years back, Richard Huganir found a way to erase the emotional trauma from disturbing experiences in mice. The resulting small media frenzy compared the study to an earlier movie Eternal Sunshine of the Spotless Mind, a science-fiction love story in which the main character voluntarily erases memories of a former relationship. 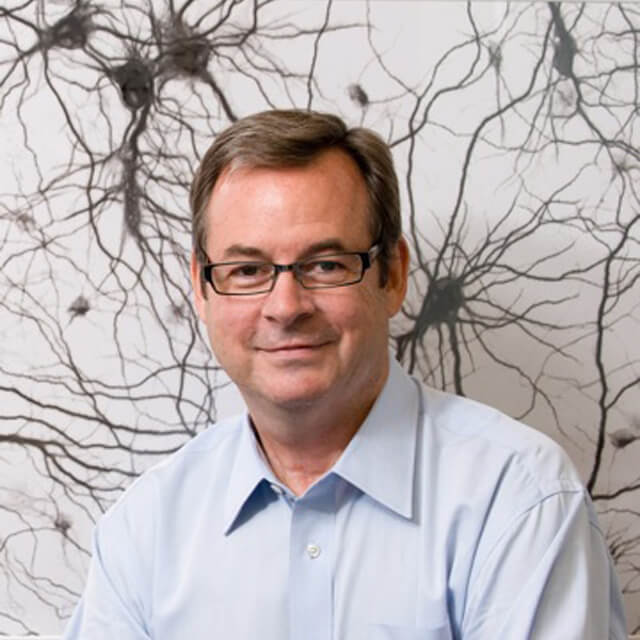 Several journalists have argued that erasing memory may not be such a great thing, but it seems like they may have misinterpreted the study. Can you clarify?

HUGANIR: We are not erasing actual memories; we are erasing the fear associated with those memories.

To study traumatic memories, we would play a tone for the mice and give them a mild shock at the same time. After a few trials, the mice began to associate the sound of the tone with the shock, and would become scared and freeze when they heard the tone, even in the absence of the shock.

We were then able to use behavioral techniques, like exposure therapy in humans, to eliminate the fear of the tone. Interestingly, this therapy only worked during a 24- to 72-hour window after the initial traumatic event. After that time, the brain was stable and couldn’t be retrained.

How does it work?

HUGANIR: During a traumatic event, the body releases adrenaline and norepinephrine, chemicals that are part of the so called “fight or flight” response. These chemicals strengthen the connections between neurons in the brain’s amygdala, which stores vivid emotional memories of the trauma.

We found that the behavioral therapy started a series of intricate molecular events in the amygdala neurons that reversed the strengthening of the neuronal connections made during trauma. Interestingly, we also found that if you re-expose a mouse to the fear trigger (the tone) without the trauma (the shock) and wait 24 to 72 hours, the therapeutic window reopens and the connections in the amygdala neurons can be manipulated again.

We discovered that during the therapeutic window, the behavioral therapy stimulated mGluR1—a receptor on the surface of brain cells that detects the neurotransmitter glutamate, which is involved in learning and memory. The mGluR1 activated the cells and reversed the neuronal connections created during the trauma, erasing the emotional part of the memory.

This may be a valuable tool for treating people with post-traumatic stress disorder, which is characterized by severe anxiety and flashbacks associated with trauma, like a bombing or a sexual assault.

How could your findings contribute to better therapies for PTSD?

HUGANIR: We are working with Barbara Slushier in the Brain Science Institute to develop drugs that can tweak the mGluR1 receptor, not necessarily flipping it on, but making it more sensitive to glutamate so that it initiates the rewiring process easier. This compound could theoretically be used instead of behavioral therapy or in combination with behavioral therapy for more efficient treatment of PTSD.

Are there any other benefits to tweaking mGluR function in the brain?

HUGANIR: In addition to erasing fearful memories, activation of mGluR receptors can reverse the rewiring of neuronal connections that occur when people become addicted to drugs, like cocaine or heroin, and relieve the craving and relapse of addicts. The same drugs developed to treat PTSD might also be used to treat drug addiction.

Richard Huganir on How Learning Rewires the Brain

Richard Huganir, Ph.D., discusses his fascination with how the brain remembers things. He is the director of the Department of Neuroscience at the Johns Hopkins University School of Medicine.


For 30 years, neuroscientist Rick Huganir has been studying what happens as the brain learns new information. Until recently, his research entailed teaching mice new tricks and then euthanizing them before probing their brain tissue under a microscope. But in the past few years, Huganir' has been using a new technique that lets him watch the real-time molecular changes that occur as a mouse learns. All he has to do is look through a window into its brain.