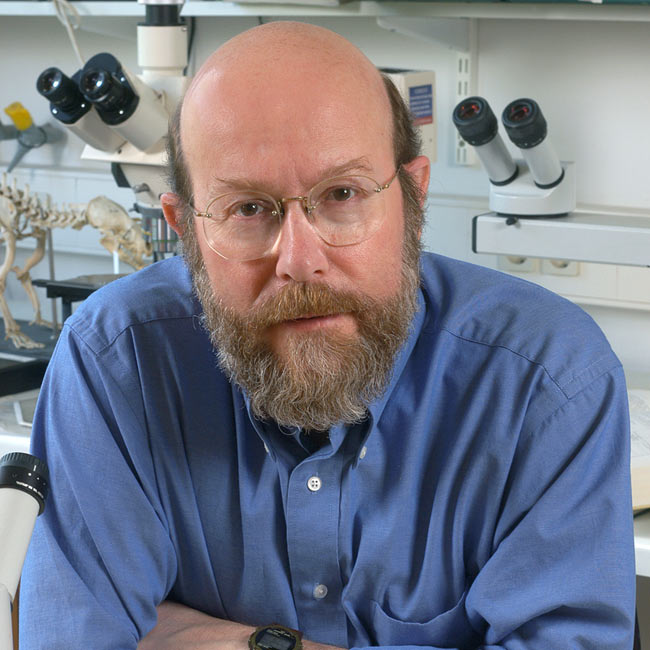 ROSE: Somewhere I got bitten by the natural history bug. When I was in third or fourth grade I had a museum of natural history in my basement. Fossils were one of the earliest and most important parts. There were also shells, minerals, plants, fungus, and insects. I grew up in northeastern New Jersey. One year, there was a construction site near my house. The excavation uncovered a boulder that was part of the glacial till, and it was loaded with fossils, marine Devonian creatures. I sent some of the things I found to the American Museum of Natural History.
Later, when I was about 14, while visiting my grandmother on the west coast of Florida, I came across a book called “Let’s Find Fossils on the Beach.” I called the author. She took me out collecting and became my first important mentor. She also introduced me to a curator at the Smithsonian named Clayton Ray. Years later I saw the letter she wrote to him. It said, “I’m sending this boy to you with a bagful of fossils.”
So I went off to college determined to be a vertebrate paleontologist.

Most of your colleagues at the School of Medicine focus on living systems. You obviously study things that have been dead for millions of years. Is it unusual for a paleontologist to be based at a medical school?

ROSE: I’m based at the Center for Functional Anatomy and Evolution. We are unique as a department at Hopkins. About half of us are in paleontology and half in anthropology. Our common interest is anatomy and evolution.
In academia, though, we’re not unique. Several other medical schools have similar programs in which vertebrate paleontologists and paleoanthropologists teach medical anatomy. Medical students need to learn anatomy. We know gross anatomy as well as or better than anyone because we work with it on a daily basis.

What are the prospects for students and postdocs in this field?

ROSE: If you love it, if this is your passion, it’s a great thing to do. And I would encourage anyone who has a passion for paleontology to pursue it. But in a practical sense, you can expect a devil of a time getting a job, and you’re not going to make a lot of money. Funding is very tough, tougher now than it’s ever been. During the last grant competition, the National Science Foundation division that funds paleontological research had such a limited budget that it could provide less than 5 percent of the funds requested.

The public, though seems to love paleontology. Dinosaur halls are some of the most popular exhibits at museums. There have been something like four iterations of the “Jurassic Park” movie.

ROSE: That’s one of the great ironies. What we do is so popular among the general public, more so than ever. But federal financial support is not high.

In addition to academia, what sort of career path can an aspiring paleontologist pursue?

ROSE: Paleontologists also work in museums or for the [U.S. National] Park Service. I know of some folks who have gone into scientific or popular writing as well as working as editors for academic publishers.