Kelly Metcalf Pate is an assistant professor of molecular and comparative pathobiology who uses her veterinary training to study HIV with mice and monkeys.

How did you get into research?

PATE: During my undergrad years at Boston University, I had to do a thesis project on any topic. My curiosity was piqued by these red-eyed tree frogs. They lay their eggs on leaves overhanging the water, and if the tadpoles sense an attack from a predator, they hatch prematurely and try their luck in the water. I wanted to know what kind of signals they were picking up and interpreting as “danger.” It turns out they sense vibrational cues. That project got me interested in scientific research. Then, halfway through vet school, I learned I could specialize in laboratory animal medicine so I could work with all the neat species you don’t get to work with in private practice. I liked that I would have the opportunity to do research and work for the betterment of animals.

What questions are you studying?

PATE: One big question is how platelets respond to HIV infection. It wasn’t until I was doing my Ph.D. work here in the cellular and molecular medicine program that I knew that platelets did anything more than stop bleeding. But they actually help ramp up the immune response by telling other white blood cells and endothelial cells, which line our blood vessels, that they need to alter their behavior to better combat disease. We do most of this work with macaques that have SIV, the monkey version of HIV, because we often can’t try promising new treatments in human volunteers or get the samples we need to ask important questions, like what happens early in the disease before symptoms appear.
I’m incredibly privileged to work with these macaques. I collaboratively plan all of my studies with six other independent researchers so that we can learn the most from every animal and work with the fewest macaques possible. We hope that by working together in such a manner, we may one day be able to cure HIV, a task we will only accomplish by targeting the virus in its most secret hiding places. What happens in many patients taking anti-HIV drugs is that the virus stops replicating and its numbers drop so low we can’t detect it in the blood, but a few virus particles are still hiding out somewhere, waiting for the right moment to mount a comeback.

Can anything be done to figure out where they hide?

PATE: While studying the platelets question, I was also helping a colleague engineer a mouse that could be used to study HIV. After transplanting white blood cells from HIV-infected humans into mice to study the cells’ behavior, we suddenly found HIV in the blood of the mice even if the transplanted cells came from patients whose HIV had been undetectable for years. So somehow, the transplantation coaxed the virus out of hiding. We are developing this into a test that can be used to determine whether someone is truly cured of HIV. And we are testing whether we will get the same results by transplanting cells from other organs, like the spleen. 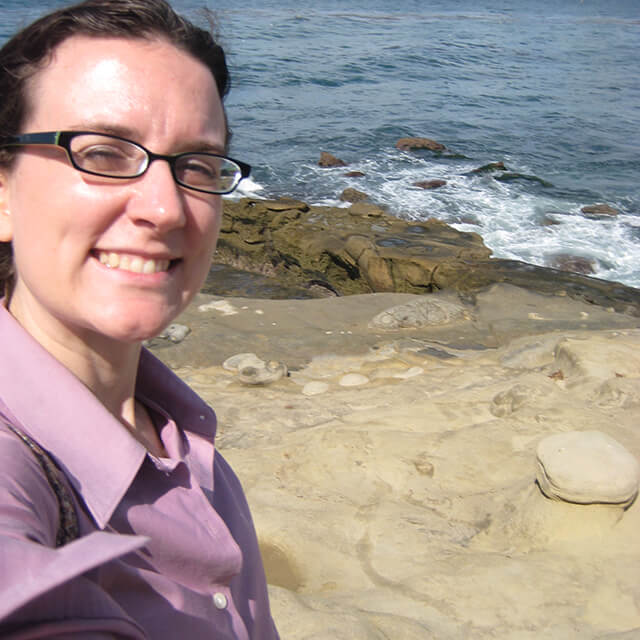 What do you enjoy doing in your free time?

PATE: I love exploring new places and new foods, both locally and internationally. I like museums, hiking, camping and taking road trips with stops along the way. I’m looking forward to bringing my 4-month-old son exploring with me when he gets a little older.

"We are developing this into a test that can be used to determine whether someone is truly cured of HIV." --Kelly Metcalf Pate

Platelets are 20 times more numerous than any other white blood cell.