John Aucott and Mark Soloski on Ticks and Lyme Disease

John Aucott and Mark Soloski on Ticks and Lyme Disease 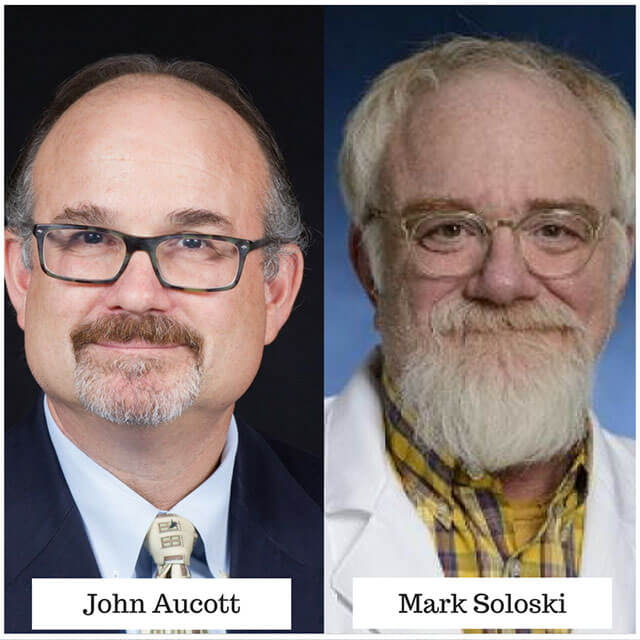 It seems the media has been widely reporting that the population of ticks and risk of Lyme has increased dramatically in past years. How true is this? And if it is true, what causes are leading to this?

Soloski: It is true, there has been a dramatic increase in the last decade of not just tick-borne disease, but also disease transmitted by fleas and mosquitoes. This is from data collected by the CDC. If you look at the maps, there is an expansion of the range where Lyme is reported both in the Northeastern and Midwestern U.S. Reasons for this are complicated — probably climate change and land use changes, combined to increase the habitats that support Lyme disease transmission.

If you could target one or two vectors to reduce the tick population, what would they be and why?

Soloski: There is a recent study that looked at the effectiveness of different methods to control tick populations. They reduced deer populations in one area, added a fungal agent that kills the ticks in another and added permethrin-coated nest materials for mice in a third. The anti-tick fungus and the mouse nest treatments worked the best. Deer reduction didn’t really have much of an effect on reducing infected ticks in an area, probably because the ticks simply fed on different mammals.

What are the consequences of removing the tick body, but failing to remove the head?

Aucott: The goal of removing the tick is to do it as quickly as possible using a firm pulling action with a pair of tweezers. This often leaves the mouthparts of the tick in the skin, which is not a concern. The bacteria is carried in the gut of the tick, which when removed removes the risk of Lyme disease.

What is chronic Lyme disease? Is it treatable or preventable?

Aucott: Chronic Lyme disease is an umbrella term that refers to a group of patients with chronic symptoms who have many different causes for their symptoms. Until better diagnostic tests are available, it is difficult to separate subgroups. However, there certainly are patients with Lyme disease who are treated and do go on to develop persistent symptoms. These typically include fatigue, cognitive complaints and musculoskeletal pain. This is best prevented by early diagnosis and treatment of Lyme disease, which has a much lower risk for persistent symptoms.

There are different schools of thought on chronic Lyme, even controversy on what to call the illness when people have persistent symptoms after treatment. Much of the controversy is a result of an incomplete understanding about this infection and is the reason much more research is urgently required.

Has Lyme always been this severe, or are these extreme cases new? Why do some people have such strong reactions to Lyme disease while others do not? Are the stronger reactions due to an overall weakened immune system?

Soloski: You are spot on in thinking that the immune system is involved. Our thinking is that there is an ongoing low level immune response that keeps firing after the initial infection. It is something we are studying very hard, and there are some hints that this is occurring in the people who exhibit these persistent symptoms.

My brother was bitten by a tick in Alabama, and it started shutting down his entire nervous system starting from his feet up. He had hours to live before they found the tick while putting an oxygen mask on him. Once they pulled the tick his condition immediately began to improve. Ever heard of anything like this? What happened?

Aucott: Yes! It sounds like your brother had a case of tick paralysis, which is from a toxin contained in certain ticks. It is resolved by removing the tick, like in your brother’s case. Congratulations to an observant respiratory therapist. Fun fact: Tick paralysis is not an infectious disease, it’s toxin-mediated.