Gul Dolen on Philosophy, Neuroscience and the Study of Autism

Gul Dolen on Philosophy, Neuroscience and the Study of Autism 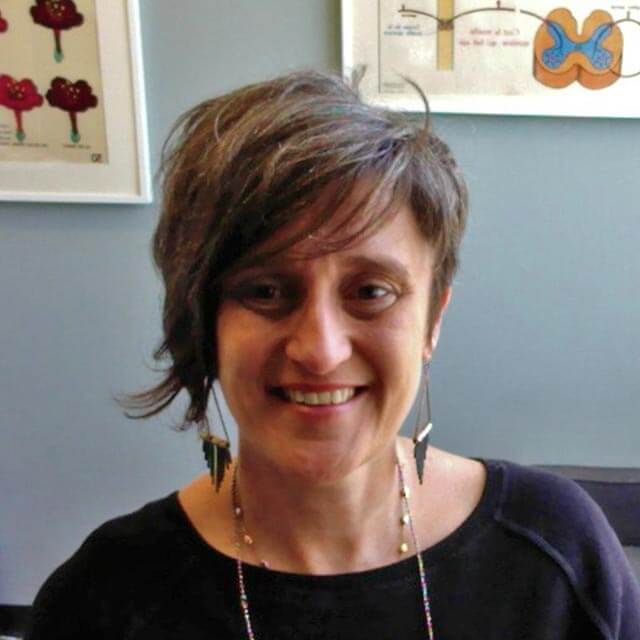 Gul Dolen is an assistant professor of neuroscience. She studies various aspects of autism, from the genes that contribute to the disease to the behaviors seen in the disorder.

Is it true you chose neuroscience over underwater archeology?

DOLEN: My parents are Turkish, and when I was a kid we had gone to this museum in Turkey that’s right on the beach, the Museum of the Institute of Nautical Archeology (INA). There were dioramas of scuba divers bringing up ancient shipwrecks, and I was bewitched by the knowledge that this was actually a job that somebody could do.

Later, when I was an undergraduate, I really loved neurobiology in general and electrophysiology in particular, but I had always envisioned myself doing fieldwork in some remote place. So before I could commit to a career at the bench, I wanted to give myself the opportunity to explore something closer to that vision. So I concocted in my mind a fantasy job of photographer for an underwater archeological excavation. I contacted the INA and asked if they needed a photographer, and they said yes.

It was fun — it was exactly what I had imagined — but about halfway through the excavation I found myself telling people about how synaptic transmission works, and the cellular mechanisms of learning and memory. At the end of the summer, I had another job offer to work as an artifact photographer in Kenya, but I turned it down to work as a technician in a lab at Columbia University to increase my experience level so that I’d be ready for graduate school.

What did you learn from your artifact photographer experience, besides realizing your true calling?

DOLEN: Everyone working on the shipwreck was an archeologist except me. I realized that participating in a project like that can be fascinating if you’re intellectually engaged, but if not, it can actually be sort of boring. They would spend hours chipping away at some artifact and discussing ship design and trade routes. I’m sure to an outside observer, the kind of stuff we obsess over in neuroscience must seem really detail-oriented in that same way, but to me, that was what was fascinating. And the lifestyle part of the fantasy, it turns out, is just secondary to the intellectual part. 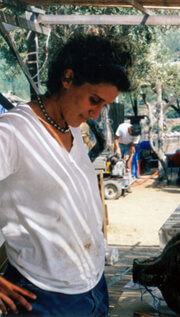 Dolen looks at an artifact pulled from a shipwreck during an excavation in Turkey (1998).

What drew you to study autism in particular?

DOLEN: I had designed my own major as an undergraduate that involved different perspectives on the mind from philosophy, neuroscience and linguistics. I came across this idea that you might be able to make an argument against Cartesian dualism using the example of autism. This immediately grabbed my attention, so I started reading up on autism and trying to understand whether it fit into this theory or not, but also what was known about it as a disease, and at the time there was very little known. I was drawn to the challenge of it.

While I was working as a technician, I kept telling everybody in the lab that I was going to cure autism, and they’d all laugh at my naive enthusiasm. I guess to this day, I am still working to prove them wrong.

And what is your approach to tackling autism?

DOLEN: In the last few decades, there has been an explosion in our understanding of the genetics of autism, and it turned out to be much more complicated than anyone had imagined. So far, about 650 genes have been identified that contribute to the disease, and together they only account for about 25 percent of the causes of autism. Just by looking at the genes and working our way up to function, I don’t think we would ever get the full picture of autism.

Instead, I think we also need to start looking at the behaviors seen in autism and work our way down to the brain circuits, synapses and neurotransmitters involved. The symptoms of autism are hard to model in a mouse, but as a postdoctoral fellow, I modified an existing assay to measure whether a mouse finds social interactions to be rewarding. Now that I’m in my own lab, I want to take the next step and model autism in mice by introducing mutations we know cause autism in humans into the mouse genome. Then we can ask, what is their social reward response, and what are the synaptic changes in these mice that correspond to lack of desire for social interaction? 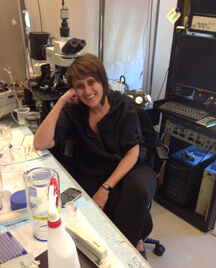 Dolen in the lab.

Will you be exploring other potential explanations for autism?

DOLEN: While I like the idea that social reward is a central thing that’s gone wrong in autism, I think it won’t turn out to account for all cases. Clinical studies have found that people with autism have an impairment in “theory of mind,” which is basically the ability to understand that other people have feelings and thoughts, and that these might be different from our own. For humans, who are very social, the complexity of our social interactions and networks almost requires this ability to intuit what someone else means, and predict what they might do based on that intuition. In the 1980s, there were some studies done that suggested people who had autism, but not people who were age- and IQ-matched and had Down syndrome, were not able to properly perform a task that measures theory of mind.

Theory of mind is considered by many people to be a human-only trait, but I think that that’s a little anthropocentric. There’s evidence that dolphins, monkeys and probably certain types of birds have theory of mind. I believe even mice have a theory of mind, or some evolutionary predecessor of it, because it would be extremely useful if you were trying to predict where your prey or predator would be. I’m obsessed with the idea that we can come up with a behavioral task that would allow us to measure theory of mind in mice. We’re working on figuring that out.

If we can work out the neural circuits that are responsible for theory of mind, that by itself will be fascinating. But it would also help us to design therapies for autism, because we would know that we’re targeting in mice the same function that goes wrong in humans. One of the major challenges of translational neuroscience now is that the kinds of tools we use to measure autistic deficits in mice aren’t available in humans, and we need to find those things we can measure both in humans and in mice.Then, the electrophysiologist standing just outside the machine uses real-time MRI scans to thread the catheter to the right location. Finally, the pigs undergo another MRI after the procedure to check if the ablation worked as planned. “By developing new ways of looking at tissue with MRI before, during and after intervention, I think we can dramatically improve upon the success rate of this and similar procedures in the near future,” Herzka says.