Caroline Vissers on Diversity in Science and Science Communication

Caroline Vissers on Diversity in Science and Science Communication 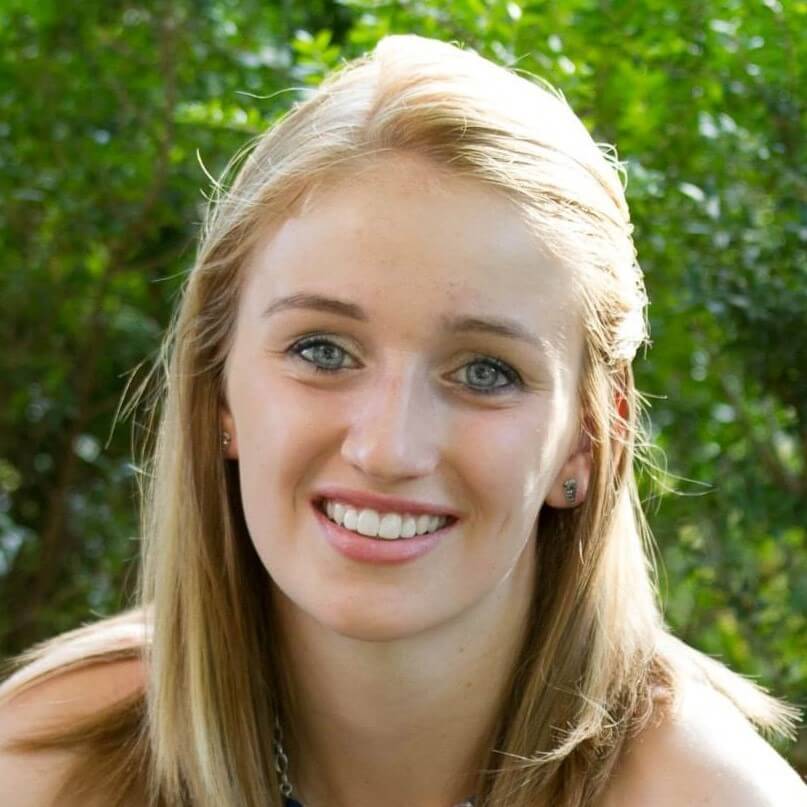 Caroline Vissers is a graduate student in biochemistry, molecular and cellular biology at the Johns Hopkins University School of Medicine. Her essay “Diversity at the Top of the Social Media Signaling Cascade” won third place in the Albert and Mary Lasker Foundation Essay Contest.

How do diverse perspectives tie into communicating science?

I think it’s really important for scientists to share their work. Traditionally, when a scientist shares their work, they share it with the people around them. Those people are more than likely nondiverse scientists. Scientific discoveries should not be more readily available to one group than another. The fact that there’s this bias in who is promoting and disseminating science creates a disparity between those who have access to this more in-depth understanding of science and medicine and those who do not.

In your essay you emphasized having the space to explore individual identity. Why do you believe that understanding personal identity is so important for scientists?

I attended a seminar on racial equity through the Baltimore Racial Justice Action group, and in that seminar you do a lot of exploration of understanding your own racial identity and how that fits in society. It was once a week for three or four hours for eight weeks. Every week we were given weekly readings, and we would watch movies or media about how concepts of race have formed in America and how that has historically affected white people and people of color. A lot of it was very carefully led by the trained seminar leaders to work through how we perceived what we were learning or reading or hearing — essentially how things affect you as a white person and how they affect other people differently. The seminar really opened up my perspective.

As a white person, I have an enormous amount of privilege, and I’m not always aware of that. Most people don’t really know how to deal with issues of diversity, especially those of us who are white. Facing that and really digging into understanding your racial identity — for example, how you feel about your racial identity, how that fits into society, and then what your roles can be in improving racial equity — are really crucial. It’s sometimes hard to face some of these truths. It can be uncomfortable, but in the end, it’s necessary to improve science and society.

How do you feel like your own identity as a scientist has changed?

I think my identity hasn’t shifted directly from doing science but from working in the institution of doing science. You really see that there’s this power hierarchy from graduate student to postdoc to principal investigator to department chair and so on. And you can see that there’s a bias toward white men in that power hierarchy. In graduate school, I have a number of classmates who are underrepresented minorities who are really incredible scientists, but you notice a drop off of underrepresented scientists as you move up through this hierarchy. It’s really stark and noticeable as you’re going through it. That definitely made me reflect a lot more about what’s happening and what needs to be done in order to stop that drop off as you move up the power ladder.

The crucial thing is that diversity is not just hiring more diverse scientists or admitting more diverse graduate students. It’s also inclusion and making sure that those people have a seat at the table where the decision making is made. Because a lot of times there’s really a systemic issue in diversity, and just hiring people to fill a numbers list is not fixing that system. It really needs to include giving diverse scientists a voice and power to make changes.

Not nearly as much. On your news feed, a tweet from a grad student shows up right next to a tweet from a department chair, who may have more followers and influence, and you process that information equally. You can decide if you are interested in one more than the other, but the information is presented side by side. But when you go to a conference and there’s a panel discussion, a really famous scientist stands up and everyone stops and listens. When a graduate student stands up, half of the people are looking at their phones. So social media is a different platform from a physical space where people look at you and judge you, as opposed to Twitter where what you mostly see is the text in front of you. It’s a great way to see ideas, hopefully without as much bias.

How do you interact with social media as a scientist?

I use Facebook for more of my personal stories and anecdotes, which includes science anecdotes. That reaches my friends who are not scientists, and they get a glimpse into the life of science. I started using Twitter to connect with other scientists about six months ago. You can follow people who are leaders in your field and see what they’re talking about, some of the ideas they have, the papers they’re sharing. And you can write whatever you want. If you have an opinion you can write it, and that’s a great way to get your opinions to a large audience of other scientists. I think it’s a growing system but it does seem to work pretty well. Especially because on Twitter I follow a lot of people I don’t know. You can see and hear a more diverse set of opinions on a daily basis.

How has being on Twitter and social media shaped you as a scientist?

I read more papers because of Twitter that are outside of my field. People are promoting their own papers — it’s this network. When someone I know, who doesn’t necessarily work in the same field as me, tweets their own paper and says, ‘This just came out, here’s what we found,’ I’m much more likely to read their paper than when a journal sends me their table of contents. These papers influence the way I think and what I know about my own science. I also think that having this stream of really diverse voices has helped shaped some of my opinions in what science is important to pursue and how we can improve science.

Do you have any examples of that?

So, for example, people generally use all male animal models. But recently the NIH mandated that you use both male and female animals. There’s a lot of discussion about things like that on Twitter. There’s also a lot of discussion on personalized medicine — what is important about it and what are the pitfalls. The advocates for these kinds of things are the people who are being ignored in the traditional sense. For example, the advocates for using female models are generally women. If you’re in a place where there’s not that many women or underrepresented minorities in positions of power, there is less advocacy for these issues that largely affect underrepresented minorities. And that can shape your experimental design very directly.

Is there a book you’d most like to see in a science curriculum, and why?

One book that I found really helpful is Why Are All the Black Kids Sitting Together in the Cafeteria by Beverly Daniel Tatum. It’s a really interesting perspective on why people form certain social groups and what it feels like to be a minority in a space that has a lot of white people. And I think this book is really useful in expanding your understanding if you’ve never felt marginalized.


Three postdocs developed a mentoring program that has changed how underrepresented minority students at Johns Hopkins find support among their communities.