Andrew Holland on Creating a Better Model for Human Cancers

Andrew Holland on Creating a Better Model for Human Cancers 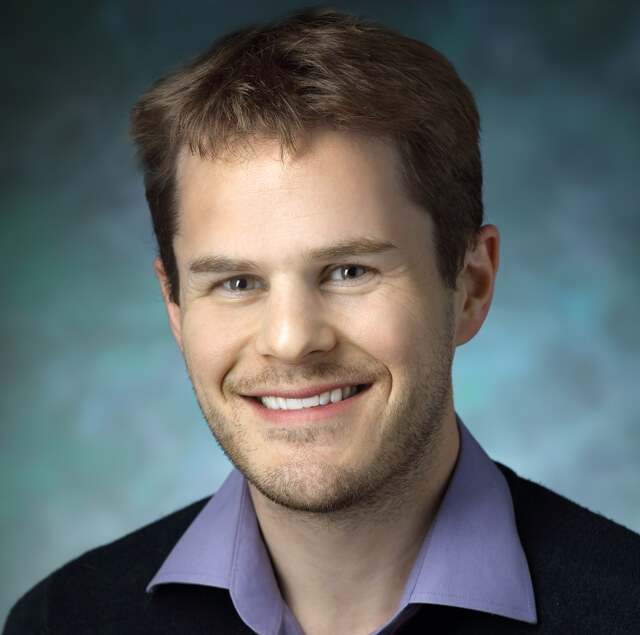 Andrew Holland is an assistant professor of molecular biology and genetics and of oncology. He studies cell division and the role it plays in human diseases.

As a citizen of the United Kingdom, why did you decide to settle in the United States?

HOLLAND: After I finished my Ph.D. at the University of Manchester, I was looking to come to the best place in the world to do research. I think that’s clearly the United States, which attracts some of the greatest minds in the world. It’s an obvious career path for a scientist to come to the United States for postdoctoral research. The biggest surprise—at least to my family—is that I stayed here. In the end, I thought the opportunities in the United States were richer, and I couldn’t turn down an opportunity to join the faculty at Johns Hopkins. It has been a great adventure leaving home and living in a different country and seeing new ways of doing things. I highly recommend it.

How did you become interested in studying cell division?

HOLLAND: Cell division is required for organisms to propagate and is therefore a fundamental basis for life itself. Watching a film of a cell dividing is a wonderful experience that I recommend for everyone. You’ll immediately appreciate the beauty and exquisite choreography required to equally partition the genome during cell division. This process occurs trillions of times a day in our own bodies.

The first time I did any research was as an undergraduate in Jonathan Pines’ lab at the Gurdon Institute at the University of Cambridge. His lab studies how cells deposit a complete copy of the genetic instruction manual into each of the two “daughter” cells during division. To this day, I haven’t strayed from this research topic.

Studying cell division sounds like purely basic, curiosity-driven research. Is there any connection to human health?

HOLLAND: Absolutely. We know that errors in cell division play an important role in several human diseases. For example, Down syndrome is caused by faulty separation of chromosomes in the egg that result in individuals with three copies of chromosome 21 instead of the usual two.

Cancer cells divide their genome poorly, and they make a lot of mistakes. The vast majority of human cancers have an abnormal number of chromosomes because of errors in chromosome partitioning when those cancer cells divide. These errors create genetic diversity in tumors, which allows cancer cells to adapt and acquire resistance to treatments. If even a single resistant cell escapes the effect of the cancer therapy, a tumor may relapse, which is a major barrier to cancer treatments today. By creating models that accurately recapitulate the genetic diversity of a tumor, we might be able to get a better handle on how to provide more effective anti-cancer therapies.

How do you study tumor heterogeneity in the lab?

HOLLAND: We use mice as a model. However, most of the tumors formed in mice do not have the chromosome diversity found in human tumors. Therefore, we are creating mouse models that are more like the human condition, with abnormal chromosome numbers. By increasing levels of a protein at a specific point in the cell cycle, we can create more centrosomes—structures that serve as an anchoring point for the cell’s cytoskeleton that help pull dividing cells and their chromosomes to each daughter cell. By triggering the appearance of extra centrosomes in specific cell types and tissues, we can drive chromosomal segregation errors similar to those found in human cancers. We think these engineered mouse tumors might be a more accurate model for testing cancer therapeutics.

Can cells divide without centrosomes?

HOLLAND: We know some do. When female eggs form, they break down their centrosomes and are able to divide. In humans, the egg ends up getting a new centrosome from the sperm cell when the egg is fertilized.

Researchers have taken centrosomes out of cells growing in culture and found that they will still divide, but they make more mistakes.

We are trying to understand the role the centrosome plays in tissue architecture, and whether having abnormal numbers of this structure affects cancer formation.

Andrew Holland discusses errors in cell division can result in an abnormal number of chromosomes in cells, which can lead to cancer.