Carol Greider on the Importance of Sharing Results ‘ASAP’

Carol Greider on the Importance of Sharing Results ‘ASAP’

Carol Greider is the director of the Department of Molecular Biology and Genetics at the Johns Hopkins University School of Medicine. Her lab studies age-related diseases and structures at the ends of chromosomes, called telomeres, which keep DNA from being damaged when cells replicate. This year, she became involved with ASAPbio, a group of researchers, funders and scientific journals working to implement a worldwide system for the use of preprints in biomedical science.

Greider: ASAPbio is a self-organized movement that set out to look at the use of preprints — that is, publishing a paper on a free online server before submitting it to a journal — in biomedicine. The group met in person for the first time at a conference in February, and four organizers stepped forward: Ron Vale, Jessica Polka, Harold Varmus and Daniel Colón-Ramos. Senior scientists, junior scientists, journal editors, journal producers, data management people and funders all came together to brainstorm the use of preprints in biomedicine.

What are the problems in biomedicine that this group addresses?

Greider: There are a number of incentives that are not properly aligned to help scientists move forward in their careers. A paper called “Rescuing U.S. Biomedical Research from Its Systemic Flaws” put a finger on a lot of the issues that scientists face, specifically young scientists.

One issue is how difficult it is to publish papers these days. The time it takes between submitting a paper and actually getting it published has gotten significantly longer. Also, there are issues with pay walls. For a lot of journals, your paper is not automatically available for free to everyone on the web. A lot of them will have a six-month delay. With that, you are basically delaying the progress of science. If we have the ability to put up papers on a server right away, that will get the science out there more readily.

What made you decide to “go rogue” and publish your work on a preprint server earlier this year?

Greider: I was invited to the ASAPbio meeting and saw the initiative as an opportunity to change something in biomedicine for the better. They put out a challenge to all of the senior scientists at that first meeting — and they specifically doubled down on the four Nobel laureates who attended — to publish a paper on bioRxiv (a preprint-hosting database). I had a paper that I was working on, a perspective piece where I was the only author, and was able to upload it to bioRxiv on Leap Day, Feb. 29, 2016.

Greider: Some people say that preprints would allow a whole bunch of trash on the server. But right now, there are thousands of biology journals publishing content, and we’re under no illusion that there is high-quality material in all of those journals. People can certainly still put trash up, but then we’ll see where they end up getting published after peer review.

A bunch of young people were live-tweeting the ASAPbio meeting, so there were a lot of little slogans flying around. One of them was “It’s not just tacos, it’s beer and tacos.” It means that you don’t just put up a preprint on the server and that’s it — both steps are necessary. There needs to ultimately be a peer-reviewed version, but at least get the ideas out there first where you can get a lot of comments and edit your paper, and then go through the process to bring it to the next level.

Does publishing your work as a preprint hurt its chances of being published in a journal later on?

Greider: There were a number of journal representatives at the meeting, and most of them were very supportive. Physicists have been using preprints for 20 years, so journals like Nature and Science have already been publishing preprinted physics articles for some time. Others were less supportive. None said you absolutely couldn’t do it, but they weren’t encouraging it and said they would deal with it on a case-by-case basis.

My own paper that I submitted to Genes and Development was published on July 1. So from Feb. 29 to July 1, some version of the paper was available to the public. Then, after all of the paperwork came through, I got notice that in order to have it be open access, I would have to pay $2,000 because Genes and Development has a pay wall. The draft was already freely available on the BioArchive, but I couldn’t make the final version freely available without paying. I thought it was a real conundrum because the whole point of the group is to promote open science and to be able to get information out there more freely. So I paid the $2,000, it went up on open science and it ended up being the most downloaded paper that month. It was a privilege that I had the money to pay to make my work freely available, but a lot of labs do not have that luxury. It’s exactly what we are going against. I ended up having to go through the system that we are trying to break. 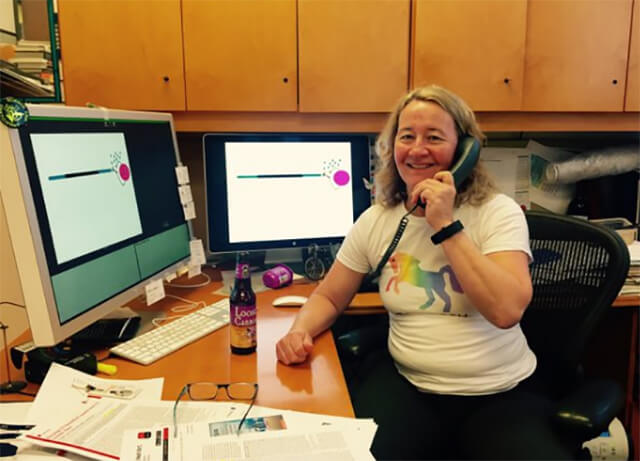