Zika: All Hands on Deck 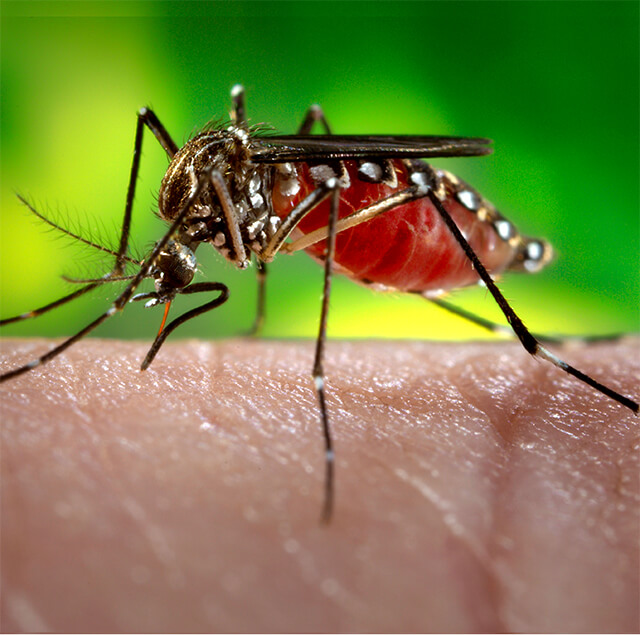 Zika: All Hands on Deck

Could mini-brains hold the key to understanding #Zika virus?

July 2016—It was a regular January day for Johns Hopkins stem cell biologist Hongjun Song when the light bulb came on. He was in the lab, chatting with graduate student Xuyu Qian and postdoctoral fellow Ha Nam Nguyen, who had been toiling for three years on a new way to replicate brain development in the lab. Now they had a good system going and needed an initial problem to solve.

“What about Zika virus?” asked Qian, pointing to his computer screen with the big red letters “CNN” on top. Another alarming headline proclaimed a surge in babies born with microcephaly in South America. The group talked about what little they knew about the Zika epidemic and continued to mull it over.  There was a clear association between Zika infection and microcephaly but no hard evidence indicating that the one caused the other. It could be the perfect test case for their new system, but they had no experience working with viruses, so Song started reaching out to collaborators to find someone working on Zika.

A few days later, the director-general of the World Health Organization called an emergency meeting of 18 experts. On Feb. 1, she declared a Public Health Emergency of International Concern and wrote: “The experts agreed that a causal relationship between Zika infection during pregnancy and microcephaly is strongly suspected, though not yet scientifically proven. All agreed on the urgent need to coordinate international efforts to investigate and understand this relationship better.”

“That did it,” says Song. “We knew we needed to answer that question.’”

And they’re not alone: Across Johns Hopkins, researchers from a range of disciplines have pivoted to train their sights on Zika. This summer, as mosquitoes in the U.S. breed and fears of local transmission develop with them, these scientists are working furiously to overcome the threat from many angles.

Most of us have the luxury of seeing mosquitoes as merely annoying. But mosquitoes are by far the most deadly animals in the world because of the illnesses they sometimes carry. Although Zika hasn’t been on our radar for very long, the primary carrier of Zika, the Aedes aegypti mosquito, also transmits dengue fever, chikungunya and yellow fever — which means we already know a lot about it.

A field researcher from the Centers for Disease Control and Prevention (CDC) holds a collection bag from a light trap for mosquitoes. Credit: CDC

For example, A. aegypti likes to feast on humans more than any other animal. It finds us by following our “scent,” but exactly which molecules within that scent are most attractive is unknown. Neuroscientist Christopher Potter has been looking for an answer with another mosquito, the malaria-carrying Anopheles gambiae, for a few years now. Once found, Potter says, attractants could be used in traps, either to kill the mosquitoes or to capture them to test for infectious agents. They could also be used to develop stronger repellants, especially ones that are harmless to humans and the environment, or odors that keep males away from females.

Potter has genetically modified A. gambiae mosquitoes so that the nerve cells in their “noses” and brains light up when activated by odorants. He and Conor McMeniman of the Johns Hopkins Bloomberg School of Public Health plan to test the attractants and repellants identified in his A. gambiae studies on A. aegypti.

Another anti-Zika tactic is to develop a vaccine, primarily aimed at preventing viral infection in women and consequently the devastating damage that can occur in developing fetuses.

Hai-Quan Mao of the Johns Hopkins University Whiting School of Engineering and the Institute for NanoBioTechnology and pharmacologist Thomas August have developed a vaccine strategy and are now testing it in mice. Their rapid response to the Zika epidemic has its roots in August’s 1985 discovery of a protein called LAMP, which helps pieces of viral proteins be displayed by specialized immune cells so that helper T cells learn what to attack. With a bit of genetic engineering, August can insert the DNA sequence for a Zika protein into the LAMP DNA sequence. This results in the Zika protein being placed on the outside of antigen-presenting cells where it can interact with T cells.

Mao’s group created an important addition: a delivery method for the vaccine. For more than a decade, his team has been designing tiny “nanoparticles” that spontaneously assemble around DNA and RNA. Their nanoparticles not only protect DNA from being degraded in the body but also help to deliver it to where it needs to be — in this case, the lymph nodes, immune system headquarters. That, in turn, enhances the immune response against Zika.

The team is now testing its vaccine system in mice to figure out which section of the Zika genome to use, what dose to give, how much the immune system will respond and how long its responses will last. Within a few months the researchers hope to have enough data to proceed with a phase I clinical trial in humans.

Ming and Song, together with Wei Zheng’s group at the National Center for Advancing Translational Sciences, are using brain cells grown in petri dishes to test existing FDA-approved drugs to see if any prevent virus from entering brain cells or from killing them after infection.

They’ve also used “mini-brains,” three-dimensional structures the size of a pinhead that contain all six layers of brain cell types found in the human cortex, to confirm that the Zika virus targets neural progenitor cells, and suggest how Zika could cause different effects depending on the stage of fetal development when it strikes. At a stage approximating the second trimester of pregnancy, Zika slowed the growth of the mini-brain and produced a thin cortex. But earlier on, the effects were so severe that the mini-brains disintegrated.

Now the biggest mystery left is how Zika wreaks havoc at the molecular level. To answer this question, Ming and Song’s team is testing each protein Zika produces in fetal mice to identify which harm cells and how.

Molecular biologist Andrew Holland is also working with them on a related question. He’s an expert on centrioles, small structures that anchor the “ropes” used by cells to properly pull chromosomes apart as a cell divides. Oddly, mutations in centriole genes are involved in inherited cases of severe microcephaly. To find out whether Zika virus messes with centriole function, Holland is putting Zika genes one by one into human skin cells to see where each protein goes. If any congregate around centrioles, the next question will be whether they interfere with their function.

Finally, several projects are in the works to improve patient care. Even diagnosing Zika is challenging for several reasons: Blood samples must be sent away to labs that have the right equipment, the viral DNA is only present for three to four days post-infection and Zika DNA is hard to distinguish from that of related viruses, like dengue.

To tackle all three challenges, Ming and Song teamed up with pharmacologist Heng Zhu to develop a “point-of-care” blood test based not on viral DNA, but on antibodies targeting Zika. Such a test could be administered in clinics and generate an answer in minutes, even if the infection happened months ago. “We need something as quick and easy to read as an at-home pregnancy test,” says Song. Zhu has created similar tests for SARS and two types of herpes viruses. The team hopes to complete its diagnostic as soon as possible since it is urgently needed.

Neurologist Carlos Pardo-Villamizar, who hails from Colombia, points to the Olympics starting in Brazil next month. Since Brazil is now in its coldest season, which doesn’t favor mosquito breeding, his primary concern about the Olympics is not that hundreds of people will contract the virus but that the few who do won’t know and will bring it home and spread it sexually. An easy diagnostic tool would help stem the problem.

For his part, Pardo-Villamizar is leading an international effort called the Neuroviruses Emerging in the Americas Study, which began in January 2015. Its primary tool is a registry of data from patients across the Americas with neurological diseases and suspected mosquito-borne infections. “When Zika came, we had already been working in Colombia for 10 years, studying the infections that people with HIV or mosquito-borne diseases, like dengue, succumb to and the way these infections impact the brain. The infrastructure and partnerships were already there, and it made sense to redirect our efforts,” says Pardo-Villamizar.

His coalition of medical centers and individual doctors thoroughly evaluates patients with diseases of the nervous system and collects blood, urine and spinal fluid samples from them, as well as tissue samples from cadavers. The group is also using autopsy information to learn exactly what kind of neurological damage occurs after infection with mosquito-borne viruses.

Pardo-Villamizar hopes the registry will soon shed light on these diseases and how to take care of the patients affected by them. “There’s an urgency to Zika research because of the number of people infected, the severity of its effects, and the fact that we have no treatment options for it or any of the other mosquito-borne diseases,” he says.

With luck and hard work, that sense of urgency at Johns Hopkins and around the world will soon translate to more options and better care for those affected by Zika.

“There’s an urgency to Zika research because of the number of people infected, the severity of its effects, and the fact that we have no treatment options for it or any of the other mosquito-borne diseases.” --Carlos Pardo-Villamizar

The evidence gets stronger every day that the Zika virus causes a serious birth defect when pregnant women get the virus. VOA's Carol Pearson reports on a groundbreaking study that found a likely biological link between the virus and microcephaly, the birth defect.

Wade Gibson is a professor emeritus of pharmacology and molecular sciences. His lab studies a type of herpesvirus called cytomegalovirus.