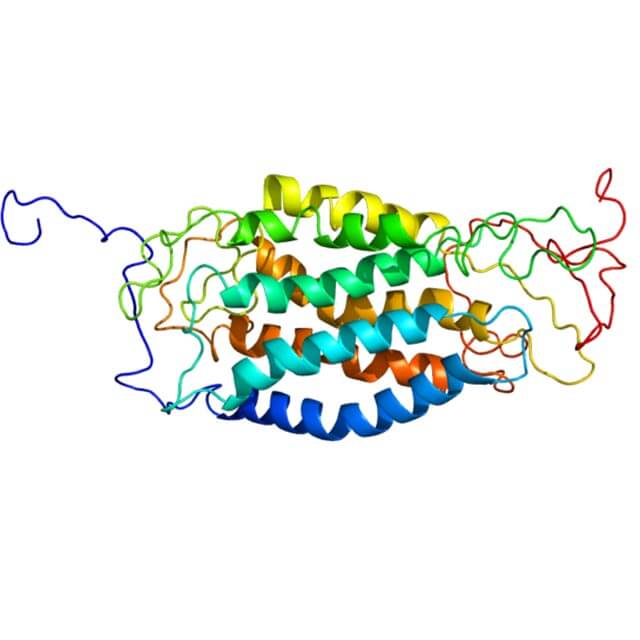 A model of the CCR5 protein, Wikipedia.

Applying the principles of evolution to modern-day medicine

January 2014--Efe Sezgin, a research associate with a background in ecology, works in the cubicle of a shared office in the Johns Hopkins Bloomberg School of Public Health. He doesn’t excavate fossils but he does spend his time digging into our past. He uses computers to analyze current-day genetic sequences to piece together bits of history in order to inform the present and predict what the future might hold.

“Historical experiences leave their footprints in our DNA,” says Sezgin. “We can compare individual sequences, combine that information with historical data and model what might have happened through time.”

Sezgin explains that a population’s diet, environment and exposure to disease all affect which genes get passed onto the next generation by influencing which individuals survive and are best able to reproduce. When confronted with a deadly disease, for example, a particular gene variant might give a survival advantage to those in the population that happen to have it. If most of those who do not have the variant die, a higher proportion of individuals in the next generation will have the gene variant.

Can One Epidemic Shape the Future of the Next?

Some researchers believe that diseases like the bubonic plague or smallpox may explain genetic patterns like the one found for the gene variant CCR5-delta32 in Europeans. CCR5 is a protein receptor primarily on the outside of immune cells. The delta32 variant—a 32-basepair deletion in the CCR5 gene making it functionless—is found in a striking north-south pattern in Europe. It is most prevalent in populations originating in northern countries—up to 15 percent of Scandinavians carry it—and least prevalent in people from Greece and Turkey, where it is present in just 5 percent of the population. Curiously, CCR5-delta32 is not present at all in any African populations studied.

The significance of the delta32 variant of the CCR5 gene was discovered through an analysis of the genetic sequences of individuals in populations that were at high risk of contracting HIV. The researchers knew that these high-risk populations are more susceptible to HIV infection, but they wanted to see if there was a genetic reason why some did not contract it.

About 20 genes that have some small positive effect on an individual’s susceptibility to HIV have been identified this way. Immunologists now know that CCR5-delta32 creates a protein that HIV cannot bind to, providing some protection for individuals with that genetic variation. Thus, in addition to all of the other factors that affect HIV infection, the absence of the CCR5-delta32 variant in Africans may account for some portion of the African AIDS epidemic. If this is true, whatever caused the unique distribution pattern of CCR5-delta32 throughout Europe also might have created a similar pattern of protection against HIV.

Mutations like CCR5-delta32 that increase the survival of humans also happen in other animals. Mutations can be detrimental, but they can also create harmless variations in genes and increase the overall “genetic diversity” of a population, giving it a better chance of already possessing a genetic variant that will help it withstand a pathogenic onslaught. 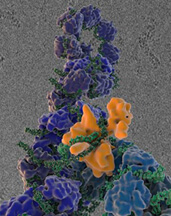 “Unfortunately, pathogens also develop genetic diversity, and they do so more quickly than their hosts. They have faster generation times and more opportunities for mutations to occur,” says Sezgin.

The more we understand about how we and our attackers are continuously changing to out-compete each other, the better we are at guessing what might happen next in a pathogen’s evolutionary struggle. Public health officials study the geographical trends and frequency of gene variants to understand illnesses like the flu, which is where vaccines come in.

The flu vaccine changes every year, in an effort to keep up with rapidly mutating flu virus genomes. Within the vaccine is a mixture of protein pieces from the flu virus, which are meant to train immune systems to recognize the virus and mount a response very quickly, if it encounters it.

Researchers like Sezgin use evolutionary principles to predict which protein pieces are likely to be in each year’s strain. “By watching viral trends in livestock and in humans, we can predict emerging infectious diseases,” says Sezgin. These predictions make their way into vaccine laboratories, where scientists give us their best shot (pun intended) at avoiding the flu each year.