Understanding the Fossil History to Preserve the Present

Understanding the Fossil History to Preserve the Present

Catching Up with Paleontologist Siobhán Cooke

November 2017 — A spelunking paleontologist in the caves of the Caribbean is out to preserve the planet by sharing her understanding of historical extinctions, one fossil at a time. This pretty much sums up the life and work of Siobhán Cooke, Ph.D., Johns Hopkins assistant professor of functional anatomy and evolution. Similar to her pop culture counterpart Indiana Jones, Cooke teaches by day and devotes the rest of her time to paleontological research.

Cooke is an expert on the evolution of mammals in the Caribbean, in particular extinct monkeys. Her brother-in-law is from Haiti, which sparked her interest in the West Indies, where she conducted research for her Ph.D. dissertation research on the evolution of extinct sloths throughout the islands, studying how these animals migrated from South America and then adapted to life on the islands over the millennia. 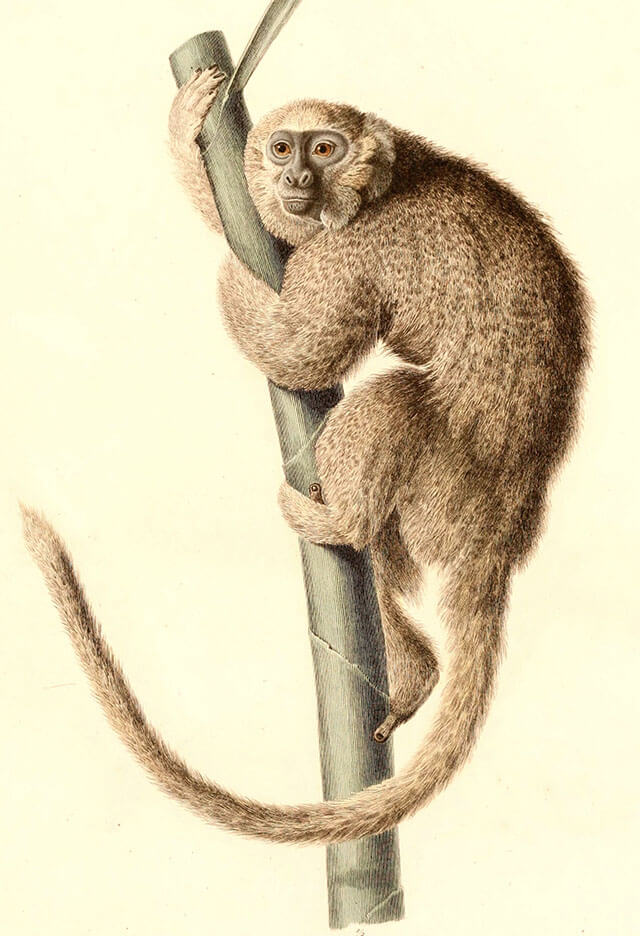 Paleontology in the Caribbean only gained traction about a century ago, in the 1920s, when both the Smithsonian Institution and the American Museum of Natural History sent expeditions to the West Indies. For decades, there was a big question of whether historic mammal extinction events on the islands were due to the retreat of the glaciers and rising sea levels, or due to human activity. In August, Cooke and her co-authors published a paper in The Annual Review of Ecology, Evolution, and Systematics, adding to the body of evidence that shows human activity as the main cause of extinctions in the Caribbean. Her recent publication spurs renewed focus on preserving the remaining 60 native bat species and 12 other mammal species, including hutias, a large rodent, and solenodons, a shrew-like mammal.

“Through the fossil record, you can really see what occurs when conservation doesn’t happen. It gives a time-depth knowledge of the consequences of human activity. Exploring caves and seeing ancient giant ground sloth fossils—it makes extinction real,” says Cooke. Expressing her love and reverence for the natural world, Cooke notes that a lot of conservation rhetoric focuses on the human perspective. Parallel to that idea, Cooke works to protect the Caribbean animals’ right to exist—and to preserve the natural world in and of itself. She hopes that by sharing concrete examples of extinction, such as the Caribbean sloth, she will make it more tangible for the general public and garner support for local conservation efforts.

Cooke notes that, within the past decade, there has been a hopeful intersection between paleontology and conservation biology, called conservation paleobiology. The field focuses on understanding how human-caused environmental change affected animals and plants of the past, providing researchers with a case study for organisms that are threatened by human activity today. “Understanding which animals were most vulnerable in past extinction events can help us to understand how to preserve the remaining diversity today,” Cooke explains. “If, for example, we know that animals of a small body size are particularly vulnerable to predation by invasive species like the domestic cat, we can work to limit cat populations to help the native mammal to survive.”

Local conservation efforts are hindered by high levels of poverty throughout the island nations of the West Indies. “In the local communities, people are very open to conservation, but poverty makes that hard,” Cooke says. She explains that a common cause of deforestation on Hispaniola, the island composed of the nations of Haiti and the Dominican Republic, is for charcoal production, so that people can cook and eat. Charcoal is an inexpensive fuel made by slowly burning pounds of wood over the course of a few days, until the lightweight black carbon fuel is left to use for cooking. “Until viable, inexpensive cooking fuel alternatives exist, this problem will continue,” Cooke says. 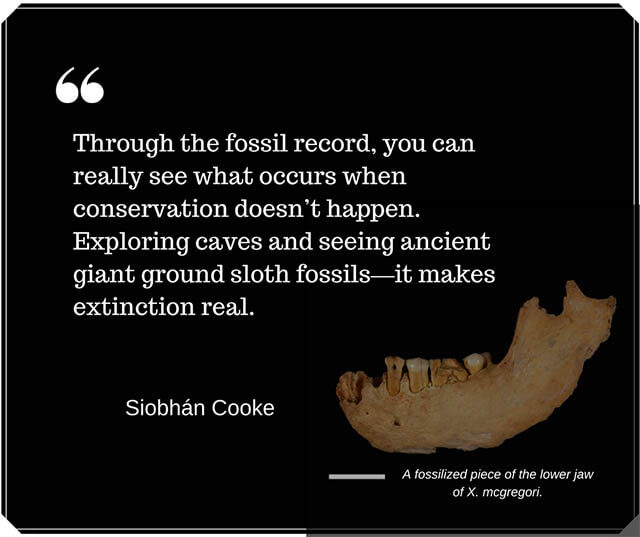 Many island nations are facing tension as conservation and social justice issues overlap, says Cooke. When the islands are deforested, the water cycle is disrupted, leaving the land more susceptible to landslides and flooding—and the poor communities bear the brunt of the damage caused by the environmental degradation. Cooke believes we need to help impoverished nations like Haiti to promote conservation efforts and to end economic policies that hurt poor communities.

So far, Cooke has devoted her life’s work to understanding and communicating the extinction histories of many native mammals of the Caribbean to the scientific community. She is now working with a few of her colleagues—including conservation researchers, biologists, ecologists, policymakers, educators, and land and wildlife management experts—to form a larger interdisciplinary team and create an intensive conservation management plan to preserve the remaining native mammals of the islands. Using the case studies the fossil records give us, hopefully this team will be able to target and save the most vulnerable remaining native Caribbean mammals.


Evolutionary biologists in the Center for Functional Anatomy and Evolution put their own spin on anatomy classes. Lectures now include comparisons of human anatomy to other animals, giving students a deeper understanding of the science of the body.