The Fruits of Giving Back 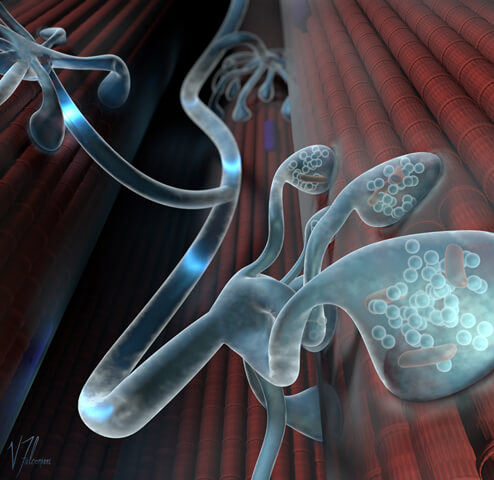 The Fruits of Giving Back

June 2013—What would your reaction be to an email informing you that someone you have never met wants to give you $2,500? Graduate student Kunal Parikh's first reaction was to think that the email was spam. Then he realized it came from the director of his department and his mentors were copied on the message, so the spam scenario seemed unlikely. He says it came the night he was studying for a big immunology test, so it was a nice morale booster, to say the least.

Parikh was one of four Johns Hopkins graduate students chosen this year to receive grants from the Thomas J. and Mary L. Kelly Young Scholar Fund. He had never heard of the award and definitely hadn't applied. Nor did he know who the Kellys were at the time.

Dr. and Mrs. Kelly’s ties to Johns Hopkins are about as strong as ties can be. Dr. Kelly completed his undergraduate degree, medical degree, Ph.D. and postdoctoral training here and then spent 30 years on faculty. “I was a ‘lifer,’” he says. “Johns Hopkins is an extraordinary institution; I love it.”

In 2002, the Kellys decided to move to New York where Dr. Kelly was offered the directorship of the Sloan-Kettering Institute, but he and his wife still wanted to do what they could to help the budding IBBS and its graduate students, in particular. “I can’t imagine life without graduate students,” he says. “They’re incredibly creative and enthusiastic about solving incredibly difficult problems. And they are at a point in their careers when money in small amounts can make a big difference, not just because of what they can do with it but because it is a sign of affirmation from their institution that can be a boost to their careers.”

The Kellys are one of several families with Johns Hopkins ties that have made multiyear financial commitments to provide these student awards over the past six  years. This year, there are a total of eight recipients.

Peter Maloney, Ph.D., professor of physiology and associate dean for graduate students, explains, “We use these gifts every year to honor the best students that come to our institution.” The school of medicine houses 14 Ph.D. programs and three master’s programs, and each program director is asked to recommend three first-year students whose scholarship and achievement deserve to be recognized, he explains. Maloney and Stephen Desiderio, M.D., Ph.D., the current director of IBBS, assess the recommendations and make the final decisions.

Maloney says that this year was the first year that an award went to a student in the medical illustration program and it was a delight to be able to give it to someone who isn’t engaged solely in bench science. The award went to Veronica Falconieri. She recalls being called into the director’s office and thinking, “Oh no. What’s wrong?” To her surprise and delight, she was told that she had been chosen to receive an award similar to Parikh’s from the William and Mary Drescher Endowment Fund for Graduate Medical Research.

Falconieri says that the award meant a lot to her. Johns Hopkins’ Art as Applied to Medicine program is one of only four medical illustration programs in the country. It’s the oldest (founded in 1911) and is situated in a “great research institution with some of the world’s foremost faculty,” she says.

She wants to go to the Association of Medical Illustrators Conference in Salt Lake City, Utah, this summer but didn’t think she could afford it, until she got the Drescher award. “The conference will be a tremendous way to learn about cutting-edge applications and it comes at the perfect time in my studies, just before I begin my thesis this fall,” she says. “I can also buy new illustration/animation software with the award money, which really frees me when thinking about my thesis. I don’t have to shelve any of my ideas because I couldn’t afford the tools they would require."

For her thesis, she has to create a video, animation, patient education booklet, app or anything else that solves a “visual problem” in medicine. She will receive guidance from a faculty member from her program, as well as a “content expert,” a researcher here or at an institution nearby who is an expert in the subject matter she chooses to focus on.

Parikh is a first-year Ph.D. student in the school of medicine's Department of Biomedical Engineering. He has mentors in both the school of medicine and the Center for Bioengineering Innovation and Design (CBID), part of the Whiting School of Engineering. His multidisciplinary training involves clinical rotations and engineering and business classes that will help him design a product that addresses a clinical problem, patent it and commercialize it. Parikh is working to develop noninjectable delivery methods for vaccines, which would make them more accessible to those in developing countries. He chose to do his work in Justin Hanes’ lab because it specializes in developing novel bioengineering tools to penetrate traditional drug delivery barriers such as mucus.

If these noninjectable vaccines can be created, Parikh is the man to do it. In his short life, he has already started three for-profit companies and one nonprofit, and he currently co-directs the Social Innovation Lab, a Baltimore group dedicated to bringing together the social, creative, financial and political capital needed to turn good ideas into realities that can improve the local and global communities.

Parikh is incredibly grateful for his scholarship, which he says will allow him to put time into developing his projects instead of looking for funding. He also hopes to go to several conferences where he can network and promote his projects—conferences that he wouldn’t be able to go to without this funding.

“All of my expectations of Hopkins have been exceeded,” he says. “If my career is anything like Dr. Kelly’s, I would be incredibly fortunate.”

The Value of the Gifts

The IBBS distributes and monitors the use of the money, but the students have a lot of say over how they spend it. To Dr. Kelly, that’s a really important feature of the gift. “One of the things about learning to be a scientist is learning to make decisions. Who else can make the decision better than the students themselves? They need to be able to determine their own direction in science.”

Maloney adds that research as a career isn’t as valued as it should be and that we live in uncertain financial times. “We are happy to use these donations to promote those who choose to take the risk to do research. We hope that the spirit with which they’re given will be replicated many times over.”

Should you wish to make a contribution in support of graduate student awards, please contact the IBBS development office at 443-287-0581 or gjohns45@jhmi.edu.

Of Stipends and Science: As research funding dries up and the cost of living rises, can the School maintain the same number of graduate students?