Scientists of the World 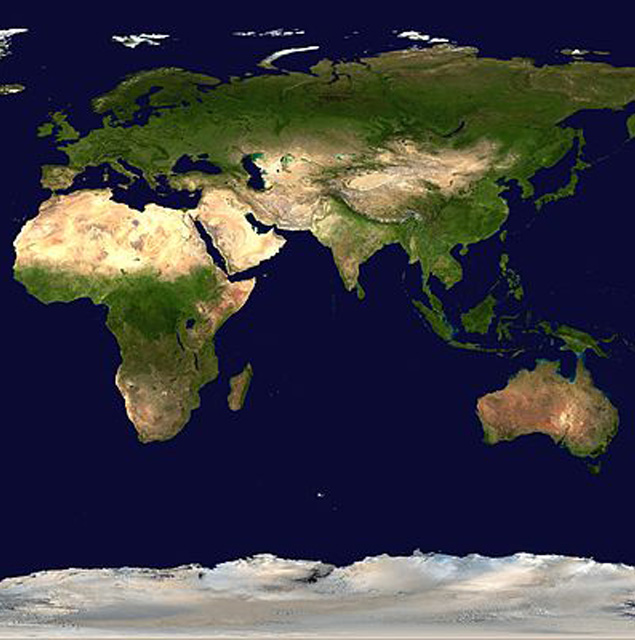 Scientists of the World

October 2012—After earning his Ph.D. in chemistry from Yale University in 1997, Joel Tolman took a risk. He moved out of the United States — first to Canada, where he did a postdoctoral fellowship at the University of Toronto, and then to French-speaking Lausanne, Switzerland, for a second postdoc, even though he spoke only “survival-level French” at the time.

But there are signs that U.S. scientists and science agencies are now more interested in reaching across international borders.

One indication is a dramatic rise in international research collaborations. Between 1988 and 2009 worldwide, the fraction of science and engineering research articles with international co-authors increased from 8 to 23 percent, according to the National Science Foundation (NSF). The United States accounted for a large fraction of those publications. At the same time, science agencies like the NSF are encouraging more international engagement. “More and more of our grant programs explicitly invite proposals that contain an international dimension,” says DeAndra Beck, program director for Global Initiatives at NSF. “There’s rapidly growing appreciation and support for international engagement within the community and within NSF,” she says.

On another front, the U.S. State Department is ramping up its efforts in support of “science diplomacy.” Among other initiatives, it is introducing a sort of science ambassador program called the Science, Technology and Innovation Expert Partnership. Through STIE, embassies will help make arrangements for scientists who are already traveling internationally to give lectures in nearby countries.

Several factors are propelling the trend toward more international science. One piece is economic, specifically changes in the global distribution of scientific talent and resources. The United States has long been — and still is — a leader in science, technology and engineering, having spent $400 billion in research and development (R&D) in 2009. Scientists still flock to the United States to work or train. But certain other countries are rapidly increasing their investment in science. In 1999, the United States accounted for 38 percent of the world’s R&D; by 2009, that figure had declined to 31 percent, while Asia’s R&D contribution grew from 24 to 32 percent over the same period.

To preserve its leadership in science, say science policy experts, the United States should seek more opportunities to work with nations that are rapidly advancing scientifically.

Another factor, says Beck, is the growing understanding that many of the world’s major research problems are borderless. “Ocean acidification, the ecology of infectious diseases — those types of research questions are global, not national,” says Beck. And solving such problems may require recruiting the most talented scientists and best scientific resources, even if they are scattered throughout the globe. Many big science projects — such as the search for the Higgs boson, the International Space Station and Human Genome Project — have simply proven too costly and complex for single labs or single nations to do on their own.

One example of this is a new international consortium that aims to design and construct a synthetic yeast genome under the leadership of Jef Boeke, the founding director of the High Throughput Biology Center and a professor of molecular biology and genetics. The completed genome — which will be the world’s first eukaryotic genome built from scratch — will offer scientists a versatile new tool for studying genes and chromosomes and for industrial applications, such as the manufacture of biofuels, says Yizhi “Patrick” Cai, a postdoctoral fellow involved in the project.

The effort began as a Johns Hopkins-based endeavor, with a team of scientists enlisting undergraduates enrolled in a “Build-a-Genome” course to aid with the synthesis. But the project proved daunting. Constructing the equivalent of yeast’s 16 chromosomes would involve synthesizing 10 million nucleotide bases, take years and cost an estimated $20 million.
So the Hopkins group has reached out to China, a nation that is eager to expand its involvement in synthetic biology. Late last year, Johns Hopkins signed an agreement with the Beijing Genomics Institute and Tianjin University to work together on what is now being called the Sc2.0 Project. The Chinese Ministry of Science and Technology is providing a multimillion-dollar grant for the endeavor.

As part of the arrangement, Johns Hopkins scientists periodically travel to China to train Chinese scientists in the rudiments of synthetic biology. Two scientists from Tianjin University and two from Beijing Genomics Institute also traveled to Baltimore this past spring for training at the School of Medicine.

Other Chinese universities have also joined the Sc2.0 consortium, along with teams from India, the United Kingdom, France and Hong Kong. “We’re tapping into the very best in all of these,” says Cai. “We’re distributing the cost and taking advantage of the different expertise in each country.”

Joel Tolman did not think much about the larger global scientific picture when he decided to pursue his postdocs in Canada and Europe. He simply wanted to live abroad, plus work with some of the top scientists in his field, nuclear magnetic resonance spectroscopy. In the end, his skeptical colleagues proved wrong. His time in Switzerland, at the École Polytechnique Fédérale de Lausanne, did not hinder his career, says Tolman, who is now an associate professor of chemistry at Hopkins.

“It really changed my life,” he says. “Living in a different culture and interacting with people who were raised in that culture gave me a lot of perspective about life that I can't imagine getting otherwise. This has fundamentally changed the way I view everything. I learned a lot about communicating with people who come from a different culture and speak English as a second language, which in turn has greatly strengthened my communication skills — a very important aspect of being a scientist.”

Sin Urban, an associate professor of molecular biology and genetics, is another scientist who sought an opportunity to do research outside of North America. After completing his undergraduate degree at the University of Alberta, Urban, who is Canadian, set out for the MRC Laboratory of Molecular Biology at the University of Cambridge. The lab, says Urban, is an “epicenter” of molecular biology, the place where Watson and Crick discovered the double helix structure of DNA. There, Urban had a chance to work and converse with some of the most illustrious scientists in his field. But Urban says some of his most meaningful experiences took place outside of the lab. In particular, he cherishes memories of Cambridge’s “High Table” dinners and “Feasts.”

“This was much like you see in Harry Potter,” he says. Faculty wore their academic robes and dined at long tables in stately halls, continuing a custom that scholars had practiced for centuries.

“In my first Feast at Trinity,” says Urban, “I was amazed to be sitting nowhere near any other scientist, but with lords and other dignitaries. The Master at that time was Amartya Sen, who had recently won the Nobel Prize in economics. This sort of cross-academic mingling is really important. It broadens your horizons and forces you to think big in your science, and to communicate across very different disciplines. I would often come away from a High Table dinner with a fresh perspective of what's really important in my day-to-day experiments.”

That’s not to say that doing research in a foreign country doesn’t come with its challenges. One that Urban encountered was the shorter timeframe for completing a doctorate. While science Ph.D. students in the United States and Canada generally take at least five years to complete their degree, in Britain they are expected to finish in just three years. “That’s wondrous or perilous, depending on your perspective” says Urban.

For Tolman, the language barrier was one of his biggest challenges. And although his language skills improved during his postdoc, he eventually realized that his inadequate French and foreign nationality would limit his career opportunities if he decided to seek a position in Switzerland or elsewhere in Europe. “I realized I would be shuttled into a glorified lieutenant’s position,” he says. “If I truly wanted to be autonomous, I would need to become a principal investigator in the United States. I can’t name anyone in Europe from the United States who rose to a faculty position.”

But Tolman does not regret the experience. Being an “outsider,” he says, “gave me a real perspective on the inverse” — what it’s like to be one of the thousands of foreign scientists in the United States.