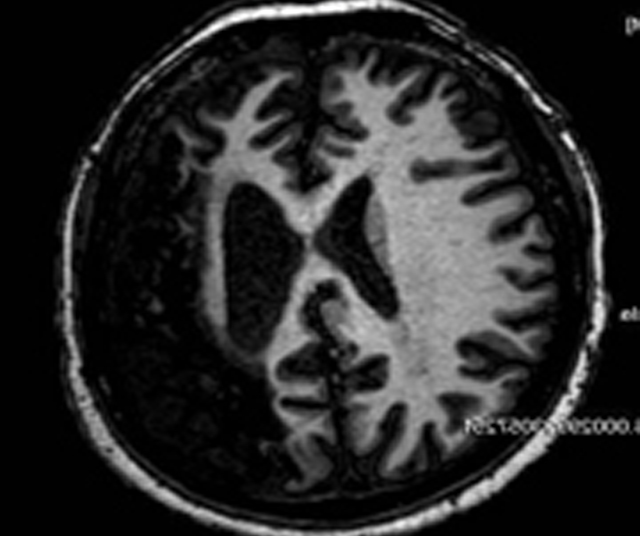 May 2014—Traumatic brain injuries, whether from physical trauma, stroke or even surgery, are often devastating for patients. Researchers at Johns Hopkins are using a range of approaches to better understand the recovery process and how it might be enhanced.

Many forms of brain injury, from stroke to trauma to certain drugs, can damage the long tendrils called axons that neurons use to relay signals from one part of the brain to another. David Linden, a professor of neuroscience, was intrigued by the fact that while most damaged axons fail to regrow, those from a brain structure called the dorsal raphe appear to grow back. To find out whether this was really the case, at least in mice, Linden’s research team used a genetic strategy to “label” axons originating from the dorsal raphe that use the chemical signal serotonin. This allowed them to take time-lapse pictures of the axons in live mice. The team then fed the mice a toxic amphetamine drug called PCA, which damaged many of the axons, then watched with a specialized microscope as those axons grew back over a period of months. The results indicate that raphe axons do indeed regenerate, and the team is now working to find out how. They hope these insights may be applied to other types of neuron, thereby promoting recovery after brain injury.

For Amy Bastian, director of the Motion Analysis Laboratory at the Kennedy Krieger Institute and a neuroscience professor at the Johns Hopkins University School of Medicine, the focus is on training patients to move more fluidly after brain injury. Her patients include adults with stroke and children who have had one hemisphere of the brain surgically removed to treat severe epilepsy; these patients often need help learning how to walk normally again. To better understand how we learn to walk, Bastian’s group has studied patients and healthy volunteers walking on a split treadmill that can make one leg walk faster than the other and observed how they adjust their gait to compensate, and later readjust to walking on regular surfaces. The research group has applied what they learned to designing exercises that reduce the severity of patients’ limping.

Members of neurology professor Argye Hillis’ laboratory group are interested in how traumatized brains regain language ability. Their work has helped pinpoint the areas of the brain responsible for specific components of that ability such as word comprehension, speech and writing. In an effort to enhance recovery, they’ve also homed in on some of the factors that influence it and have found that blood flow in the brain is important, as well as, surprisingly, education level. (Hillis notes that education level may simply be an indicator of a healthy brain.) Her group tests practice-based therapies to improve verbal ability in stroke patients and interventions aimed at increasing blood flow.

John Krakauer, a professor of neurology and neuroscience, believes it’s “time for a revolution” in rehabilitation for stroke survivors. His bold statement stems partly from his team’s experiments with mice that found that during the week or so following a stroke, the brain is particularly responsive to training. If mice are trained within 24 hours, they recover completely, but not if training is delayed by a week, the team found. Krakauer argues that rehabilitation for patients should begin as soon as possible after their strokes; he is now testing whether playing a customized video game while in the hospital can promote recovery.