Probing the Brain without Probes 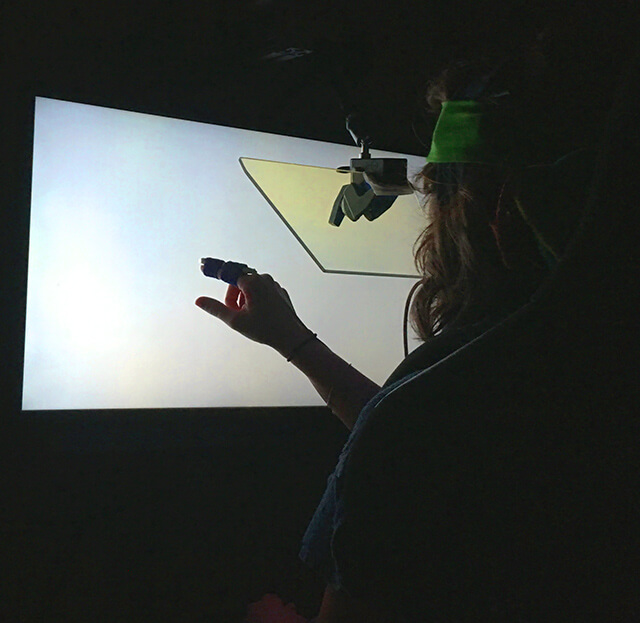 Probing the Brain without Probes

What can robotics, mathematics and economics teach us about the human brain?

I was having doubts about the utility of my stint as a research volunteer. My eyes felt dry, and I was blinking a lot — probably making it hard for the camera to track my eye movements. Then I heard, “You’re a good test subject.” It was graduate student Ashwini Ramamoorthy, who was presiding over the experiment. “Your pupils are a good size, and the camera has an easy time following them,” she explained later. Oh, good, I thought.

The experiment was one of many designed by Reza Shadmehr, who is one of two biomedical engineers at Johns Hopkins who uses noninvasive techniques to study human behavior and the brain. Instead of needling mammalian brains to understand their workings at the cellular level, Shadmehr and Vikram Chib blend the fields of robotics, mathematics and economics to coax the human brain into letting us in on a few of its secrets.

The secret I was helping to spill, as a healthy control, is whether electrical currents applied to the outside of the head might help patients with Parkinson’s disease regain some of their lost movement. These were not the bolts of electricity that enlivened Frankenstein; all I felt the first time was a bit of cold, salty water dribbling down my neck, leaking from the wet sponges that helped conduct weak electrical current from the two electrodes on my head to my scalp. It was rather anticlimactic. So on my return visit a few days later, it was strangely satisfying to feel something — like a mixture of stinging and itching — maybe because my hair was still damp from my shower that morning.

Previous work from Shadmehr’s group showed that so-called transcranial direct current stimulation can make patients with Parkinson’s disease more likely to contribute effort with their affected arm when asked to complete a task that requires both arms. Shadmehr explains: “Before we move, the brain calculates whether or not it’s worth moving and how quickly we should move. It assesses the utility of the movement, weighing the value of the goal against the effort and time needed to attain it.” Parkinson’s disease kills off neurons that produce the molecule dopamine, which is known to make animals more likely to exert themselves to achieve a reward. So Shadmehr believes that patients’ cost/benefit analyses — a concept taken from economics — are skewed to make ordinary tasks seem extraordinarily hard.

Each participant in the current experiment generates a rich set of data showing the movements of their eyes, finger and head, allowing the team to calculate how quickly and accurately the participant reacted. They hope to once again see improvements in patients’ movements during stimulation. Although transcranial direct current stimulation is still experimental and has to undergo many years of testing before it could be approved as a therapy, Shadmehr notes that there are already companies making stimulation devices marketed for a less important purpose: to improve one’s gaming. His team is also designing a 3-D printable device that could be used by patients at home if the technique continues to show promise for alleviating movement disorders.

Chib’s research group also studies effort and motivation, but with a twist. It uses mathematical models taken from behavioral economics to better understand decision-making and performance on incentive-driven tasks. For example, one recent study helped explain why some people perform skilled manual tasks better than others when they stand to gain or lose a lot. It has to do with a person’s “loss aversion,” which Chib was able to measure through a simple exercise. Participants were asked if they would take various coin toss gambles, like “Heads means you lose $2; tails means you gain $4.” By varying the amount that participants could gain or lose each time, the team calculated each person’s fear of financial loss. Researchers were then able to correlate that value with how active the ventral striatum of the brain was while the person played a computer game with a financial incentive, and whether or not they “choked” when the stakes got high.

“Loss aversion seems to be represented in the brain,” says Chib, “but it can be mitigated by cognitive strategies, like framing an incentive as a loss for one person and a gain for someone else.”

Another attribute that seems to be encoded in the brain is a subjective assessment of effort, which our brains use to calculate whether or not an action is worth it, going back to Shadmehr’s work. Recently, Chib and his colleagues were able to observe that calculation in action by giving participants another set of choices. This time, they were asked to squeeze a handle as hard as they could. This force was set at 100 percent. They were then presented with scenarios in which they had to choose between a gamble and a sure option. The sure option meant they would have to squeeze the handle for four seconds at a specified percentage of their maximum, say 20 percent. The gamble meant there would be a coin toss, and they would either have to apply a higher amount of force for four seconds or none at all. In this way, the researchers were able to measure how individuals subjectively evaluate effort.

Chib says that many patients find tasks to be more “effortful” as a result of a stroke, Parkinson’s disease, multiple sclerosis or depression. This can translate into slower rehabilitation or faster degeneration for some. Chib hopes that a better understanding of how different individuals perceive effort will allow clinicians to effectively tailor their treatments to specific patients. And it might be as simple as reframing the incentive.

Reza Shadmehr on Rehabilitation and the Brain

Reza Shadmehr, Ph.D., is a professor of biomedical engineering at the Johns Hopkins University School of Medicine. He studies how the human brain perceives the world, learns and controls movements.