One Cell’s Trash Is Another Cell’s Treasure 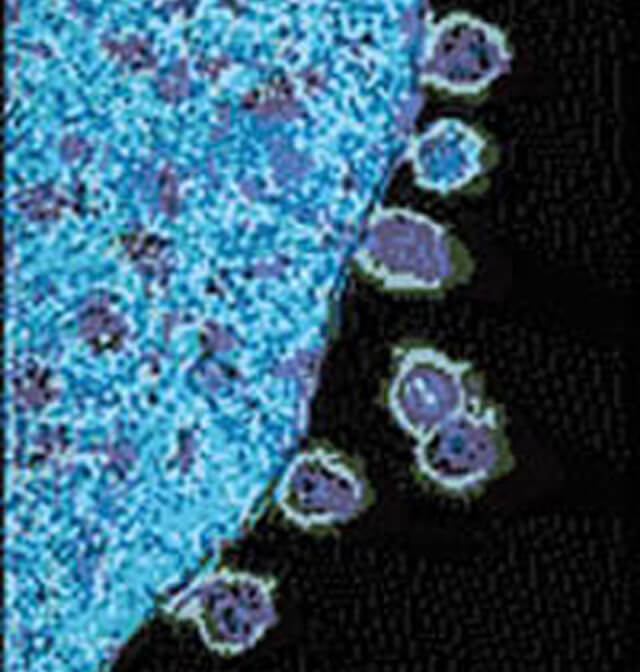 HIV forms particles that pinch off of a T cell. Source: NIAID

One Cell’s Trash Is Another Cell’s Treasure

September 2015—The contents of your trash bin reveal a lot about you: what you ate recently, whether your kids are in diapers and how much you recycle. Cells throw things out too. Little sacs of cellular material are constantly budding off of their outer membranes, carrying cellular garbage with them. Though it’s a common phenomenon, we don’t know exactly what the purpose of these sacs is, but several researchers at Johns Hopkins are now scrutinizing this cellular trash to find out.

Stephen Gould, professor of biological chemistry, got into the field 12 years ago when he realized how similar the vesicles are to HIV particles. On a hunch, Gould, together with AIDS expert James Hildreth, then a professor of pharmacology and molecular sciences at Johns Hopkins, suggested that HIV simply usurps a naturally existing process, since the virus sheaths itself in the host cell’s own plasma membrane—just like extracellular vesicles. Leaving behind his studies on the formation of other cellular sacs, Gould began studying the formation of extracellular vesicles, becoming a relative pioneer in the field.

The existence of extracellular vesicles was first hinted at in 1946, when two researchers discovered that blood did not need platelets to clot and that its ability to clot was seriously reduced after small components were separated out by high-speed spinning. Those components were finally identified by Peter Wolf in 1967 and dubbed “platelet dust.” As dust often is, the components were ignored—until 1988, when they were renamed exosomes and given another chance. To this day, a precise definition for exosomes is lacking, so researchers more generally refer to them as extracellular vesicles, which vary in size and cellular exit strategy.

Some extracellular vesicles are formed when a piece of the cell’s external membrane is pinched off, just like in HIV particle formation, which confirms Gould’s hypothesis about HIV’s disguise. Other extracellular vesicles are produced within the cell when indentations form and pinch off inside membrane-bound pouches, called endosomes. For reasons that aren’t entirely clear, endosomes sometimes travel to the plasma membrane to fuse with it, flipping their contents outside the cell as little vesicles.

What extracellular vesicles and HIV particles take with them is the focus of Kenneth Witwer’s research. Witwer, an assistant professor of molecular and comparative pathobiology, explains that all three kinds of vesicles carry proteins, lipids and RNA. In healthy cells, the proteins and RNA inside the vesicles seem to be whatever was nearby as they were being formed. But HIV particles are more selective in choosing their contents.

“It’s curious to me that exosomes and HIV particles are the same size and very similar in structure,” he says. “While it seems like HIV has simply hijacked the exosome system, there are differences in the makeup of the particles. So how do they arise? And can we exploit this process to disrupt HIV infections?”

Some of the same questions can be asked regarding cancer progression. Cancer cells shed large extracellular vesicles, called oncosomes, full of ingredients like mRNA that encode cancer-promoting proteins. The full extent of their roles in cancer progression is still being worked out, but companies are already developing new technologies that can filter out viruses and extracellular vesicles from a patient’s blood. In the case of cancer patients, the goal would be to remove their oncosomes to slow the cancer’s growth.

The normal role of extracellular vesicles is still being debated by the field. The simplest explanation is that they remove clumped-up proteins. Intriguingly, it is known that the mix of proteins within extracellular vesicles changes based on the physiological conditions experienced by the cell. It may be that proteins that are no longer needed under a given condition begin to bunch up and are then removed via vesicles.

Number of publications with the keyword “exosome” from 1988–2014. Source: Web of Science

One clear use for them—figured out just last year—appears to be “trash removal” to fulfill a specific physiological purpose. For decades, scientists have known that egg cells are only fertilized by a single sperm cell, yet no one knew how that happened. It turns out that extracellular vesicles are responsible. The egg cell’s plasma membrane is decorated with sperm receptor proteins waiting to contact a complementary receptor protein on a sperm cell. Once two receptors bind, all of the other sperm cell receptors clump together and are released in little vesicles that bud off of the egg, leaving it devoid of further sperm receptors.

The other dominant theory is that extracellular vesicles are used for communication with other cells—and not just those nearby. For example, immune cells share information about invaders by releasing pieces of enemy proteins in extracellular vesicles that are caught up by nearby cells, which then join in the attack.

Norman Haughey, professor of neurology, is studying an even more interesting use: the SOS signal. “When the brain is damaged, either through a traumatic injury, infection or a degenerative disease, it communicates this damage to the immune system, which sends white blood cells to help out,” he says. “For the longest time, we didn’t know how this happened, since the brain is isolated from the rest of the body by the blood-brain barrier. Working together with a team of scientists at Oxford University, we are beginning to understand that extracellular vesicles are one way the brain communicates with the rest of the body.

“We still don’t know how the vesicles slip across the blood-brain barrier, but they do, and then they enter circulation and are taken up by multiple organs, including the liver, which instructs white blood cells to go to the brain,” Haughey says. “I don’t know how we missed these things for the past 25 years. It looks like these small particles help organ systems communicate to regulate each other’s activities.”

Haughey is now working on using the vesicles as a window into the brain. “Like a miniature biopsy, extracellular vesicles are snapshots of what’s going on inside a cell. They carry proteins with them that are unique to the cells they came from,” he says. By isolating vesicles in the bloodstream that came from the brain and analyzing their cargo, Haughey’s team has found that their lipid composition can predict with decent accuracy who will develop Alzheimer’s disease and, in those infected with HIV, who will develop cognitive impairments. Similarly, the RNA carried by vesicles in the blood can be used to diagnose cancers found elsewhere in the body.

“This is still a young field, but scientists and clinicians from every biomedical field are converging on these extracellular vesicles as a valuable piece of the puzzles they are trying to solve,” says Gould. “There is good reason to believe that extracellular vesicles will one day help us fight disease—even some of the same diseases they currently foster.” 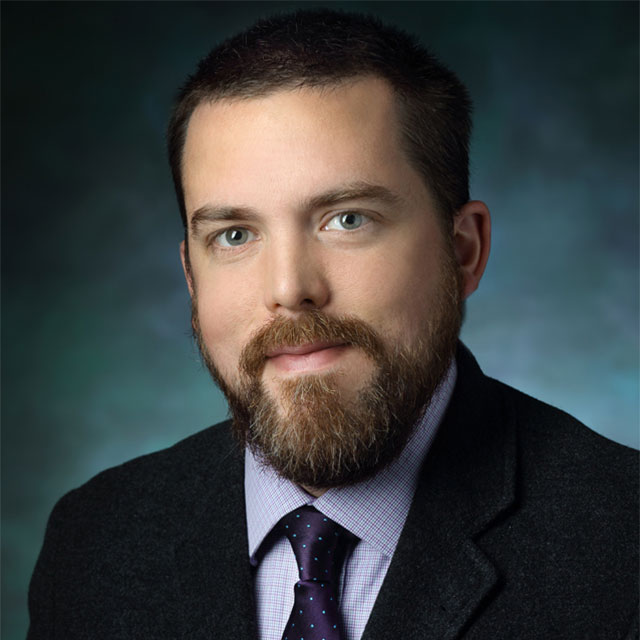 Kenneth Witwer is an assistant professor of molecular and comparative pathobiology. He focuses on small RNA molecules that can exit cells in little “bubbles,” much like HIV.