Of Mice, Men and Cat Poop 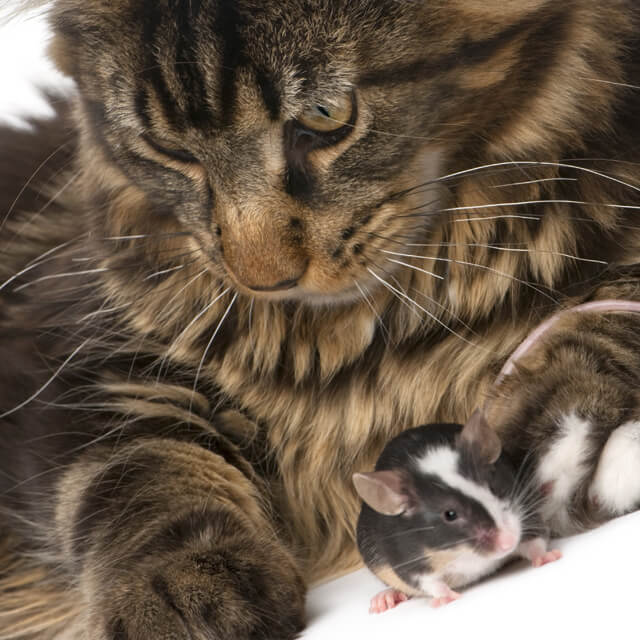 Of Mice, Men and Cat Poop

October 2013—Toxoplasma gondii is a media-friendly protozoan, and since Robert Yolken began studying it a decade ago, he’s enjoyed more than his 15 minutes of fame. Yolken, the director of the Johns Hopkins University School of Medicine’s Stanley Division of Developmental Neurovirology, is happy to expound on the well-known (and sensational) basics: that toxoplasma’s preferred host is a cat; that when it finds its way from cat feces into a mouse or rat it reprograms the rodent’s brain to make it more likely to be eaten by a feline; that the parasite can cause blindness and mental disability in babies and mental illnesses in adult humans.

But while images of a mouse scurrying nonchalantly between a cat’s paws or warnings about the hidden danger lurking in your cat’s litterbox are compelling, studies by Yolken and others in the field are beginning to paint an even more complex and intriguing portrait of how toxoplasma affects mice and men—and what we might be able to do about it.

Yolken himself is convinced that he is toxoplasma positive due to his lifelong association with cats and his extensive travels to areas with high rates of transmission of the parasite. But despite what he knows about toxoplasma, he’s not concerned for himself. His and others’ studies have fingered toxoplasma infection as a risk factor for schizophrenia, bipolar disorder and even accidents and suicide (proxies for greater risk-taking). But, Yolken says, toxoplasma is a very common infection, and only a small minority of its human hosts will develop mental illness.

Whether one joins that minority isn’t a matter of chance, he has come to believe. Rather, it appears that people’s genes—particularly those that coordinate immune response—largely determine how vulnerable they are to long-term consequences following toxoplasma infection. When Yolken’s group teamed with Emily Severance, another professor in the Stanley Division of Developmental Neurovirology, to compare markers of inflammatory immune response in different groups of schizophrenia patients, they found that those with antibodies to toxoplasma were more likely to experience gastrointestinal inflammation in response to certain foods. Antipsychotic medications appeared to tamp down such inflammation. In other words, it may be that immune response, rather than the parasite itself, is responsible for the increased risk of mental illness. Determining the nature of a person’s immune response is one of the ways our genes dictate our response to toxoplasma. 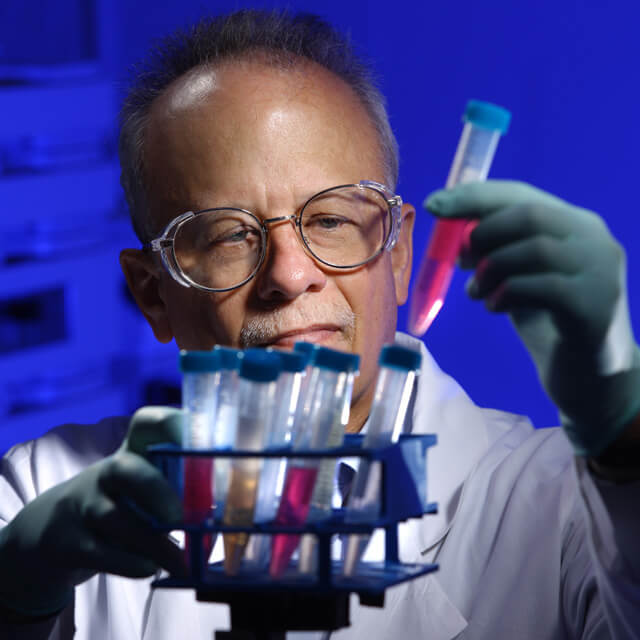 Another likely factor is the particular type of toxoplasma a person contracts. In one study, research associate Jian-Chun Xiao worked with Yolken’s group to inject cultured human nerve cells with one of three strains, then look for changes in how active the cells’ genes were. Type 1 toxoplasma—the most virulent strain in mice—had the greatest impact on gene expression, altering more than 1,000 genes, 28 of them linked to brain development and central nervous system function and 31 others to nerve impulse and signaling. Toxoplasma type II affected just 78 genes, some of which were related to growth, hormones and circadian rhythm, while type III altered 344 genes, some of which were linked to metabolism.

These are tantalizing clues, but much more work is needed to truly answer the question of why a particular person develops schizophrenia or other problems following toxoplasma infection, while most don’t even notice if they contract the parasite. Yolken says one key to the success of this research will be high-throughput gene sequencing, which will enable scientists to compare the genomes of people with different responses to infection. Another, he says, is long-term prospective studies that begin well before the onset of mental illness. Toxoplasma researchers also need to work with geneticists to gain a better understanding of the human genome, he adds. In the meantime, a study last year led by researchers at the Oregon Health and Science University identified a class of compounds that is effective against dormant toxoplasma infection, at least in mice. Yolken, who also participated in the study, calls it “a major advance.”

Ultimately, Yolken expects the picture that emerges will challenge how researchers and physicians think about infection itself. “The fact that toxoplasma has effects on mice in the absence of acute infection is most interesting,” he says. “Doctors and patients are typically concerned about the time when the infectious agent is replicating, and latent infections are difficult to study. But detecting and treating latent toxoplasma infections might change the outcome for people who are at risk.” 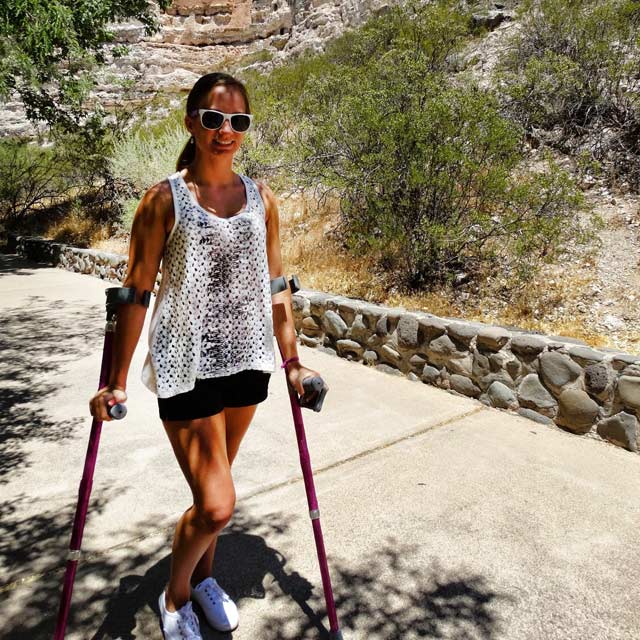 A Dancer Relearns How to Walk
Though TM is a condition defined by spinal cord inflammation the center investigates a range of spinal cord problems like Michelle’s that don’t stem from an obvious cause.