New Clinic Aims to Move Epigenetics from Lab to Clinic 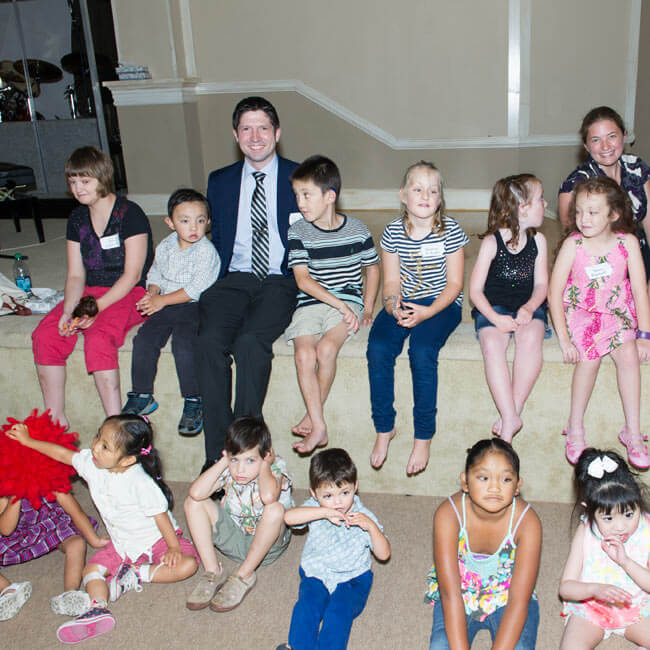 New Clinic Aims to Move Epigenetics from Lab to Clinic

December 2014—When a child is born with a rare disease, getting the right diagnosis can take years. Many of these children struggle with both physical and developmental disabilities, leaving parents in a bind. Without a diagnosis, what medical interventions are appropriate? And how best to connect their child to the right educational services? Now, a new study suggests that up to one-fifth of all intellectual disabilities in children trace back to anomalies of the factors that maintain the epigenome, the genes and proteins that change how other genes are used without altering the underlying genetic material. Through a combination of targeted physical and molecular testing, a clinic at Johns Hopkins, called the Epigenetics and Chromatin Clinic, aims to provide parents of these children with a fast and accurate diagnosis.

Epigenetic changes are critical during development, when they coordinate the genes needed to shape the organism before shutting down to prevent runaway growth. (One hot area of research is the link between epigenetic changes and the uncontrolled growth seen in cancer.) Later, epigenetic “marks” on DNA help keep cells on the right track so that, for example, the liver doesn’t start making proteins that belong in the skin.

From Bench to Bedside

When Hans Bjornsson, a genetics researcher and pediatrician, started the Epigenetics and Chromatin Clinic in 2012, his goal was to move epigenetics out of the realm of basic science and into medicine. A year later, he was joined by Jill Fahrner, also a geneticist and pediatrician. Together, the duo meets with children with epigenetic disorders and researches their conditions for possible treatments. “We haven’t been able to transfer epigenetics in a powerful way to the clinical side. I think that’s going to change. There are many more researchers and doctors thinking about epigenetics now,” Bjornsson says. “We’re just ahead of the curve.”

Bjornsson and Fahrner’s clinic focuses on so-called Mendelian disorders of the epigenetic machinery, which arise from mutations in genes that encode pieces of the epigenetic toolkit. Forty of these disorders have been identified so far. Children with such disorders typically have abnormal growth, intellectual disability and distinct facial characteristics.

A dedicated epigenetics clinic has benefits for both patient care and research, says David Valle, director of the McKusick-Nathans Institute of Genetic Medicine. For instance, as the clinic ramps up, Bjornsson’s focus has been on Kabuki syndrome, a rare disorder that causes intellectual disability and characteristic features, such as a very flat face, large eyes, long lashes and short stature. It was recently discovered that Kabuki syndrome is caused by mutations in one of two genes—if not more—both of which are linked to maintaining epigenetic marks. Most providers lump all Kabuki patients regardless of molecular basis together in a single group. But at the epigenetics clinic, patients are identified as Kabuki 1 or Kabuki 2 depending on the responsible gene. That way, doctors can determine if a treatment works better for one group than the other, or if the responsible gene has implications for a child’s long-term prognosis. “Let’s say your child has a rare skin disease,” Valle says. “Would you rather go to a general dermatology clinic or one with special expertise in this rare dermatological condition?”

Both Bjornsson and Fahrner got their start in epigenetics labs at Johns Hopkins—Bjornsson in Andrew Feinberg’s lab and Fahrner in Stephen Baylin’s lab. In an interesting twist, Fahrner’s doctoral research has carried over to the clinic. “I’m really interested in abnormal growth,” says Fahrner, who studied how the gene EZH2, a component of the epigenetic machinery, contributes to improper silencing of genes in certain cancers. Now, in the clinic, she is looking at how a mutation in that same gene leads to Weaver syndrome, a genetic disorder characterized by excessive skeletal and organ growth, as well as intellectual disability.

Getting to a Diagnosis

Currently, the clinic’s focus is on diagnostics. In a typical scenario, a child with unusual mental or physical development comes to the clinic for a consultation. By hearing about the child’s symptoms and observing his or her facial phenotype, Bjornsson and Fahrner then decide what tests to pursue. For instance, if the child clearly seems to have a disorder like Weaver syndrome, they might immediately order a test to check for a mutation in EZH2. If they aren’t sure of the source of the child’s problem, they might order an analysis of all the genes associated with excessive growth. They also usually suggest nongenetic tests, such as eye exams and abdominal ultrasounds, to check for physical abnormalities linked to the suspected disorder.

It’s early days. The clinic is currently open only two days per month and sees about 24 patients in that time, most of them referred by area physicians. But, as they scale up, Bjornsson and Fahrner have been attending various events, such as get-togethers for families of children with Kabuki syndrome, to recruit more widely. Their hope is to attract children from across the world whose conditions appear epigenetic in nature.

Once the science catches up, the two hope to treat their patients with targeted drugs. This approach wouldn’t fix the genetic problem, Bjornsson says, but it could “normalize the epigenetic consequences.” That possibility is becoming increasingly likely now that doctors can find out the precise genetic mutations causing their patients’ symptoms. Many of those mutations turn out to affect the epigenetic machinery. That’s the case with the two genes recently linked to individuals with Kabuki syndrome. Mutations in both of the known genes block chromatin from opening, thus blocking certain genes from being used normally.

Young neurons in the dentate gyrus shown in green in a normal mouse (left) and a sibling with a Kabuki syndrome-like condition (right).

Bjornsson suspected that many of the problems seen in Kabuki patients were the result of an imbalance between open and closed chromatin. What if, he wondered, he treated those patients with cancer drugs known to open chromatin? In a promising recent study, Bjornsson and colleagues at Johns Hopkins found that the cancer drug AR-42 alleviated the intellectual deficiencies seen in transgenic mice with a Kabuki syndrome-like condition. Untreated, those mice showed considerably less interest in exploring novel objects in their cages compared to normal mice, and they were less successful at navigating a water maze. By opening up the defective chromatin with AR-42, however, the mice were able to develop crucial new neurons. And they began performing just as well as normal mice in the maze.

Bjornsson acknowledges that a powerful cancer drug with all the accompanying side effects may not be the best treatment for individuals with a non-life-threatening disorder like Kabuki syndrome. But the study is a proof of principle that drugs could alleviate the intellectual disability associated with Kabuki syndrome and other Mendelian disorders of the epigenetic machinery. The possibility of correcting intellectual disabilities with drugs is revolutionary, says Valle. Typically, parents are told that a child’s intellectual disabilities will remain the same or worsen over his or her lifetime. The idea that some forms may actually be correctable is tremendously exciting.

In focusing on all the known epigenetic disorders, the Johns Hopkins clinic is unique, Fahrner says. New research is making clear that many seemingly unrelated and rare disorders are linked at the molecular level and manifest in similar ways. Or, as is the case with Kabuki syndrome, mutations in two distinct genes can lead to the same suite of characteristics. By seeing multiple patients with these related rare diseases, Fahrner says she and Bjornsson are able to identify those similarities much faster than a clinic specializing in the study of a single disorder, or a clinician who sees a Kabuki patient every 10 years. For cutting-edge care, Fahrner says, “Any parent of a child with an epigenetic disorder or undiagnosed intellectual disability should come see us.”