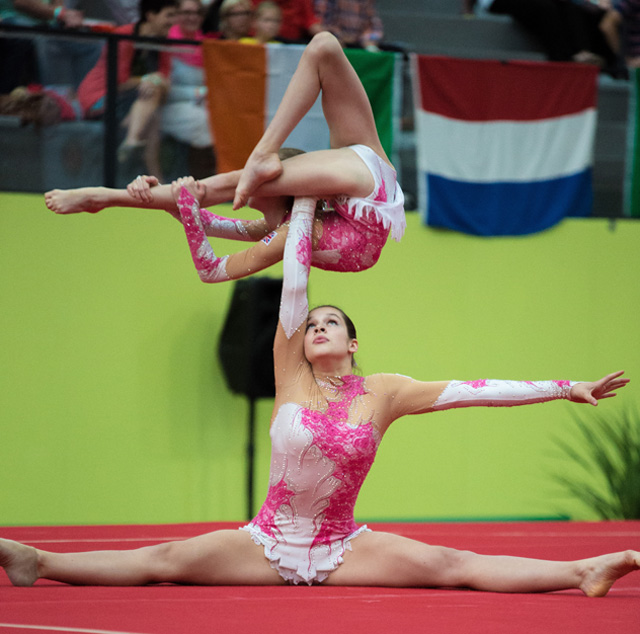 February 2014—Gymnasts never practice without someone there to "spot" them—to watch carefully and catch them if they slip. Basic science researchers are in a profession more complex than gymnastics, but they are rarely provided with the coaches they need to spot them. That's something the Johns Hopkins University School of Medicine aims to change with a new course designed to help senior faculty members develop a framework and specific tools for helping other mentors—usually their more junior colleagues-improve their own mentorship.

Solange Brown, an assistant professor of neuroscience, says that academics can easily get through their graduate and postdoctoral years without receiving training in any of the managerial skills they need to succeed as a professor. "We're all independent thinkers, and we assume we can reinvent the wheel and figure it out on our own, but at a minimum that's a waste of time and resources," she says. "And, as an institution, that's taking the chance that some of your junior faculty will fail."

That's not a chance Johns Hopkins wants to take with its bright, young talent. To address the issue, Jennifer Haythornthwaite of the Department of Psychiatry and Behavioral Sciences created a new yearlong course called Master Mentors. With assistance from David Yousem of the Department of Radiology and Radiological Science, Haythornthwaite teaches senior faculty how to become expert mentors so that they can help others develop the skills they need to succeed: communicating effectively, encouraging growth and risk taking, dealing with awkward situations, conflict management, and selecting and nurturing trainees.

Dwight Bergles, a professor of neuroscience, was part of the first cohort of student-professors to take the course. To become a full professor, he says, everyone has to have received some good mentoring along the way. "But the process of becoming a good mentor is not something structured like the process of becoming a professor," he says. "If we become good mentors, it's because of a personal commitment to our trainees and a willingness to learn from our mistakes."

Bergles' cohort of 21 associate and full professors from across the school of medicine met eight times during the 2012-2013 academic year for four seminars and four working lunches with outside speakers.

"It was time well spent," says Bergles. "I learned that there's actually been a lot of scholarship put into the topic of mentoring. We don't need to be flying blind."

"Our initial goal here is to train the trainer," says Haythornthwaite. "We ask senior faculty who are already known for their mentoring to develop their skills and return to their departments or divisions recharged and armed with tested strategies for supporting their colleagues."

Haythornthwaite says that the need for the program became particularly apparent after the late Lisa Heiser, then vice dean for faculty development and equity, began doing exit interviews with departing faculty. Many of them cited mentoring as part of what they were missing.

When Brown came to Johns Hopkins in 2010 as an assistant professor, she was assigned to Bergles as a mentee. She says that the supportive environment of the Department of Neuroscience is one of the reasons she chose to come here.

"Mentorship is super critical," she says. "It sends the message that your department cares about your progress and that they hope you'll stay on. The academic science world could learn a lot from the business world, where they put a lot more emphasis on growing their young leaders and nourishing their talent."

The new course covers topics such as how to increase motivation and facilitating change. The student-professors also receive training on how to work with people with different personalities.

"The most valuable thing you can do as a mentor is to not take care of the situation yourself-give your mentees the skills and support they need to work through things on their own," she said.

Most conflicts, she added, involve three layers, as described in Difficult Conversations: How to Discuss What Matters Most: the actual event(s), the feelings aroused in those involved and the effect the situation has on their self-image. That third layer can often be what's at the heart of the matter, because it involves our identity as good, competent people worthy of respect, love and good will-but it can be the hardest layer to talk about.

Yousem gave an example to illustrate that point. A faucet in his home began to leak. His wife, who happens to be pretty good at plumbing, tried unsuccessfully to troubleshoot it, and then decided to call in a professional. When the plumber arrived, he proceeded to try all of the same things she had already done. When she told him she had already tried those fixes, he ignored her and continued his work. Eventually he, too, gave up with the faucet still leaking.

Speaking with her husband about the incident that evening, Yousem's wife began with the events of the story. Yousem's initial reaction was to solve the immediate problem by calling a better plumber. But as he and his wife kept talking, he realized that the leaky faucet wasn't the real problem. The plumber had been disrespectful and dismissive toward his wife, and she was hurt. Her identity as an independent woman had been attacked.

"All of the communication skills we are teaching in this class are also helpful outside of work," says Yousem. "Framing a conversation the right way, asking open-ended questions to make sure the person has gotten everything off his or her chest and summarizing what you have understood-these are great ways of relating to a mentee, or to your spouse, child or anyone else."

Another facet of the Master Mentor program is coming up with solutions to real problems currently faced by professors at Johns Hopkins. As part of the course, Bergles was paired with another colleague in the Institute for Basic Biomedical Science (IBBS), Geraldine Seydoux, to delve into the issue of grant submissions.

As part of their project, they hosted three lunches for assistant professors in IBBS and asked what their needs were, what sort of mentorship was already in place in their departments and what benefits they had experienced at other institutions. Two new support mechanisms are being developed as a result.

One is an informal mentorship program that pairs each assistant professor with two senior faculty members who review the progression of his or her career. The goal is to quickly flag potential shortcomings, such as too few publications or limited visibility at international conferences before an assistant professor is up for promotion, when there is still time for improvements to be made.

The second outcome is an internal grant review panel made up of volunteer IBBS faculty that gives professors at any level constructive feedback on their grant proposals before submission to the National Institutes of Health or other funding agencies.

"Grants are so difficult to get now," says Seydoux. "We want to make it easy for our faculty to get critical input on their grants before submission. But just as important, we hope that this program helps to create a culture of mentoring at Johns Hopkins."

Haythornthwaite sees a lot of promise in the synergy and excitement of the expert mentors in her classes. "They have a lot of energy and have each given their role as mentor a lot of thought, but they had never discussed it with others," she says. "Most importantly, they have a strong desire to make a difference."

Bergles hopes that all professors begin to see good mentoring as an essential part of their role as faculty members. "Johns Hopkins has a very collaborative atmosphere," he says. "But that shouldn't be limited to our science. We can always do better to help each other achieve our career goals."