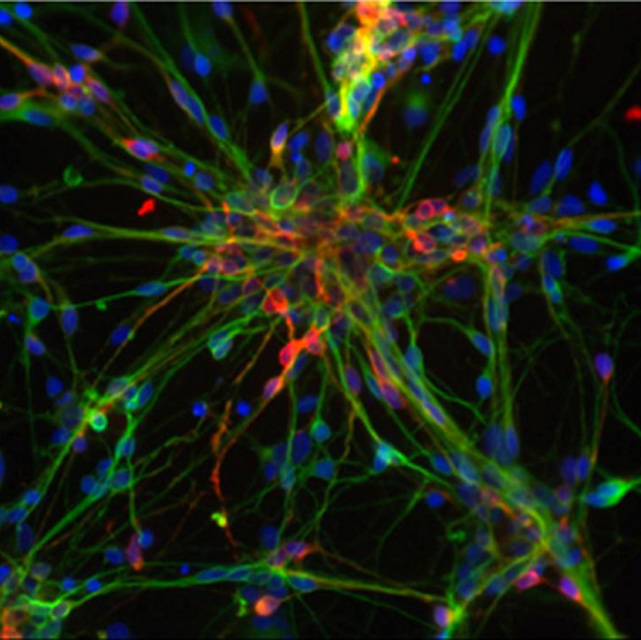 November 2013—Let’s say you’re a researcher who’s identified a compound likely to slow or prevent Parkinson’s disease progression. The compound proves safe and effective in animal trials and looks set for clinical testing. In addition to facing the usual funding and regulatory hurdles, though, you now hit a major roadblock: clinical trials on Parkinson’s drugs must rely on crude clinical assessments of patients’ impairment and symptoms, making them exceptionally large, lengthy and costly.

Approved Parkinson’s drugs do exist, but they only treat the symptoms of the disease without affecting its progression, says Assistant Professor of Neurology Zoltan Mari. To truly combat the disease, researchers need to be able to measure its severity with biomarkers, which Mari defines as “biological characteristics that correlate with diagnosis, progression or treatment response of a disease in a way that is validated and reproducible.” Just as doctors can monitor a patient’s blood sugar levels to track diabetes or see whether treatment is working, a proven biomarker would enable doctors to make definitive diagnoses of Parkinson’s before symptoms become severe. For researchers, a biomarker would be nothing short of revolutionary, finally opening the door for collecting the hard data needed to show whether a treatment is working. 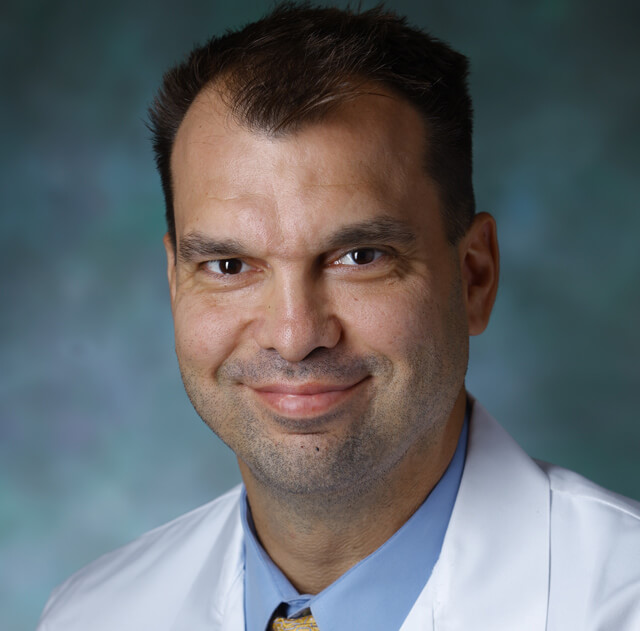 Johns Hopkins researchers are now moving ahead in the search for biomarkers, with Mari and others leading several clinical trials to analyze and compare proteins in samples from people with Parkinson’s to those without. One of these trials is the Parkinson’s Progression Markers Initiative (PPMI), a 32-site study for which the Michael J. Fox Foundation for Parkinson’s Research and several other sponsors are contributing tens of millions of dollars. Mari heads the Johns Hopkins portion of the study, which includes about 30 patients and controls who will undergo periodic brain imaging, blood draws and spinal taps to collect cerebrospinal fluid for five years. The imaging measures certain parameters the researchers hope will correlate with the number of dopamine-producing cells still alive in the brain, since their death is a sign of Parkinson’s progression. This information will be analyzed along with levels of candidate biomarkers in the subjects’ fluids, and the samples will be stored for future analyses. The Johns Hopkins data will feed into a dataset on 400 patients and 200 controls worldwide. Given its potential, Mari calls the PPMI “probably the most important clinical research going on in the world right now.”

In addition to gathering this large dataset, the PPMI includes smaller studies of specific groups. For one of these, Mari is planning to begin recruitment soon for the Johns Hopkins site. This study will follow patients and their family members who have a mutation in the gene LRRK-2 that carries an approximate 70 percent chance of developing Parkinson’s. The goal will be to find out what genes or other factors separate the 70 percent from family members with the same mutation who remain healthy. Similarly, two so-called “prodromal” studies in the works would follow otherwise healthy people who have either developed a sleep disorder called REM Behavior Disorder or who have lost their sense of smell—each a significant risk factor for Parkinson’s. “By starting to follow people before they begin to develop symptoms of Parkinson’s, we’re hoping to find biomarkers that predict disease risk and would enable doctors to begin treatment early,” Mari says.

In addition to the PPMI, Johns Hopkins is participating in the National Institute of Neurological Disorders and Stroke-funded Parkinson’s Disease Biomarker Program, another multisite project collecting biospecimens from Parkinson’s patients and controls. Led by Ted Dawson, director of the Institute for Cell Engineering, in conjunction with Assistant Professor of Neurology Liana Rosenthal, researchers at Johns Hopkins are recruiting participants, assessing cognitive impairment and other symptoms, and collecting blood and spinal fluid for analysis. The trial is unique due to the large number of spinal fluid samples it will collect and the method that will be used to identify biomarkers. In addition to biomarkers for Parkinson’s disease, the study is also aiming to find biomarkers that specifically correlate with cognitive impairment, Rosenthal says. Partly due to the spinal taps involved, “one of the greatest challenges is recruiting participants who are interested in being part of the study,” she says.

The fact that there are two major efforts underway to gather biospecimens and data may seem redundant, but in fact it’s great news for the biomarkers hunt, says Dawson. That’s because researchers will be able to check a potential biomarker’s validity in one large dataset, then see whether the results can be replicated in the other—making any positive result more robust than if it were achieved in just one set of patients and controls.

Dawson and his wife Valina, a professor of neurology at Johns Hopkins, have been studying the underlying causes of Parkinson’s for decades and have already identified some promising biomarker candidates they’d like to test. Working with Jennifer Van Eyk, a professor in the departments of medicine, biomedical engineering, and biological chemistry, and Akhilesh Pandey, a professor in the McKusick-Nathans Institute of Genetic Medicine, Ted Dawson is continuing the search for biomarker candidates by analyzing proteins in patients’ cerebrospinal fluid and postmortem brain tissue, as well as in samples from animal models. While there are technical challenges to the work, “I think finding potential biomarkers will go fairly quickly,” he says. “The hard part will be the validation and replication stage.” Once the National Institute of Neurological Disorders and Stroke and Michael J. Fox Foundation collections are in place, he expects that validating a single biomarker will take “at least a year or two.”

For researchers, that long-sought biomarker would be just another step—or perhaps giant leap—toward the goal of developing better Parkinson’s drugs. As Rosenthal notes, “Our ultimate goal is to slow the progression of the disease, and identification of biomarkers has the potential to lead us toward that goal.”

Getting To The Root Of Parkinson's Disease

Neurons store our memories and control all aspects of our bodily functions; they are what make us human. Dr. Ted Dawson’s research focuses on the culprits that kill neurons. His hope is to find ways to prevent the loss of neurons in Parkinson’s disease, stroke and other brain disorders.