A computer model shows electrical waves moving through a dog’s heart. The red spot in the center shows a region of scar tissue (infarct) that delays the movement of the waves.

March 2013—Natalia Trayanova studies broken hearts—that is, hearts that don't work properly due to heart disease. She’s not a cardiologist, but a professor of biomedical engineering and a member of the Institute for Computational Medicine at Johns Hopkins University. Though Trayanova works closely with cardiologists and watches many of their procedures, the hearts she studies are on a computer screen. Her lab develops computer models of the heart to help clinicians better diagnose and treat heart problems.

"We are trying to create a model of the heart that would work like Google Maps," she explains. "You could think of it as 'Google Heart.' The goal is to be able to zoom in and out, going all the way down to the molecular (street) view or all the way out to the (global) view of the whole organ."

To accomplish that, Trayanova must study the electrical and mechanical functions of the heart as well as the way in which cardiology is practiced. "Most problems with heart function ultimately arise from changes in processes at the molecular level, which in turn lead to altered functioning of the cells that make up the structures of the heart,” she says. “If we can figure out which molecular changes create the big problems—and why—we may be able to better diagnose patients early on, based on what we know about their genes and proteins." Trayanova is working to enable doctors to avoid a one-size-fits-all approach in treating their patients by equipping them with the tools they need to tailor treatments to each person. This entails translating her basic scientific findings into clinical solutions.

How does it work? Suppose a patient comes to see a cardiologist because of a quickly beating heart. The patient receives an MRI or a CT scan to assess the problem. Trayanova and her team then use detailed information from the scan to construct a 3-D computer model of that patient's heart. The software they developed models various treatment options to predict which will give the best outcome, and the cardiologist uses that information to guide patient care.

Getting to the Heart of the Problem

The heart is a really complex machine, Trayanova explains. It has two major functions: electrical and mechanical. Its mechanical, pumping function is triggered by electrical pulses sent throughout its muscle cells so that their contractions are exquisitely timed and coordinated.

The electrical pulses are created by a cluster of cells at the base of the upper right chamber of the heart, called, appropriately enough, pacemaker cells. The electrical waves move through the heart, causing it to contract and squeeze oxygen-rich blood out to the rest of the body. Each area of the heart gets electrically excited and then relaxes as the area right next to it goes through the same cycle.

Think of it as a crowd doing "the wave" in a sports arena. The relaxations in between the pulses allow the heart to fill up with fresh blood. If the pulses continue without these pauses, the rhythm of the heart is disturbed, i.e., the heart has an arrhythmia (from the Greek for absence of rhythm). In their computer models of arrhythmia, different colors denote the electrical status of the different areas of the heart, allowing Trayanova and her lab members to watch electrical waves continuously swirl through the heart, almost like a tornado.

Most arrhythmias are caused by cardiac infarcts—scar tissue in the heart caused by a blockage in a blood vessel that deprives heart cells of oxygen. The cells die within a few hours, leaving behind dead tissue that can't contract with the rest of the heart. The most severe arrhythmias, where waves propagate chaotically through the heart, can cause death in five to seven minutes. In other cases, the victims' hearts can pound regularly but very fast, up to three times their normal rate. To stop such arrhythmias, doctors (cardiac electrophysiologists) must locate the cells that are causing this off-tempo pulsing and burn them with a hot probe. This is where Trayanova's computer modeling comes in.

Looking at a pumping heart, cardiac electrophysiologists can't tell which cells are off-kilter, so they must use an unheated electrical probe to test each cluster of cells over the whole surface of the heart. Locating the problematic cells can take four to eight hours: that’s four to eight hours of a patient’s heart being poked with a catheter inserted through an opening in a vein.

Replace that scenario with one in which the patient receives a noninvasive MRI scan. The scar tissue—, the cells creating the arrhythmia—shows up as a bright spot on the scan, allowing doctors to navigate the hot probe to the location shown in the computer model and burn the problematic cells. Simple. Fast.

"This tool has a lot of promise. We applied it retrospectively to MRI scans from patients who underwent the standard probing procedure, and our model predictions matched what the cardiac electrophysiologists found,” says Trayanova. "We are now planning clinical trials. We expect our results to show increased success rates and decreased procedure times."

The team is also working to predict future medical needs in patients at risk for recurring arrhythmias. Currently, these patients can have small defibrillators implanted in their hearts that detect arrhythmias and shock the heart cells back into their proper rhythm. These defibrillators do the same work as the large double "paddles" used by EMTs. However, it is expensive to have these devices implanted, especially when one considers that only five percent of patients experience another arrhythmia requiring activation of the device. Trayanova is hoping that her team’s models will be able to predict which patients need the defibrillators and which do not.

“Our goal is to learn as much as possible through these noninvasive tests that we are developing,” Trayanova says. “The more we know about heart function at both the theoretical level and the patient-specific level, the more we can improve the current therapies for patients suffering from heart disease.” 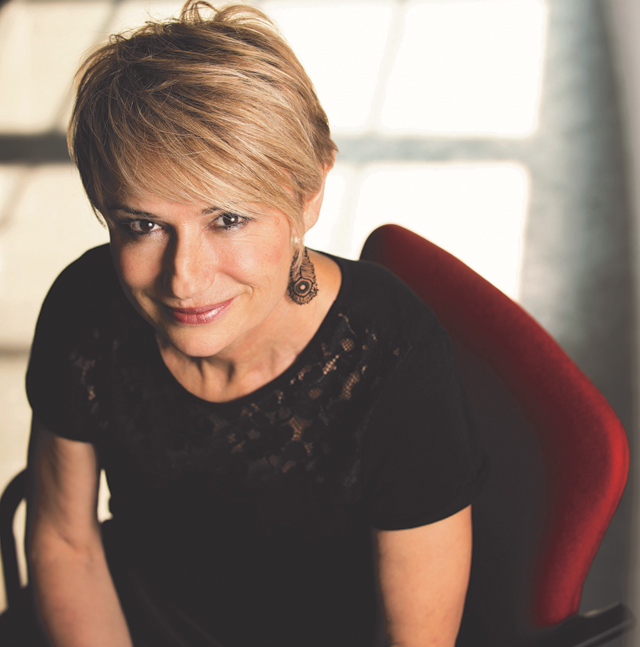 Natalia Trayanova is a professor of biomedical engineering with a joint appointment in medicine. She investigates how damaged cardiac tissue causes arrhythmias — irregular heartbeats that can cause sudden death.