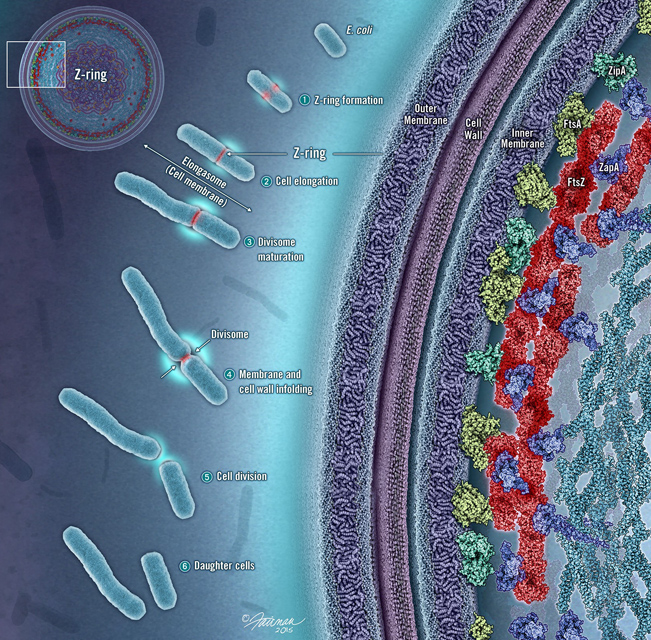 “Draw what can't be seen/ Watch what's never been done before/ And tell thousands about it without saying a word.”

July 2015—Science isn’t complete until it’s communicated. But sometimes, words alone won’t do a subject justice, especially when a discovery demands to be shared with the whole world. It is then that art and science become perfect partners.

At The Johns Hopkins University, science and art formalized their relationship more than a century ago with the founding of the Department of Art as Applied to Medicine. Their relationship has remained strong over time, even as both partners have evolved, but the stage seems set to bind them together even more strongly.

The Art as Applied to Medicine program at the Johns Hopkins University School of Medicine is the first of its kind in the world. Its prehistory began in 1894 when Francis Paine Mall, the first professor of anatomy in the school of medicine, and Howard Kelly, one of the Johns Hopkins Hospital’s four founders, convinced the young art student Max Brödel to leave Germany and come to Baltimore. Brödel became a renowned medical illustrator and set the principles that continue to guide Johns Hopkins’ illustrators today.

His No. 1 principle was to get to know the science before touching pencil to paper. That’s why Art as Applied to Medicine students take classes in anatomy and physiology and in biophysics alongside the medical students, dissecting cadavers with future doctors. They also work with the veterinarians at the National Aquarium in a biological illustration course, where they apply their illustration and communication skills to sea creatures.

Laura Roy, a rising second-year student, cites access to researchers as the top reason she chose the Johns Hopkins program. “I get to be a part of new scientific discoveries and help share them with the world,” she says.

In addition to art and science courses, there is Business Policy, which is co-taught by an artist and a scientist.

“Business Policy is a very practical class where each student pairs up with a scientist to work on a mock project,” says Sandra Gabelli, the scientist half of the teaching duo and an assistant professor of medicine, oncology, and biophysics and biophysical chemistry. “I teach them about all of the molecular building blocks they need to know: lipids, sugars, amino acids and nucleotides. Virginia Ferrante teaches them how to write a contract, estimate pricing, register a copyright and license their final piece.”

Roy, who just finished the class, worked with Gabelli and graduate student Jesse Yoder to illustrate proteins important for heart cell function. She says molecular subjects are fun to illustrate because no one knows what they really look like, so artists have “more leeway when it comes to colors and textures and shapes, but there’s still the gratification of rendering something as accurately as possible, plus the joy of making something that’s invisible visible to others.”

But imaging technology is so good these days that most things are visible, so who really needs artists? Can’t cameras do a better, more accurate job of portraying science?

“Raw medical images rarely tell a story the way an illustration can,” says Gary Lees, an associate professor and director of the department. “No camera can show you how to position your fingers behind a patient’s heart during surgery.”

Jennifer Fairman, an assistant professor in the department, says illustration is all about communication. “You could create something beautiful, interesting and exciting, but if your viewers walk away without knowing something new, you haven't illustrated anything. You haven't communicated successfully.”

Graham Johnson graduated from the program in 1997. When starting a new project, he likes to ask about the researcher’s goals. “I always start by making a drawing or animation that is as accurate as possible during the research and sketching phase. Then, I selectively simplify it based on our goal,” he explains. “As an extreme example, molecules don’t have googly eyes and big smiles, but if those ‘inaccuracies’ can help third graders get excited about science, I say do whatever it takes. It’s not as if anyone will use those depictions to design experiments anyway.”

Most researchers go to scientific illustrators with more pragmatic requests. Jie Xiao, an associate professor of biophysics and biophysical chemistry, recently worked with Fairman to create a dynamic visual (pictured above) to accompany the publication of her latest work in the journal PLOS Genetics. Xiao’s research team had taken high-resolution images of a complex network of proteins that helps coordinate cell division in bacteria. She says that describing her work to an artist was a rewarding process. “It was like putting puzzle pieces together. It helped me to think in much greater detail about our work and to understand that there is still so much we do not know.”

“I think science and art have a lot in common,” she adds. “A great piece of science is like a great piece of art. Its beauty is transcending and inspiring.”

Gabelli says that working with art students has taught her how to better portray the biological structures she studies and communicate her science to nonscientific audiences. “I’ve had to learn how to explain molecular realities verbally in such a way that the students can visualize them,” she says. “That is a skill that helps me communicate with people I meet on airplanes, researchers in my field and everyone in between.”

Sometimes, art can even influence the science it depicts, a trend that is likely to grow as artistic technology improves. Johnson, who hated molecular biology as an undergraduate, got hooked on it while illustrating a cell biology textbook. He later earned a Ph.D. in the subject and is now a faculty fellow at the University of California, San Francisco, and director of the Animated Cell at the new Allen Institute for Cell Science. With the aims of adding art to scientists’ toolboxes and improving scientific tools for illustrators, Johnson collaborates on visualization projects while also designing software to improve the modeling and depiction of 3-D molecules and cells. Already, when researchers see their hypotheses in action, they have sometimes been inspired to rethink them and design new experiments accordingly.

Johnson predicts that scientific illustration will grow more integral to science than it already is, saving time and money by guiding scientists toward the most promising ideas. His major goal is to create 3-D simulated cells that are accurate enough to be used for generating hypotheses and predicting experimental outcomes. “I have long dreamed of being able to fly into any cell to ‘see’ what’s going on,” he says. One day, he probably will.

Sandra Gabelli on Protein Structures and Pasta
Sandra Gabelli is an assistant professor of biophysics and biophysical chemistry and of art as applied to medicine. The long-term goal of her work is to design targeted therapies to help better treat diseases like cancer.
Read More