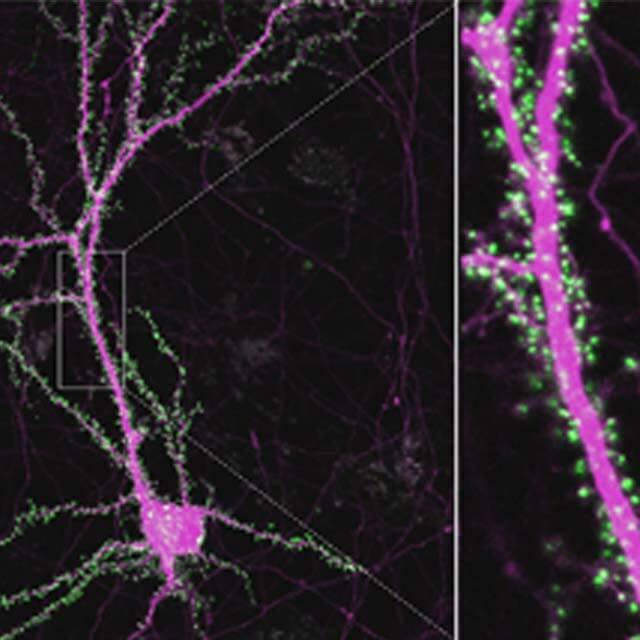 Detailed view of a mouse neuron

June 2015—For 30 years, neuroscientist Rick Huganir has been studying what happens as the brain learns new information. Until recently, his research entailed teaching mice new tricks and then euthanizing them before probing their brain tissue under a microscope. But in the past few years, Huganir has been using a new technique that lets him watch the real-time molecular changes that occur as a mouse learns. All he has to do is look through a window into its brain.

“If you told me 10 years ago that we would have little windows into mice brains, I would have said you were crazy,” says Huganir, director of the Johns Hopkins University School of Medicine’s Solomon H. Snyder Department of Neuroscience and co-director of the university’s Brain Science Institute. “But it has turned out to be a really powerful technique.”

In fact, the technique, broadly referred to as brain activity mapping through imaging, could revolutionize how we study the mind. Researchers are using this sort of mapping to investigate everything from memory formation to learning disabilities to the molecular roots of psychiatric disorders. “This is really transformational,” says Dwight Bergles, a physiologist in the Department of Neuroscience and a forerunner in this type of in vivo brain mapping.

Brain activity mapping can take several forms, from studies of discrete regions of the brain using PET and MRI scans to viewing individual cells in these circuits using advanced light microscopy. Scientists now know how to make specific molecules in the brain glow by re-engineering the green fluorescent proteins (GFPs) found inside some jellyfish and corals. Bergles, for instance, is using a type of GFP that only glows when it binds to calcium. When nerve cells are active, they experience a rise in calcium, so these new probes reveal which cells are active when animals are engaged in different behaviors. Now, researchers can even have these calcium-sensitive proteins fluoresce in red as well as green, which allows them to observe concurrent responses in the brain.

In the past, scientists exposed GFPs to short wavelengths of light to make them glow. But over the past two decades, they have advanced on that technique by using two-photon microscopy, which uses light of a longer wavelength to induce fluorescence. Two-photon microscopy has two advantages for visualizing fluorescence in the brain: The longer wavelengths do not scatter as much as they pass through the tissue, and the light can be focused in a tiny area. This allows researchers to separately view different levels of tissue, creating “optical sections” without the need for actual slicing. “That's really important for looking at the behavior of cells embedded in a thick tissue—otherwise, the whole thing looks like mush,” Bergles says. 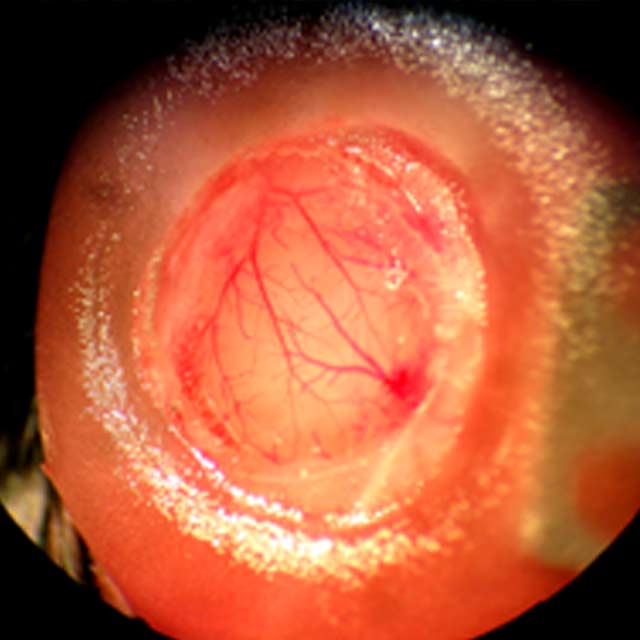 Window into a mouse's brain

Researchers can now remove a small portion of a mouse’s skull and replace it with a glass cover slip, sealed around the edges with dental cement. After a brief recovery period, the animal goes on to live a normal—albeit highly scrutinized—life. Working with live animals means that researchers can observe the same animal across long stretches of time. “It sounds like science fiction, but we now have a window into the brain,” Bergles says.

Brain mapping using this type of imaging still has a few hurdles to overcome. Crucially, it only allows researchers to peer about a millimeter into the brain, leaving deeper brain areas out of reach. Moreover, most research done to date entails immobilizing the animal’s head beneath the microscope while obtaining images so that the pictures are clear. But a mouse constrained in this way is not able to engage in all of its normal behaviors, despite the invention of virtual reality systems that fool the mouse into thinking it’s walking down a hallway or navigating a maze, when it’s actually scampering along a Styrofoam ball held aloft by a jet of air.

However, newer techniques could soon address those shortcomings. Researchers are experimenting with threading fiber-optic cables deeper into the brain. They are also developing miniaturized microscopes that mount right onto the head of the animals so that they can move around freely.

Bergles is interested in understanding how brain cells called astrocytes work. It’s known that astrocytes are found throughout the nervous system and support neurons, but very little is known about how their activity is controlled. To make matters more intriguing, in the last decade, researchers have discovered that astrocytes can release neurotransmitters, a task previously thought to be exclusive to neurons. But astrocytes are hard to study directly.

The nervous system is traditionally thought of as an electrical machine that shuttles information among neurons via brief electrical signals known as action potentials. Electrodes dropped into the brain are able to detect action potentials, which have allowed researchers to map neuronal activity in great detail. But, as Bergles puts it: “There’s really a lot more to the nervous system than neurons.” Crucially for Bergles, astrocytes respond not through action potentials, but through changes in the concentration of calcium. That means an electrode would completely overlook astrocytes in the circuit.

By creating transgenic mice in which only certain cells—in this case, astrocytes—have the calcium-sensitive GFP, Bergles has been able to look at when astrocytes are active in the brain. In a recent experiment, he had the mice walk on a treadmill. Often when the mice walked, astrocytes throughout the brain lit up, an effect he traced to the release of the stress hormone norepinephrine. That suggested that astrocytes may play a key role in the transition from a relaxed to a more aroused state. Bergles now suspects that astrocytes may prime mice to pay more attention to their surroundings.

Meanwhile, Huganir is trying to figure out what happens in the brain as it acquires new information. The working hypothesis, he says, is that when animals—people included—experience something new, a given circuit in the brain gets modified through the strengthening of synaptic connections.

To test his idea, Huganir stimulated mouse whiskers—which are extremely sensitive to touch—at a frequency of 10 hertz. He was startled to see that even that mundane stimulus made certain synapses stronger. Now, Huganir has moved on to a more complex setup that involves making a mouse learn and remember information. Mice are placed inside a box with a hole through which they can reach their paws. A pellet of food is placed outside the box where they can’t smell it, and they must learn to grasp the pellet and bring it to their mouth. Huganir suspects that this sort of coordination learning happens next to the motor cortex, so he’s observing the synapses there to see what happens during the task. Results are forthcoming, but Huganir says he’s excited to “watch memories forming in real time.”

Two-photon microscopy has two advantages for visualizing fluorescence in the brain: The longer wavelengths do not scatter as much as they pass through the tissue, and the light can be focused in a tiny area. 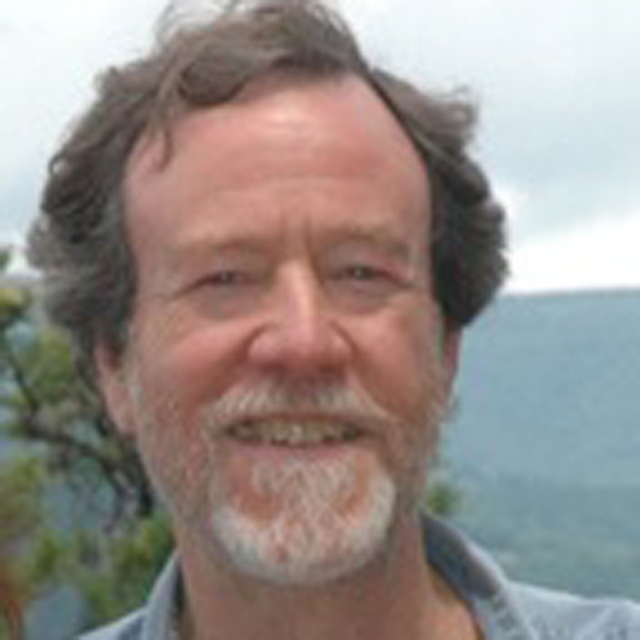 Wade Gibson on Virus Assembly, and Doing What You Love
Wade Gibson is a professor emeritus of pharmacology and molecular sciences. His lab studies a type of herpesvirus called cytomegalovirus.
Read More