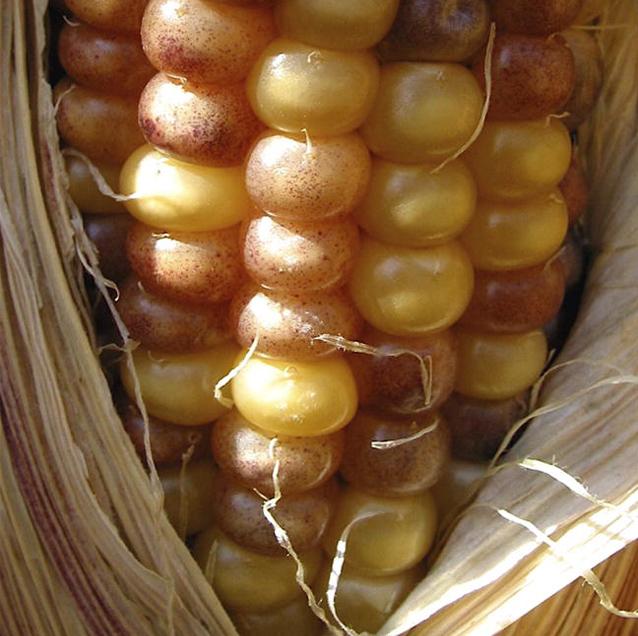 January 2014—The transposons in your cells are probably identical to those of your parents. These pieces of DNA, also known as transposable elements, can theoretically move or “jump” themselves around the genome, but they stay put most of the time.

However, a little over a year ago, Haig Kazazian, professor of human genetics at the Johns Hopkins University School of Medicine and a member of the McKusick-Nathans Institute of Genetic Medicine, published results that illustrated an exception. In the DNA of colon cancer cells, a kind of transposon known as Long Interspersed Nuclear Element-1, or LINE-1, was copying and pasting itself all over the place. And some of the places LINE-1s had jumped to were within genes that were already known to have a role in forming tumors.

To find out what was happening in the colon cancer cells, Szilvia Solyom and Adam Ewing, from Kazazian’s lab, used next-generation sequencing techniques on DNA from 16 colons with tumors and 16 normal colons. The tumors showed evidence of up to 17 new LINE-1 insertions, while normal colon cells had none. (Some tumors also had none; there's a lot of variation.)

The study of transposons has increased as new techniques have made it easier to find them. In recent years, researchers at Johns Hopkins studied transposons in tumors, mapped them in the genomes of many people and studied them in other animals.

"Fundamentally, transposon insertion has a lot of potential for destruction," says Jef Boeke, who recently left Johns Hopkins for New York University. One could imagine a transposon inserting itself into a beneficial gene—a tumor suppressor, say—and silencing it.

Transposons have other ways of disrupting the genome. They can promote recombination, meaning they provide sites with matching DNA on different chromosomes that make it easier for the chromosomes to swap DNA. That can put whole segments of chromosomes where they don't belong.

It seems logical that transposition could contribute to cancer. "But we have no idea, really, if these are important in the cause of the cancer. They may just be followers," Kazazian says.

Other researchers have found active LINE-1s in lung cancer. But people have looked at plenty of other tumor types without finding active transposition, including glioblastoma, medulloblastoma, leukemia and breast cancer.

Kazazian's group is now looking for evidence of LINE-1 activity in esophageal cancer and in precancerous lesions. They're also collaborating with Kathleen Burns and her lab in the study of LINE-1 transposons in pancreatic cancer, where she’s also studying LINE-1 transposons in ovarian cancer. The aim of all of this research is to understand when and where retrotransposition happens and whether it can impact tumor development.

Transposons are also likely to be important in how normal cells function, since they make up a large portion of our DNA. “More than half of our genome is made up of mobile DNA sequences like LINE-1,” Burns says. “Furthermore, variability in these sequences is an important component to each person’s unique genetic makeup.”

Burns has worked on understanding just where active retrotransposons appear in the genome, a task made more complicated by the presence of all those long-quiet descendants of transposons, which camouflage the active transposons. "In that haystack, it's been hard to find the needles"—the transposons that are still active and variable in humans, she says.

But new techniques have made it possible. A few years ago, Burns and Boeke collaborated to map the active Long Interspersed Nuclear Elements (LINEs) in the human genome. They found that there are about 500 insertions of young LINE-1 elements in each human's genome, the locations of which vary by person. "What's great about these new methods is that you can cover the whole genome. You can, without bias, have a complete catalogue of insertions," Burns says.

Burns and Boeke mapped the LINEs using a special DNA chip they call the TIP-chip, for Transposon Insertion Profiling by microarray. Boeke's group invented the approach in 2006 to find transposons in yeast, and Burns adapted it for human DNA. Now, she's developing a next-generation method for finding LINEs, called transposon insertion profiling by sequencing, or TIP-seq. The new method is more accurate at finding LINEs and can more precisely describe their location. "We can find all the differences between you and me, and all the differences between a normal cell and a cancerous cell," Burns says.

Researchers can use this information on differences between people to test all sorts of hypotheses. For example, they might want to find out whether particular insertions correlate with particular traits or disorders.

Retrotransposons are also used to study evolution. When a retrotransposon makes a copy and replicates itself in a germ line cell, the new copy is in the organism's descendants forever. That means scientists can look at insertion sites in different organisms to learn about their evolutionary relationships.

Nancy Craig, professor of molecular biology and genetics, studies the other kind of transposons: DNA transposons. That's the kind of transposon that excises itself from the genome, then reinserts itself somewhere else—a process of cutting and pasting. This kind of transposon doesn't normally seem to occur in humans, but active cut-and-paste elements from other creatures can move around in human cells when placed there by researchers. Intriguingly, Craig and her colleagues did find an active DNA transposon a few years ago in another mammal: the little brown bat.

Craig's team has worked on many families of DNA transposons. "Part of what we've done is to show the fundamental chemical similarity between transposons of the same family," Craig says. "It turns out that they all work the same way, but we didn't know that when we started out."

Craig and other scientists are interested in understanding how transposons pick their sites, because transposons can be used in gene therapy. It's possible to take a DNA transposon from an insect or a fish, for example, and put it in a mammalian cell, then watch it work. Now Craig is studying just how the host fits into the process—whether cells somehow inhibit or activate DNA transposons and which host proteins get involved.

Those are just two of the ways transposons can muddle the genome, Kazazian says. "The crazy thing is that all organisms have them," Kazazian says, even though they're kind of destructive. "Why the heck were they tolerated throughout evolution?"

Kazazian has big hopes for understanding more about how retrotransposons work. He'd like to take tumor cells in culture, edit out the insertions that seem significant and see whether the cancer changes its behavior. With another group, he's trying to catch retrotransposition events in live stem cells by periodically analyzing them as they grow and divide.

Looking at transposons tells us a lot about how our genome is evolving, Kazazian says. “They've been heavily involved in the evolution of the human genome for a long time.”