Having It All, Johns Hopkins-Style

Having It All, Johns Hopkins-Style

Researchers report how they divide their time between work and family

August 2013—As the daughter of the science lab coordinator at a community college, you could almost say I grew up in the lab. During the summer, my sister and brother and I would drop in and out of the labs in between our activities, hanging out in the break room or washing test tubes and beakers for petty cash. I’d spend hours in the college library, curled up in a comfy chair reading Sherlock Holmes or napping. If our mother’s co-workers ever batted an eye about her mixing work with child supervision, we didn’t see any sign of it.

But how is the picture different on the other end of the higher education spectrum, in tenure-track positions at a top research institution like Johns Hopkins? An oft-heard refrain is that the difficulty of fitting family obligations in among grant applications, research publications, supervising trainees and—oh, yes—research is a key factor keeping female scientists off the tenure track altogether. A 2009 report by the Center for American Progress and the Berkeley Center on Health, Economic and Family Security puts it this way: “Research-intensive universities were considered the least family-friendly of a range of possible career choices including tenure-track careers at teaching-intensive institutions, non-tenure track faculty positions, policy and managerial careers inside and outside academia, and research careers within and outside academia. Only 36 percent of postdoctoral women and 52 percent of postdoctoral men, and 28 percent of doctoral student women and 44 percent of doctoral student men viewed tenure-track careers at research-intensive institutions as family-friendly.”

I wondered whether this reputation applied to Johns Hopkins. More than that, I wondered how research faculty members with young families were managing their balancing act—how their career plans affected decisions about child rearing, and vice-versa. I conducted a few highly unscientific case studies to find out.

Erin Goley waited to start a family until near the end of her postdoc at Stanford, when she’d gotten the results to support “a couple of good papers,” she says. But she didn’t expect the timing to work out quite like it did. “The day I was submitting one big paper, I was in labor,” she says. “Less than 12 hours after I submitted it, my son was born.” 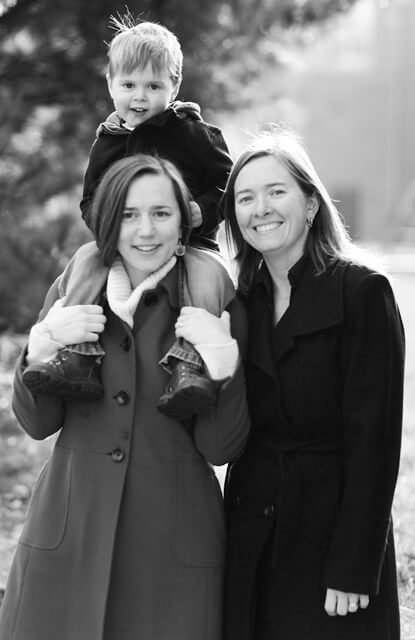 Nine weeks later, Goley was back at work, and she and her wife, who did community relations work for the San Francisco Giants, were splitting drop-off and pickup duties at day care. “I was never someone who was in the lab 16 hours a day, so adding our son didn’t cause much of a change at work,” she says. When Goley became an assistant professor in Johns Hopkins’ Department of Biological Chemistry, her wife decided to stay home as the family adjusted to life in Baltimore. Goley always tries to be home for dinner with her wife and now 3-year-old son, and makes weekends family time. “Balancing work with family makes me more efficient in my time here—I have a time point when I know I have to be home,” she says. But she admits that work sometimes can interfere with family time, as when she recently agreed to review a paper for a journal just before going on vacation. Her goal: “One of these days I’m going to do the vacation where I set an auto-reply.”

Asked if she has any words of wisdom for scientists planning a family, Goley offers reassurance. “Everyone stresses out about it, particularly women,” she says. “But there are a lot of ways to make it work. I think the fear is worse than the reality.”

The Bane of Snow Days 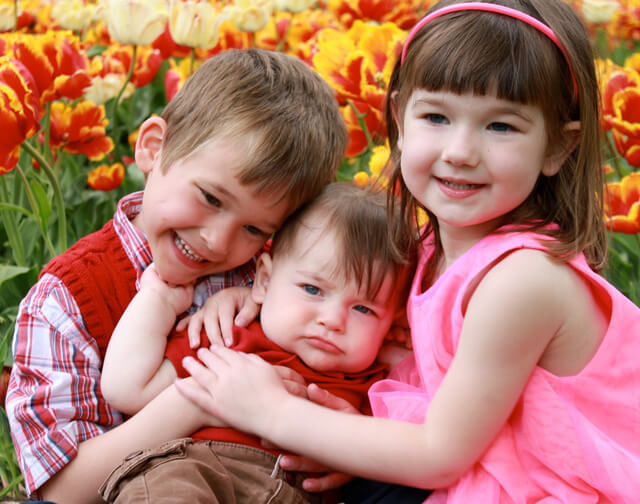 If Michael Wolfgang ever looked forward to snow days, those days are long behind him. Though the oldest of his three children has yet to start kindergarten, their day care center observes the same snow days as Baltimore City schools, and “they close on the threat of snow,” he explains. “I’ve had to stay home when it rains.”

Nonetheless, Wolfgang and his wife, who works in Bethesda, are grateful to have the day care on non-rainy days. Both were postdocs at Johns Hopkins when their first child was born five years ago, and “the most nerve-wracking thing was finding adequate day care in the city,” Wolfgang says. “It’s hard to find any day care at all that will take an 8-week-old, and we have no family in the area.” Now an assistant professor of biological chemistry, Wolfgang says coping with snow days and staying home with sick children was most difficult when he was just starting his own lab. “Back then it was just me and a technician, so if I didn’t come to work, nothing got done,” he says. “Now I think the people in my lab are actually more productive when I’m not there.”

Wolfgang doesn’t extrapolate his family’s experiences to advice on optimal timing, however. “There’s never a good time to start a family,” he says, adding, “I wouldn’t wait forever.”

The Importance of Good Support

Biomedical engineer Jennifer Elisseeff began her professorship at Johns Hopkins as a single parent, a role that has helped to sell her on the worthiness of in-home childcare. “It’s hard enough to get myself out the door in the morning,” she explains. “And au pairs will do things like have dinner ready.” Hiring first a full-time nanny and later au pairs worked out so well that Elisseeff continued to have live-in help until this year, and still hires a college student to shuttle her 14-year-old daughter between school, activities, and home. (Elisseeff is now remarried, but her husband lives in Italy part time.) The experience taught her important management skills, she says, that she’s also put to use in the lab.

Reflecting on how her perspective has changed since starting a family, Elisseeff, now the director of Johns Hopkins’ Translational Tissue Engineering Center, says, “I never considered managing family and work an issue before really getting into the thick of it,” and credits a strong network with helping her get through when the going is tough. Despite the challenges, she says, “I would never want anyone to think they had to give up their family to have an interesting, satisfying job. Your family’s the most important thing.”

All in the Family

Not many 14-year-olds can say their illustrations have appeared on the covers of both Nature Neuroscience and The Journal of Neuroscience. What earned Max Song that distinction was his artwork combined with his parents’ research: He uses the principles of classical Chinese painting to illustrate the concepts of their newest papers. In addition to making use of Max’s artistic skills, Guo-li Ming and Hongjun Song, both professors in the Institute for Cell Engineering, involve Max and his sister, Maggie, 10, in their careers in other ways. Max and Maggie often come to the office when school isn’t in session, sitting in on meetings with students and postdocs. During summer vacations, they go to scientific conferences as well. “While it is still early to say what they will be in the future, I think both of them like science and think it is fun to do science,” Ming says.

But collaborating in both research and parenting does have its downsides. “It is hard for Guo-li and I to go to the same meetings during school time,” Song says. And with all the traveling they do, there are times when they hand off the kids to one another in the airport. Once, when Song’s flight home was canceled, Ming had to take Max and Maggie with her to a study section (a review committee for grants).

Occasional hiccups may be inevitable, but Ming credits the couple’s department and institute for helping them manage their balancing act. “One of the things that attracted us to Johns Hopkins is the success of many couples here,” she says. “We have been given a lot of flexibility during our career development.”

No Time to Mess Around

Seth Margolis’ first son was born while he was a third-year graduate student at Duke. The second came along during his first year as a postdoc at Harvard, and the third soon after he’d started as an assistant professor at Johns Hopkins. “Hopefully we don’t move again, or we’ll probably have more kids,” he says drily.

For much of Margolis and his wife’s 10 years as parents she has held demanding jobs as a hospital-based child life specialist, and holding up his end of the child care duties while building a research career has required sacrifices, Margolis says. While at Duke, “we had this crazy work schedule, and one car,” he says. He’d routinely return to the lab after dinner and work until 2 a.m. The couple was happy to move to Boston later because both had family there, but Margolis found Boston more stressful than North Carolina, and their monthly child care bill shot up to about $3,000 a month for a toddler and an infant. 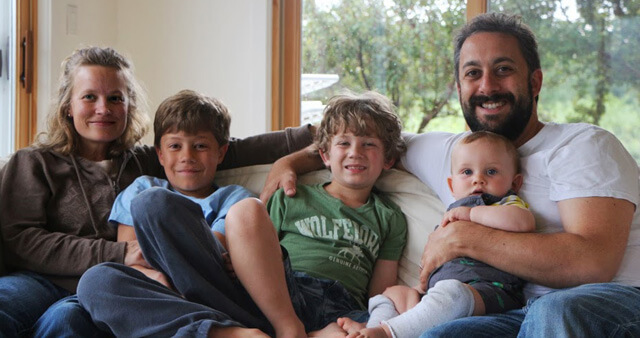 Seth Margolis with wife Emily and sons (from left) Jacob, Caleb, and Bennett

Still, Margolis has no regrets (apart from taking on a fixer-upper house while in Boston), and in fact sees his family responsibilities as a career booster. His graduate school adviser, a mother of two herself, responded to the news that Margolis was expecting his first by pushing hard to get his first paper submitted before the baby’s birth. “I realized then that having kids can be really positive for your work, because you don’t have time to mess around,” he explains. “You create deadlines, and you do your best to meet them. Science has these endless boundaries, and having kids helped me set my own boundaries.”

Support from the WorkLife Professionals for Johns Hopkins Parents

We may not be able to look forward to Sweden’s 480 days of paid parental leave after a birth or adoption, or France’s government-subsidized child care, but the Johns Hopkins Office of Work, Life and Engagement offers a number of programs designed to make life easier for employees with a range of family situations, ages and needs, including parents. Expecting parents can get the lowdown on what’s available at one of the semiannual Johns Hopkins Baby Showers. A few highlights:

•    Emergency backup care: If regular child care arrangements fall through or a child has to stay home because he or she is sick, parents can call for in-home child care through Parents in a Pinch. Johns Hopkins will later reimburse the employee for part of the cost of the care.

•    Adoption assistance: Eligible employees can be reimbursed for some of their adoption-related costs.

•    Workshops: The WorkLife Presents program presents a variety of one-hour lunchtime workshops on the Homewood and East Baltimore campuses, including many related to child rearing. 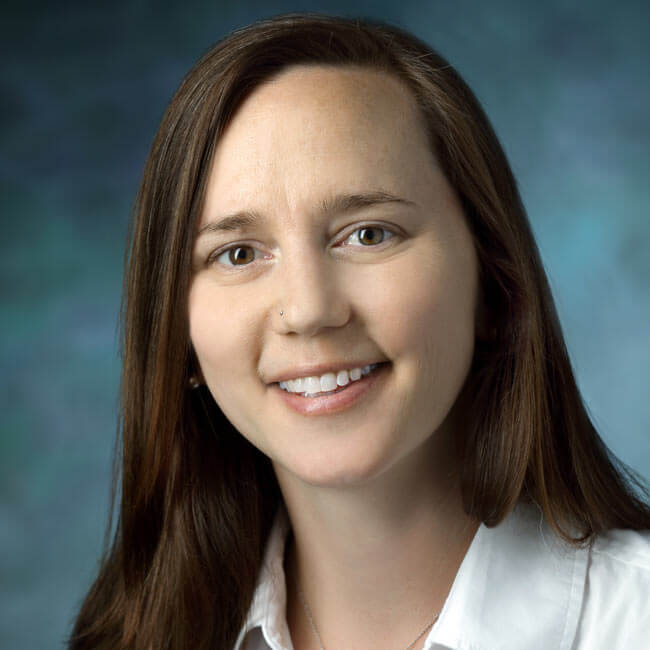