Grant Program Gives Research a Push from Bench to Bedside 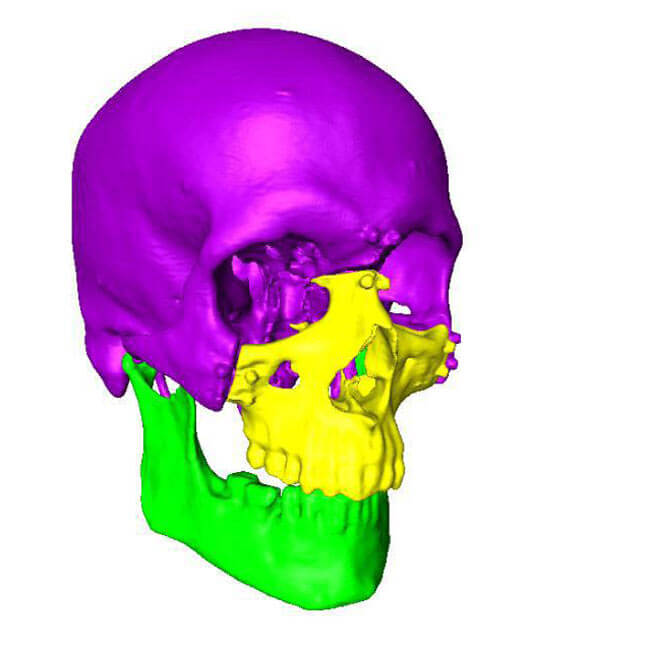 Grant Program Gives Research a Push from Bench to Bedside

August 2014—The Accelerated Translational Incubator Pilot (ATIP) program has a long name but a streamlined mission: to get promising biomedical innovations to patients faster. The grant program provides selected Johns Hopkins University faculty up to $100,000 and a “research navigator” to help keep the project on track for completion within a year. In the latest round of funding, which began in June, ATIP recipients have an additional advantage: access to a new Institute for Clinical and Translational Research (ICTR) resource called “The Research Studio,” a consultation with a custom-assembled group of experts to garner advice about obstacles researchers might encounter and how to overcome them.

ATIP is part of the ICTR, a National Institutes of Health (NIH)-funded center at Johns Hopkins that comprises myriad resources to help researchers translate basic science discoveries into clinical applications. The grant program, says Jeff Rothstein, a neurology professor, director of the Brain Science Institute and director of ATIP, grew out of a desire “to do something in the near term to benefit patients.” Emphasis on “near term”—much of what sets ATIP apart from other grants comes down to a focus on delivering results fast. The core focus of ATIP is to enhance translation of basic or clinical research toward patient-applicable outcomes, such as new drugs, disease biomarkers, devices or software.

It starts with the application process, which 2011 recipient Linda Resar, an associate professor of medicine and oncology, remembers as “accessible and short” compared to more traditional grant programs. Part of it, she notes, is that because the grants are internal, they don’t require extensive administrative paperwork. To be selected for ATIP funding, projects have to be far enough advanced and have all the components in place to convince the reviewers that the projects can achieve significant milestones within a year. And, unlike with NIH grants and many others, there’s no lag time between the funding announcement and availability of funds. “We received an email that said, ‘It starts tomorrow,’” Resar says. “So you have to have everything in place and ready to go.”

The strategy used to streamline the process of translational research at Johns Hopkins is, according to research navigator Linda Post, “to try to move academia more in line with pharma, working very much in a project management style, where you have a timeline and monitor progress.” She explains that the essential elements of this approach include providing infrastructure and support and requiring progress reports every two months to ensure that the project’s milestones are being met. The research navigator is responsible for scrutinizing these reports for any obstacles threatening timely completion of the work, then directing the investigator to appropriate institutional resources.

As a former clinical research nurse with 12 years’ experience managing trials focused on HIV- and Epstein-Barr virus-associated malignancies, Post is well equipped to help with such obstacles. Carol Kobrin, who holds a doctorate in the field of immune system regulation and cellular immunology, joined the ICTR in October 2013 as the director of ICTR Navigator Supported Services. She has more than 22 years of experience in regulatory affairs and development of human investigational products at the National Cancer Institute and the Johns Hopkins Kimmel Cancer Center.

Previous recipients cite access to expert advice as one of ATIP’s perks. In Resar’s case, her planned approach of using tiny molecules called microRNAs to block the action of a protein that causes cancer metastasis was less effective than expected. Through the ATIP program, she was introduced to Justin Hanes, and together they are developing a new approach using nanoparticles to deliver a different kind of customized RNA, called short hairpin RNA, to cells. This short hairpin approach successfully blocked the action of the target gene, HMGA1, and led to Resar’s discovery that blocking HMGA1 in cancer prevents tumors from metastasizing to distant sites.

For Jim Barrow, an associate professor of pharmacology and molecular sciences, getting to know fellow grant recipients was a highlight of his ATIP experience. He joined the Lieber Institute for Brain Development and the Department of Pharmacology and Molecular Sciences in 2010. Shortly thereafter, he won an ATIP grant to screen potential drug compounds for their action on a protein linked to mental illness. His team never got past the first step in the process, which turned out to be more difficult than they’d anticipated, and Barrow ended up returning some of his money to the ATIP fund. Nevertheless, he remembers enjoying the experience as a newcomer to Johns Hopkins. “I was impressed by the breadth of things that were going on, and it was a good chance to meet people,” he says.

Starting this year, all ATIP recipients have an opportunity to arrange a studio consultation for their funded project. The Research Studio, a new resource available to all Johns Hopkins faculty, is based on the concept of a master class, Post says. “We anticipate a few levels of support for Studios,” she explains. “We might have newly appointed faculty who are unfamiliar with all of the considerations to be made in conducting a translational research project. They may be looking for specific collaborators or resources,” Post says.

In another version of a Studio, the research navigator helps to identify multiple Johns Hopkins experts who are familiar with the various steps an investigator will need to go through in order to complete his or her project. Those experts sit down together with the ATIP recipient for an hour or two for a free-flowing conversation aimed at formulating the best scientific questions possible and describing the hurdles a project is likely to encounter and how to avoid or overcome them.

Finally, for investigators looking for help in identifying specific resources or support, there may also be a version of the Studio consultation that is focused on putting teams in touch with all of the resources available within the ICTR and The Johns Hopkins University.

Even before the advent of the new Studio initiative, the results of ATIP projects have been impressive, Post says. In the last round alone, one of the awardees obtained NIH funding prior to the end of the 12-month ATIP award to build on the results of the research. Another team got a provisional patent. Each team had one or more publications accepted before the end of their ATIP award period.

One of the recipients was Chad Gordon, an assistant professor in the Department of Plastic and Reconstructive Surgery, who used the grant to further develop a computer-assisted planning and execution system for facial transplantation. “All face-jaw-teeth transplants so far have required some form of revision surgery, because it’s very difficult to make the jaw, teeth and bones of the donor and recipient align together,” he says. “Therefore, we really need computers and a unique planning navigation system to work together seamlessly so that we know exactly where to place the face, bones and teeth.” 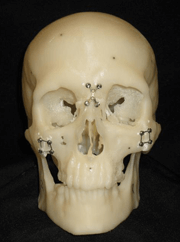 Supplying that help is no mean feat. So far, the project has involved close collaboration with experts at the Walter Reed National Military Medical Center and the Johns Hopkins University Applied Physics Laboratory, in addition to many surgeries on cadavers and pigs to test and validate the technology. “By having the unique support of [ICTR director] Dan Ford, Linda and the entire ATIP network, one is able to provide structure and cohesiveness to a multidisciplinary team spread across three campuses,” he says. The results of Gordon’s ATIP year were so promising that he won one of two Abell Foundation prizes at this year’s Joint Meeting of the Johns Hopkins Alliance for Science and Technology Development and the University of Maryland, Baltimore Commercial Advisory Board.

“Hopkins has a lot of phenomenal research talent, and the challenge is, how do we make sure that early discovery translates back to patients?” Rothstein says. “Many of our basic science and clinical faculty just didn’t know how to do that translation. ATIP is one way we’re changing that.”