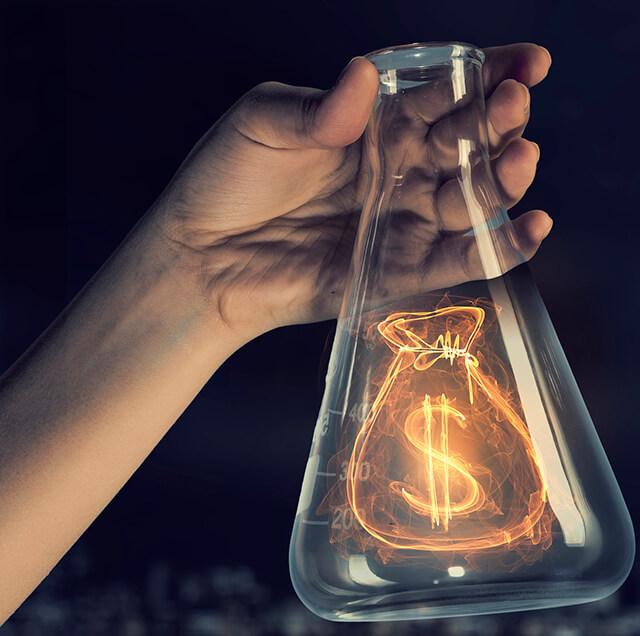 September 2018 -- Johns Hopkins University School of Medicine leaders plan to invest $100 million over the next five years to hire new faculty and support programs aimed at unraveling the mysteries of biology. Such “basic” science discoveries underpin virtually every major medical breakthrough, say the leaders, and they have appointed structural biologist James Berger, Ph.D., to direct the Johns Hopkins institute dedicated to this effort.

“The time is now to place a big bet on basic science research,” says Paul B. Rothman, M.D., dean of the medical faculty and CEO of Johns

Hopkins Medicine. “We are at an unprecedented time when advances in technology have positioned us to make the greatest achievements in biomedical research that mankind has ever seen.”

The ability to read the genetic code of life with DNA sequencing technology costs nearly 1,000 times less than it did 10 years ago, and it takes mere minutes to get the results. Exceptionally high-powered microscopes and imaging technology have allowed scientists to envision the inner workings of cells more precisely. Scientists have also improved their ability to develop tools on the nanoscale and use data- and mathematically-driven concepts to model biology.

Among the officials to lead the renewed investment in basic science research is Berger, who is a professor of biophysics and biophysical chemistry at the Johns Hopkins University School of Medicine and co-director of the Cancer Chemical and Structural Biology Program for the Johns Hopkins Kimmel Cancer Center. Berger, who will now direct the Institute for Basic Biomedical Sciences (IBBS), succeeds former institute director Stephen Desiderio, M.D., Ph.D., who retired in July.

“Our ability to discover, decipher and visualize the molecular underpinnings of biology is key to the larger goal of improving human health,” says Berger, who received his Ph.D. from Harvard University in 1995 and completed a fellowship at the Whitehead Institute at MIT in 1998. He served on the faculty and directed a laboratory at the University of California at Berkley until 2013, when he came to Johns Hopkins. 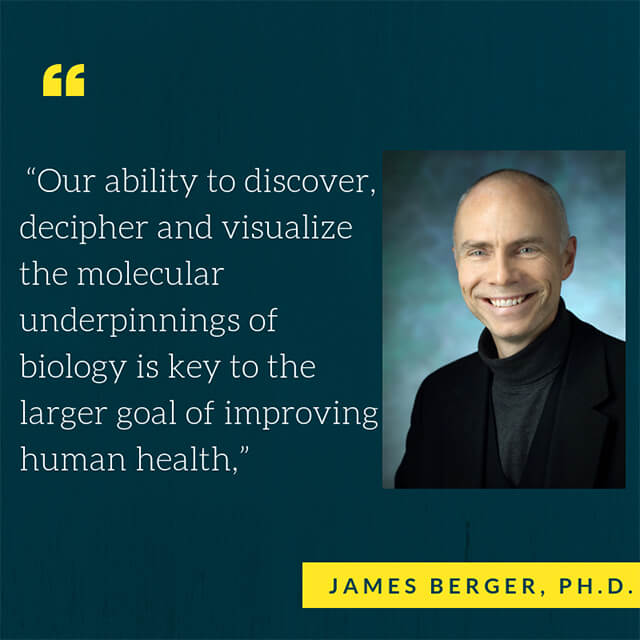 Berger’s research interests focus on fundamental studies of DNA replication and chromosome superstructure and their control by small-molecule and biological regulatory mechanisms. He has trained more than 40 doctoral students and postdoctoral fellows who now have careers in academia, biotechnology and other industries.

Berger, who is the Michael and Ann Hankin and Partners of Brown Advisory Professor in Scientific Innovation, has authored or co-authored more than 160 peer-reviewed publications and serves as a scientific reviewing editor for the Journal of Molecular Biology and eLife. He is a member of the National Academy of Sciences and the American Academy of Arts and Sciences.

“The first step in research is to understand how and why biology works the way it does,” says Berger, who has served as deputy director of IBBS since October 2017.

The IBBS is home to two Nobel laureates, and as its director, Berger will oversee nine departments and 178 faculty members who have led advancements in diverse areas such as the structure of DNA and RNA, the structure and control of the organization and trafficking of cells, and the function of neurons that enables sensation and memory formation.

The five-year, $100 million investment by the Johns Hopkins University School of Medicine is part of a new initiative dubbed “Betting Big on Basic Science.” Most of the investment will be used to support salaries and laboratory teams for newly recruited faculty members among nine departments that form the IBBS. Other funds will be used to develop new graduate programs and to establish and equip the core facilities that provide access to sophisticated instruments and other research support. Such heavy investment in basic science research is unprecedented at Johns Hopkins Medicine.

Muscling DNA Around Using Protein Nanomachines | Science: Out of the Box