And the Nominee is… 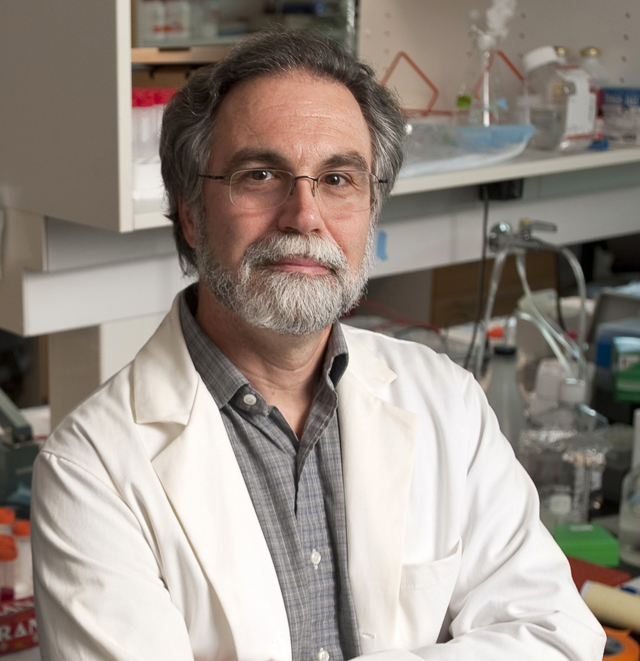 And the Nominee is…

A peek behind the curtain of the Johns Hopkins Awards Committee

November 2013—It seems that no scientific society’s annual meeting is complete without an awards ceremony, and charitable foundations and the occasional wealthy individual sometimes promote biomedical discovery by giving out awards. But how are these awardees chosen? It turns out that, at least at Johns Hopkins, the selection process begins earlier than you might think, with a standing committee tasked with making sure that no faculty members and no awards fall through the proverbial cracks.

Take the case of Gregg Semenza professor of genetic medicine at the Johns Hopkins University School of Medicine. A few years ago, he was in Colorado at a Gordon Research Conference—an intimate gathering of researchers focused on a specific scientific problem—when he found out that he had been awarded the Gairdner International Prize. The Gairdner goes to five researchers each year and is often a harbinger of who will win a future Nobel Prize. Semenza won the Gairdner for his discovery of and work on hypoxia-inducible factor 1 (HIF-1), a protein that binds to DNA when oxygen levels are low to increase the activity of important oxygen-related genes.

The awards committee currently consists of 23 faculty members whose identities remain undisclosed. They are a representative group of senior faculty that has familiarity with prize opportunities and with those who may be potential Johns Hopkins candidates. They hail from the schools of medicine and public health and from science departments on the Homewood campus. The committee meets twice a year to review a list of major academic awards and to brainstorm about which of their colleagues would be strong candidates for each.

For Semenza, just learning that his colleagues had nominated him was an honor. “There are so many deserving people here,” he says. “It’s really nice to know that we have colleagues who care enough about advancing each other’s careers that they devote the time and effort involved in the nomination process.”

In 2005, a new chairman—let’s call him Dr. D.—took the reins and scheduled meetings twice a year. Dr. D. has been part of the committee since its inception. He was inspired to become involved when he realized that the committee would provide great support for Johns Hopkins faculty. He says that he knows of only a few other schools with awards committees.

The current executive vice dean Landon King is a strong supporter of the committee. “As an institution, we like to recognize the hard work and accomplishments of our colleagues,” he says. “Seeking external recognition on their behalf is part of that.”

The Nobel is, of course, one of the most lucrative and awe-inspiring scientific prizes, but Dr. D. notes that less famous academic awards are also crucial for furthering researchers’ careers. “In the business world, success is measured in dollars; in science, by peer recognition. But the Johns Hopkins ethos is contrary to self-promotion,” he says. “Our committee helps those who are reticent to put themselves forward gain the recognition they deserve.”

For the Nobel Prize in medicine or physiology, nominations can only be made by a select group of people, including previous winners and those who belong to the Nobel Assembly at the Karolinska Institutet in Sweden. Most prize-granting committees are a bit more relaxed about who can nominate, but they all depend on nominations to help them make their decisions.

Semenza points out the importance of the Johns Hopkins Awards Committee’s nominations. “If no one from your own institution nominates you, it doesn’t matter how many other nominations you receive from colleagues at other institutions. It doesn’t look good,” he says.

In addition to variations in scope, prestige and monetary value, awards for biomedical research vary in their nomination requirements and deadlines. Having a centralized awards committee means that individual faculty members don't have to keep track of the practical parts of the process. In fact, once someone has agreed to write a nomination, an administrative assistant will follow up with the committee member until it is complete.

At a recent awards committee meeting, Dr. D. began by listing those faculty members who had won awards since the last meeting. The committee then reviewed short descriptions of 23 awards that ranged in monetary value from zero (the National Medal of Science) to $3 million (the Breakthrough Prize in Life Sciences) and discussed which of their colleagues would be good candidates.

After at least one candidate was chosen for each award, the team discussed who should write the nomination letter. Most frequently, a member of the committee volunteered for the task. Other times, the members decided to delegate it to someone who was more familiar with the candidate or who might be more familiar to the particular award’s selection committee.

Most of the time, especially for prizes with more narrow scopes, the best candidates were immediately obvious to the committee and may have already been nominated in past years. In those cases, the committee could look up the rules of the prize and check the "expiration date" on the nomination. If it had expired, they would choose someone to submit a new one. If two strong candidates were suggested for an award, the "tie" didn't have to be broken; both could be nominated by different people. Since the members of the committee are themselves quite accomplished, they sometimes suggested each other as candidates. Their responses ranged from humble gratitude to the suggestion of a more ideal candidate.

To bring a deserving faculty member to the attention of the awards committee, please email Lisa Sparks at lsparks1@jhmi.edu.