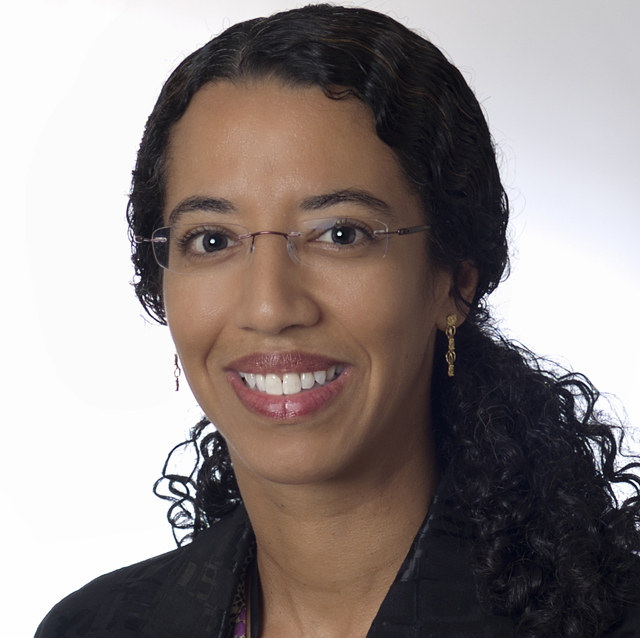 February 2015—Historically, earning a biomedical Ph.D. has been chiefly associated with an academic research career, but an increasing number of biomedical graduate students throughout the country are choosing other career paths. The challenge for them lies in the fact that the train they are on was engineered to bring them to academia; those that choose to go elsewhere have to figure out their own itinerary. A new program at the Johns Hopkins University School of Medicine is working with students to identify where they want to go and how they can get there. If successful, it will help place graduates in an array of fields where their stellar research skills and love for science can make a difference.

As a destination, academia is appealing to many budding scientists. Tenured professors have independence, flexible hours and new things to learn every day.

But competition for professorships is increasing dramatically as current professors retire later and the U.S. produces more biomedical Ph.D.s than ever before. Together, these factors have made the journey to academia longer and more arduous, with no guarantees of arrival.

Gaby Longsworth was a human genetics graduate student at Johns Hopkins in the late 1990s. She remembers having “friends who were postdoctoral fellows well into their 30s. Those who were successful then had to compete for the few open faculty positions in the country.” Looking for something more secure, Longsworth became a paralegal at the intellectual property law firm Sterne, Kessler, Goldstein & Fox after defending her Ph.D., and she enrolled in law school part time. She is now a partner in the firm, where she practices patent law and uses her scientific training to protect inventions in biotechnology and pharmaceuticals.

Longsworth is not an anomaly. Compared with 1973, in 2006, 40 percent fewer biomedical Ph.D.s—only 15 percent—had tenure-track jobs six years after degree completion¹. As graduate students learn about the landscape of academia firsthand, some realize it just isn’t a good fit. When this happens, dozens of questions flood the brain of the now-lost traveler: Should I jump off the train right now, or will a Ph.D. still be good preparation for my future? Where would I go next? What if I don’t like the alternative any better than what I’m working toward now? Should I do a postdoctoral fellowship? When should I tell my mentor that I no longer see myself doing what he or she is most passionate about? 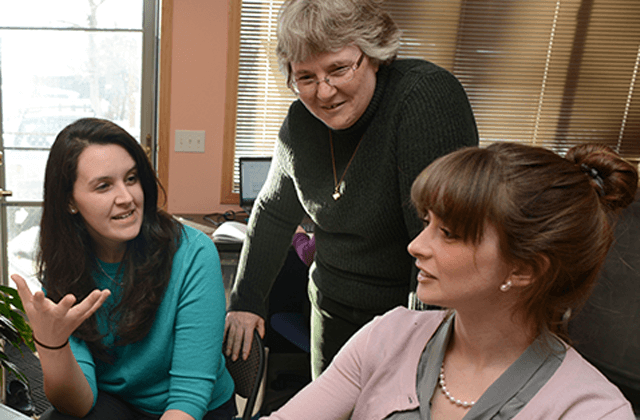 With so many questions and so few answers, it’s understandable that many students with mixed feelings end up staying on the train for a “postdoc.” The alternative is a really scary jump into the unknown, says Diedre Ribbens, a recent alumna of the Biochemistry, Cellular & Molecular Biology Ph.D. program whose epiphany came her third year of graduate school. “The month I realized I didn’t want to stay in academia was the worst month ever,” she says.

Overcoming her nerves, she broke the news to her mentor, Peter Espenshade, a professor of cell biology and the associate dean for graduate biomedical education. He was surprised but wanted her to be prepared for her next move. “My role as a mentor is to help people find what they want to be doing,” he says.

Ribbens successfully combined her love for writing with her scientific training and is currently a technical writing specialist for a consulting company. She credits her successful transition in part to Espenshade’s support. For example, he connected her with a friend working in communications and encouraged her to take a day away from the lab to attend a career fair.

For Espenshade’s part, his experience with Ribbens opened his eyes to the need for more institutional support for students like her. Others saw the need too, and at a retreat for the Johns Hopkins Committee on Masters and Ph.D. Programs, a new idea was born: a travel agency for graduate students. In 2012, Espenshade, together with Noel Rose, a professor of pathology on the committee, wrote a proposal to create the Biomedical Careers Initiative.

“Our goal is to shorten the amount of time students take finding exciting jobs and to prevent dawdling here while figuring out what to do next,” Espenshade says. “While many careers require postdoctoral training, we want to avoid what I call ‘the reflexive postdoc,’ a fellowship done because you don’t know what else to do or because you aren’t prepared to do anything else.”

To help with that, the initiative works with the Johns Hopkins Professional Development and Career Office to provide career resources and encourage students to educate themselves about different career destinations. It also urges mentors to discuss career paths with their students early on.

Justin Hanes, the Lewis J. Ort Professor of Ophthalmology, did just that with his student Tao Yu. During Yu’s second year in the lab, Hanes sat down with him to talk about his future plans. “I want to make sure my students are doing something that excites them,” Hanes explains.

Yu says the more he learned about himself, the more sure he was that academia wasn’t for him. By the end of his fourth year, he was diligently exploring nonacademic, nonresearch careers, in part by attending speaker panels put together by the Professional Development and Career Office. He found himself most attracted to strategy consulting jobs in the health care sector. But after five unsuccessful interviews during his fifth year, he realized he didn’t have the skill set he needed to make the jump.

Then came an email from the initiative announcing its first internship opportunity. The position was with BioHealth Innovation, a nonprofit organization in Rockville, Maryland, that aims to accelerate the commercialization of relevant biotech research in the region. He credits his three months there with helping him gain the skills and confidence he needed to land an offer from McKinsey & Company back home in China, where he will start this summer.

The Biomedical Careers Initiative currently facilitates internships ranging from positions in pharmaceutical companies like Eli Lilly and Company to science outreach opportunities at the American Society for Biochemistry and Molecular Biology. And Espenshade says that if a student is looking for an internship that doesn’t yet exist, the initiative can work with an outside organization to try to create one.

Key to the whole process is the communication between student and mentor. Once a student has explored diverse career options and has decided to seek an internship, the student sits down with his or her mentor and a staff member from the Biomedical Careers Initiative to map out a new itinerary. The initiative or the sponsoring company provides the internship stipend to relieve the mentor’s financial burden, and the mentor is allowed to add contingencies like requiring the student to submit a paper before beginning the internship.

“It is very important to everyone that students’ scientific training is not impeded by internships, since that is what they came here for,” Espenshade explains.

He admits that the Biomedical Careers Initiative is ultimately an experiment, but the preliminary data look good, as it has already expanded from serving just the school of medicine to the entire university. Ultimately, he believes the initiative will make career paths easier for students while creating a model for other institutions to follow.