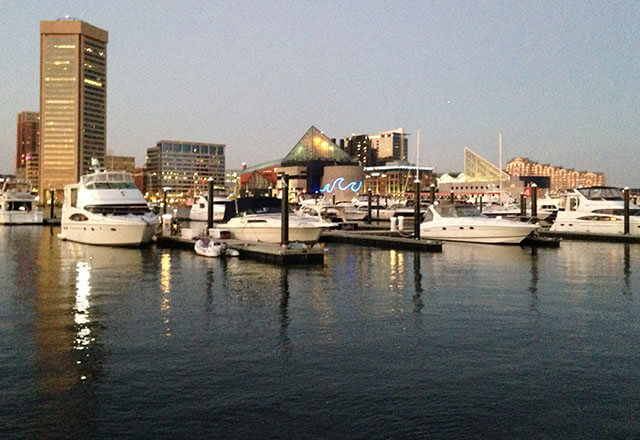 With 2.7 million people in the metropolitan area, Baltimore has the attractions of a large city with the charm and ease of living in a midsized city. There are many historic neighborhoods, each with its own character. Residents who live in the city often live in Federal Hill, Mount Vernon, Fell’s Point or Canton, while many residents with families live in the surrounding Baltimore County.

Find out more about living and working in Baltimore.

The Russell H. Morgan Department of Radiology and Radiological Science hosts several annual events for its residents: a crab fest, a welcome party, the department holiday party and happy hours. The variety of activities and lifestyles that Baltimore offers makes it a great city in which to live and train.

Located in the center of the mid-Atlantic region, Baltimore is approximately a 40-minute drive from the charming seaport of Annapolis, Maryland, one hour from Washington, D.C., less than two hours from Philadelphia and three hours from New York City.

A few of the numerous events and attractions Baltimore has to offer:

Residents can enjoy all that Baltimore has to offer. Known as Charm City, Baltimore boasts award-winning international cuisine, parks and trails, sporting events and distinguished museums and attractions. Hear firsthand from our radiology residents about their favorite aspects of Baltimore. Baltimore earned the nickname “Charm City” from its mosaic of diverse cultures and neighborhoods. The city’s down-to-earth reputation belies its significance as an East Coast economic hub and a leading center for science, technology, learning and industry. The Johns Hopkins University School of Medicine is proud to be part of this dynamic city.
Experience Baltimore
back to top button