The goal of investigations directed by Dr. Margolis is to improve the understanding and treatment of neuropsychiatric disorders, leveraging insights from monogenic disorders such as Huntington’s disease to approach complex disorders, particularly schizophrenia. The work can be divided into three parts:

Exploration of the etiology and pathogenesis of monogenic neuropsychiatric disorders characterized by neurodegeneration and repeat expansion mutation.

Regulation of the expression of the Huntington’s disease (HD) gene, huntingtin (HTT) 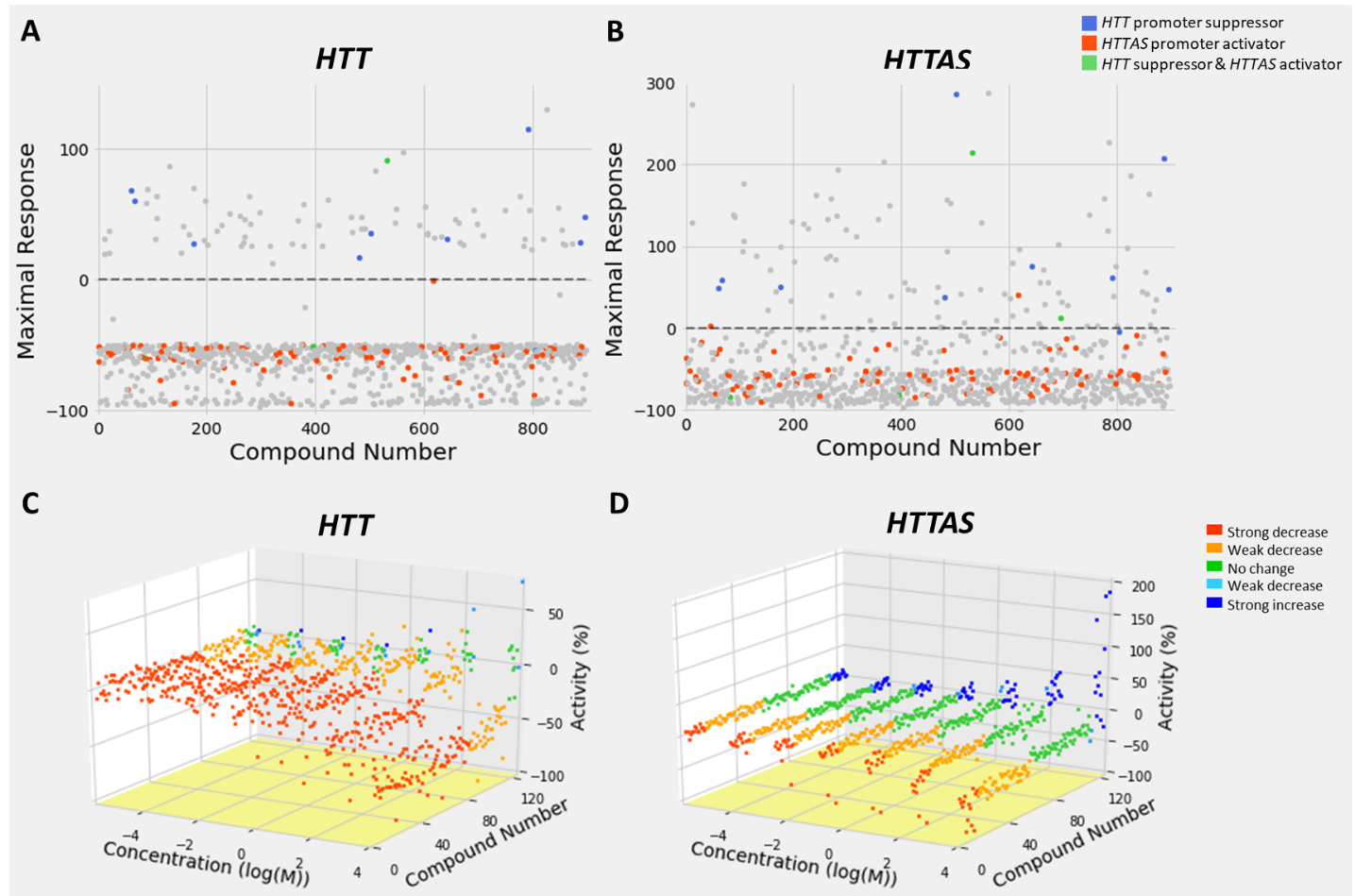 HD is an autosomal dominant, adult onset, neurodegenerative disorder caused by an expansion of a CAG repeat in exon of HTT. There is no treatment, and the disease progresses to death 15-20 years after onset. We have demonstrated that, under certain circumstances, a transcript antisense to HTT (HTT-AS) serves to regulate expression of HTT. Current investigations involve exploring the interrelationship among HTT-AS, HTT, and the HD expansion mutation. One goal, in collaboration with the NIH National Center for Advancing Translation Sciences (NCATS), is to determine if the antisense transcript can be upregulated, perhaps by small molecules, and thereby used as an endogenous knockdown strategy to decrease expression of the toxic HD mutation (see figure below). A related goal is to improve understanding of the mechanisms by which HTT expression is regulated. 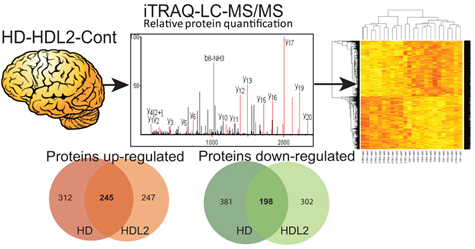 Our laboratory discovered and characterized HDL2, an autosomal dominant neurodegenerative disorder that is clinically, genetically, and pathologically remarkably similar to HD.  HDL2 is caused by a CTG/CAG repeat expansion in an alternatively spliced exon of the gene junctophilin-3 (JPH3); pathogenesis appears to derive from a combination of loss-of-function of JPH3, RNA-mediated toxicity, and polyglutamine toxicity from a protein encoded by a cryptic antisense transcript.  Current bench research is focused on using human brain tissue, iPSCs and other cell models, and transgenic, knockout, and knock-in mouse models to test each of these mechanisms.  Projects include the electrophysiological impact of the HDL2 mutation, the role of somatic expansion in pathogenesis, the extent and reversibility of antisense-mediated neurotoxicity, the effect of the mutation on mitochondrial function, the composition of HDL2 intranuclear aggregates, and the proteomic and transcriptomic impact of the HDL2 mutation compared to the HD mutation.  The guiding hypothesis is that comparison of HDL2 with HD will lead to the discovery of convergent modes of pathogenesis central to both diseases, and new therapeutic targets.

In addition, we continue to work with collaborators in South Africa to develop additional understanding of the clinical, genetic, and neuroanatomic manifestations of HDL2. 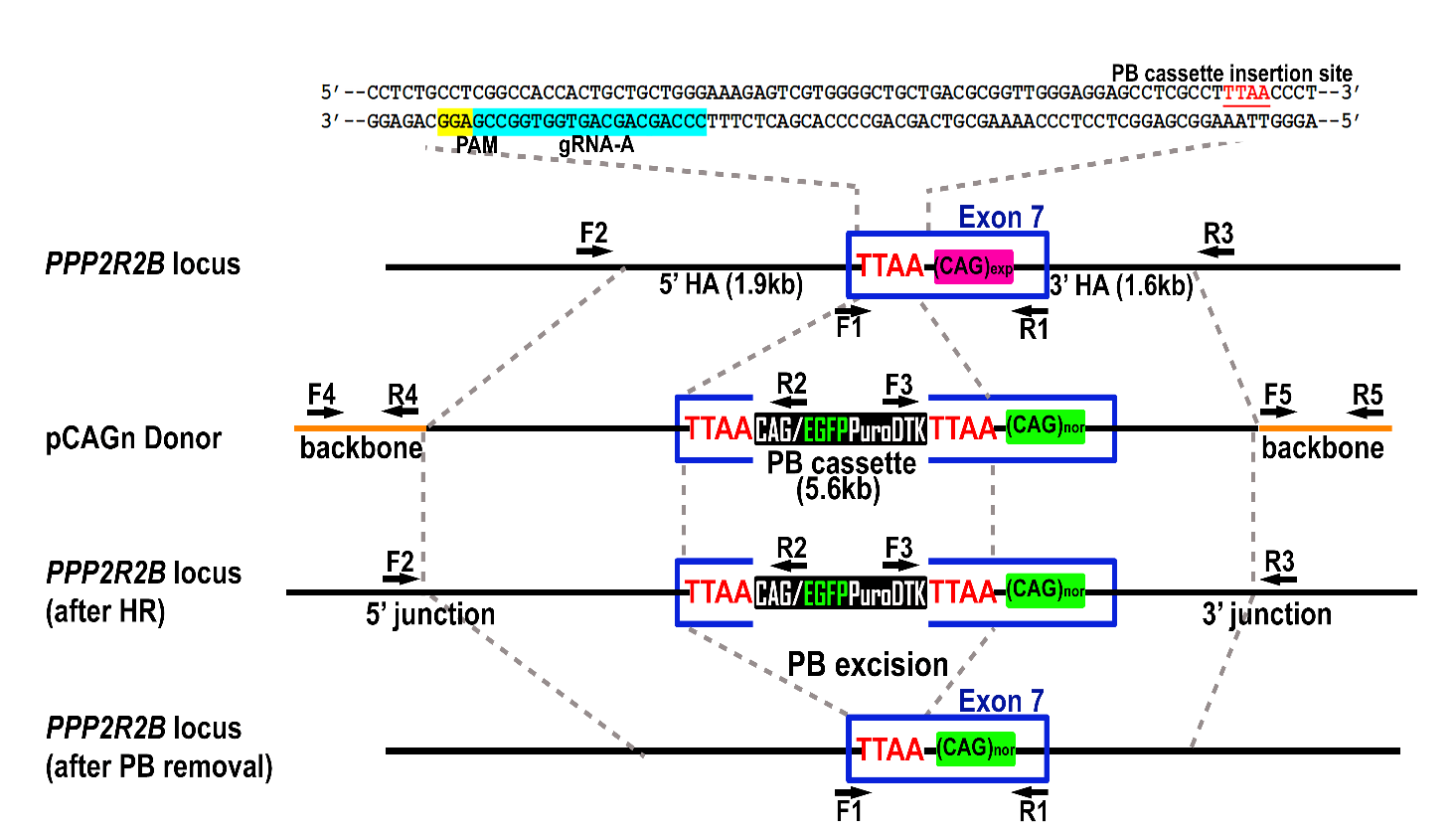 Our laboratory discovered and characterized SCA12, a late onset neurodegenerative disorder characterized clinically by tremor, gait disturbance, cognitive and psychiatric manifestations.  SCA12 is caused by a repeat expansion in the gene PPP2R2B, which encodes multiple protein isoforms that function as regulatory subunits of the phosphatase PP2A.  We hypothesize that the repeat expansion alters the normal expression of these protein subunits, leading to abnormalities in the phosphoproteome and subsequent neurotoxicity.  Led by Dr. Pan Li, our group is testing this hypothesis, as well as alternative hypotheses, using human iPSCs and mouse models generated with a novel application of CRISPR/Cas9, developed by Dr. Li, that facilitates seamless insertions or deletions of targeted genomic loci.

Li P and Margolis RL.  Use of single guided Cas9 nickase to facilitate precise and efficient genome editing in human iPSCs, in review. 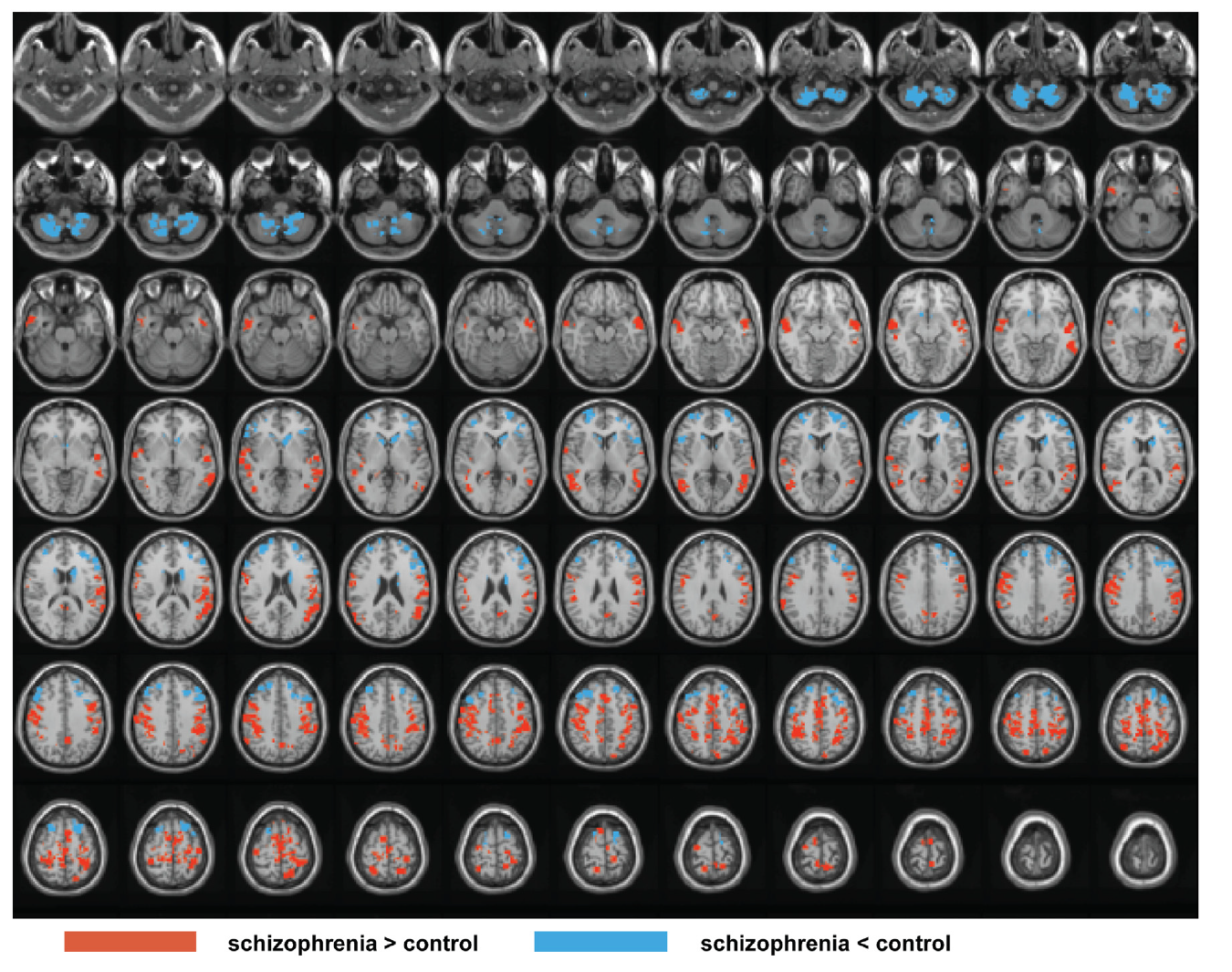 Diagnosis, nosology, and pathophysiology.  In conjunction with Dr. Jun Hua, Peter van Zijl, and their colleagues at the Kirby Center for Functional Brain Imaging, the lab is using the Kirby Center‘s powerful 7 Tesla scanner to examine anatomical, neurochemical, and functional abnormalities in schizophrenia, based in part on investigations were initially developed in studies of Huntington’s disease.  Areas of active investigation include resting state thalamo-cortical connectivity, and vascular volume as assessed by iVASO, a method for determining brain arteriolar volume developed by Dr. Hua and colleagues.  Future projects included using ultra-high field strength fMRI to validate a novel nosological scheme for psychotic disorders (in collaboration with Dr. Godfrey Pearlson), functional connectivity at the resolution of individual cortical layers (in collaboration with Dr. Tilak Ratnanather), and functional connectivity as a predictor of treatment response in schizophrenia.

Conceptualization, diagnosis, and treatment of schizophrenia

Challenges in the conception and diagnosis of schizophrenia

Dr. Margolis, as senior psychiatrist of one of the two Johns Hopkins Bayview Early Psychosis Clinics, has been working closely with Krista Baker, LCPC and Max Wolcott, MSW to determine the extent to which other disorders, including anxiety and affective disorders, are misdiagnosed as schizophrenia, and the reasons for this error. On going studies are investigating the impact of consultations offered by the clinic on long term clinical outcome, and use of a new rating scale to evaluate the progress of inpatients with psychotic disorders. In conjunction with Dr. Ross, Dr. Margolis has examined the impact of current NIMH policy on schizophrenia research in light of underlying conceptions about the nature of schizophrenia and other serious mental illnesses.

Improvement in clinical care to patients with recent onset psychosis

The two Johns Hopkins Bayview Early Psychosis Intervention Clinics have joined a consortium of all clinics providing specialized care for patients with recent onset psychosis in Maryland and Pennsylvania, funded by the NIMH. The consortium, known as Connect Learning Health System, will collect extensive longitudinal data on ~ 500 patients. The data will be used to formulate and answer a series of research questions related to improvement in clinical practice, and will be available for use in a variety of research studies. Dr. Margolis and Ms. Baker serve on the Executive Committee of the consortium.