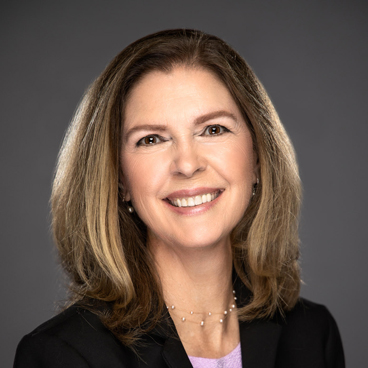 In Baltimore, the word autism is nearly synonymous with Rebecca Landa.

In the 1970s and ‘80s, when Landa was studying speech pathology and working as a speech-language pathologist, very little was known about autism. Only those who were most severely impaired were properly diagnosed. “But what was clear is that it was one of the more challenging neurodevelopmental disorders,” she says. “I thought if I could learn how to help children with autism talk and communicate more effectively, that I would pretty much be able to help any child, so I became very devoted to learning how to do that.”

As Landa pursued a doctorate in speech and hearing sciences at the University of Washington and then postdoctoral training in psychiatric genetics at Johns Hopkins, the community was first becoming aware that autism was heritable. It wasn’t uncommon for Landa to test a child for autism only to have the parents inquire about a sibling of that child with his or her own social or communication difficulties. These children weren’t being diagnosed but were struggling, Landa says.

Working at the Johns Hopkins University School of Medicine and Kennedy Krieger Institute, where she saw some of the most complex patients, Landa realized that families needed a centralized place to receive coordinated care for children on the autism spectrum. In 1995, she started the interdisciplinary Center for Autism and Related Disorders (CARD) at Kennedy Krieger. It has grown to a group of 170 employees seeing over 4,000 different patients a year from birth to age 21. The center, which combines outpatient clinical diagnostic and intervention services, and educational, research and outreach programs, generates innovative, evidence-based approaches to diagnosis and individualized treatment options for children and their families. It has served as a model for numerous other centers in North America, Asia and Europe.

“It’s rewarding because people with autism are beautiful within, and have considerable potential, but it’s often not evident based on their behavior or the way that they interact with people, or maybe because of some of their sensory, motor or cognitive limitations,” says Landa. “I love helping them break through some of the barriers that they have developmentally, or that they have acquired because of their developmental difficulties. And I love helping parents and teachers learn to see those strengths and possibilities in children and equipping them to support the children in their journey for success.”

Over the years, Landa has become well-known both for her clinical and research expertise, including developing diagnostic criteria for young children with autism for clinicians and for parents, and promoting early interventions for infants and toddlers with signs of autism. She has followed the infant siblings of children with autism into their teens looking for the earliest signs of autism and understanding learning processes, finding about 20% of siblings develop autism as well. She also has noted that autism has a prodromal period before symptoms occur, and is now funded by the National Institutes of Health to do preemptive interventions with high-risk infants between eight and 12 months of age.

In addition, Landa serves as a co-principal investigator for the National Institute of Health’s ECHO (Environmental influences on Child Health Outcomes) study, an investigation to understand effects of environmental exposures on children’s health. She is also a co-principal investigator for the Centers for Disease Control and Prevention’s SEED (Study to Explore Early Development) study, a multi-year study in the U.S. to help identify factors that put children at risk for autism and other developmental disabilities. Landa has been the recipient of numerous awards for her work, including the National Institute of Mental Health Shannon Award for excellent and innovative research and the Rita Rudel Prize for Developmental Neuropsychology.

Landa says she has enjoyed sharing her skills through mentoring of clinicians, students and others. Many who have worked in her clinic or lab after earning undergraduate degrees have gone on to pursue PhDs or other higher education, helping to add to the greater knowledge base and specialists in this area.