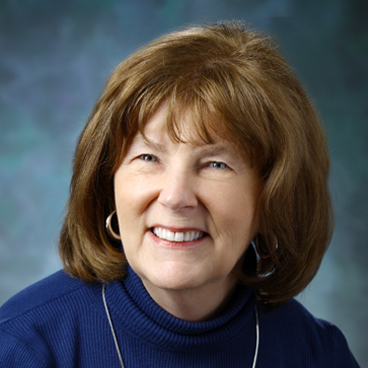 When Nancy Ator took on the role of chair of the Johns Hopkins University Animal Care and Use Committee (ACUC) in 2001, someone warned her it was a thankless job. She has found it to be anything but.

“Frankly, I find that a lot of our faculty do thank me,” she says, “because we are balancing complying with federal government requirements regarding research including attention to humane considerations in this research with consideration for the pressures that faculty are under such as meeting research funding deadlines.”

In this far-reaching role, Ator and her colleagues are responsible for the humane treatment of animals in some 1,300 research protocols universitywide being directed by about 600 principal investigators. The work includes not only reviewing research proposals but also reviewing the veterinary care program, inspecting labs and housing facilities, looking into animal welfare concerns that may be raised, and facilitating site visits from government inspectors as well as from the animal program accrediting body AAALAC International.

The position was a natural fit for Ator, who married young and worked as a research assistant in human research studies for a psychiatrist at the University of Mississippi Medical Center and later a psychologist at Vanderbilt University in Nashville while putting her husband through law school. When he took a job in Washington, D.C., Ator enrolled at the University of Maryland to study psychology. There, she found she enjoyed basic behavioral research in laboratory animals but realized that in order to design her own studies, she would need a graduate degree.

She stayed at UM to earn her master’s in general psychology and Ph.D. in biopsychology, where she focused on behavioral pharmacology in the context of the experimental analysis of behavior, a school of thought started by American psychologist B.F. Skinner. A primary learning process he introduced was how schedules of reinforcement determine predictable patterns of behavior. Research by others had demonstrated the surprising fact that the same dose of a centrally-acting drug could affect different rates and patterns of behavior differently in the same animal in a single experimental session.   For example, increasing low rates while decreasing high rates. She fell in love with this type of research.

One of her professors steered her to Johns Hopkins for postdoctoral work in behavioral pharmacology with Roland Griffiths, professor of behavioral biology and of neuroscience, and Joseph Brady, professor and founder of the Division of Behavioral Biology. They told Ator if she would write a research proposal to help support her position, they would welcome her to their lab. “That worked out,” she says of coming to Johns Hopkins in 1978, “and I’ve been here ever since.”

Ator continued to collaborate on numerous studies with Griffiths after joining the faculty of the Department of Psychiatry and Behavioral Sciences in 1982.  This was in the period in which the over-prescribing of Valium had become a health concern, and drug companies were trying to come up with new compounds that would alleviate generalized anxiety but not be as sedating or addictive as Valium and similar drugs.  Together, they started a line of preclinical research characterizing the behavioral profiles of these novel drugs in contrast to currently prescribed sedative/anxiolytics.  In the 1990s, Griffiths shifted completely toward human research while Ator stayed the course in preclinical research, studying in particular how differentiation of subjective and reinforcing effects of psychoactive drugs can inform assessment of abuse potential. In 1997, she became the 49th woman to be appointed full professor in the School of Medicine.

When Brady wanted to step down as director of the Division of Behavioral Biology, he recommended that Ator take his place. In 2001, she became the first woman to join the department’s Appointments and Promotions Committee and served until she stepped down as director of her division in 2019.

During the many years Ator was doing her own research and focused on her own lab, she says she would regularly see announcements from the university touting how great Hopkins is and assume some of it was hype.  “Then, once I took over the job of chair of the ACUC and began reading all of the different protocols--especially ones focused on really tough issues like cancer, Huntington’s, ALS, and other challenging diseases--I began to understand firsthand what incredible research goes on throughout the university and how clearly colleagues are invested in it; and I started thinking, ‘Wow, this really is an amazing place!”