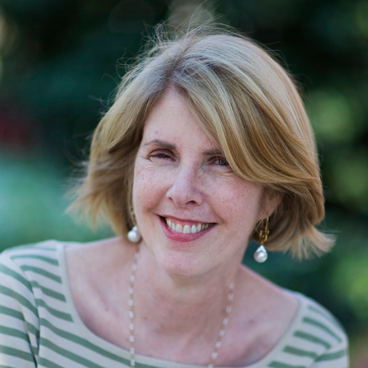 The Dalio Professor in Mood Disorders
Professor, Department of Psychiatry and Behavioral Sciences

Kay Jamison grew up in a military family, living in many places during her childhood. But her curiosity in the way the brain worked was a constant.

“I was always interested in psychology, or the way people go through the world with different temperaments and different capacities,” she says.

Jamison threw herself into psychology and zoology studies at the University of California, Los Angeles, where she earned her bachelor’s degree in psychology and her Ph.D. in clinical psychology with specializations in comparative psychology and psychopharmacology. She completed a predoctoral internship at UCLA’s Neuropsychiatric Institute before beginning her career as an assistant professor in the UCLA Department of Psychiatry. During this time she struggled with the early manifestations of bipolar disorder but was only diagnosed a few months after beginning her academic career. She co-founded and was director of UCLA’s Affective Disorders Clinic for 10 years, where she loved teaching, doing research, and treating patients.

In 1987, Jamison moved to the Department of Psychiatry and Behavioral Sciences at Johns Hopkins. Several years later, in 2005, she became the co-director of the Johns Hopkins Mood Disorders Center.

“It is a great group of people studying some of the most interesting problems and aspects of psychiatry and psychology,” says Jamison. “They are really bright, tremendous clinicians and tremendous scientists. It’s a great privilege to work with them.”

In 1995 she wrote a memoir detailing her experience of  bipolar illness. The book, “An Unquiet Mind,” was on the New York Times Bestseller List for more than five months and has been translated into more than 30 languages. She has written several books since, about suicide and grief, exuberance, and artistic and scientific creativity. Film director Paul Dalio, who has bipolar disorder, was so moved by Jamison’s book “Touched with Fire,” which documents artists with mental illness, that he was inspired to make a film about the relationship between two poets with bipolar disorder.

Jamison is the coauthor of “Manic-Depressive Illness: Recurrent Depression and Bipolar Disorders,” which is considered the classic textbook on bipolar disorder and the author of “Robert Lowell, Setting the River on Fire,” a Pulitzer Prize finalist for biography in 2018.

Jamison, the recipient of a MacArthur Fellowship (the so-called “Genius Award”) in 2001, has received numerous awards for her work, including a “Hero of Medicine” award from Time magazine, the American Suicide Foundation Research Award, and the Falcone Prize for Research in Affective Illness. She is a fellow of the American Academy of Arts and Sciences and the Royal Society of Edinburgh, as well as a recipient of the Lewis Thomas Prize and the Sarnat Prize from the National Academy of Medicine.

Today, Jamison balances her time writing books, overseeing public awareness programs about mental illness, teaching, and working in the Mood Disorders Center. She is currently writing a new book, “All the Dark Night: Healing the Mind.”