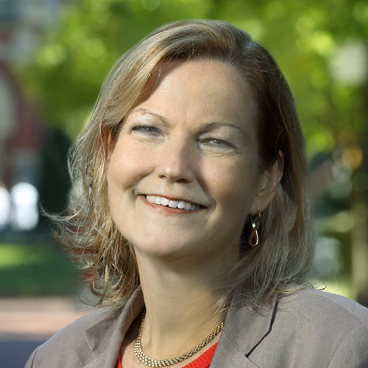 It was time spent on a remote Indian reservation that attracted Karin Neufeld to the field of psychiatry. Now, she’s one of the world’s leading experts in preventing and treating delirium.

Neufeld, who grew up in Manitoba, Canada, completed her bachelor’s and medical degrees in a joint program at the University of Manitoba, then finished a rotating internship with McGill University in Montreal. After that, she spent a year practicing general medicine in The Pas, a northern town in Manitoba, which included one day a week at an Indian reservation clinic. There she observed a high burden of alcohol and substance use disorders, as well as psychiatric problems and poverty. The experience of making a difference in the lives of patients with many challenges compelled her to go into psychiatry.

“The medical and behavioral health needs were very great in this population,” she said. “While there were practitioners to help with the medical problems, the need for psychiatric services for mental and substance use disorders was high and the expertise in treating these conditions, very scarce. This inspired me to want to learn more to be of greater service for people with these needs.”

In 1988, Neufeld came to Johns Hopkins for a residency in psychiatry and then a fellowship in community psychiatry that included earning her master’s of public health degree. She then joined the faculty, working with the community psychiatry program, managing patients with substance use and schizophrenia.

From 1998-2001, Neufeld accepted a three-year visiting scientist position at the All India Institute of Medicine in New Delhi, where she continued to teach, see patients with psychiatric residents and publish in the area of psychiatric epidemiology. She also began working with a group studying opioid use disorders, which inspired her interest when returning to Johns Hopkins to become associate medical director of the Addiction Treatment Services Clinic. Neufeld also became co-director of a Topics in Interdisciplinary Medicine (TIME) course for medical students, in which they learn about substance use disorders and how to intervene and treat patients. After eight years, she moved r to The Johns Hopkins Hospital to head the Psychiatry Consultation Service. During that time, she observed the many patients affected by delirium, and became interested in the condition and its treatment. In 2014, she was appointed Clinical Director of Psychiatry at Johns Hopkins Bayview Medical Center.

In these roles, Neufeld has both worked to build joint consultation services with the Department of Medicine for patients with both substance use disorders and psychiatric concerns, and delved head-first into her studies of delirium. She has published about the development of robust delirium measurement methods as well as the use of medications to manage and treat delirium. Her work has transformed the prevention and management of delirium at Johns Hopkins and other hospitals around the world; helped shepherd delirium research into practice guidelines for groups like the Society for Critical Care Medicine, and systematic reviews by the Agency for Healthcare Research and Quality; and influenced the science and practice of delirium risk management in the fields of psychiatry, geriatrics, surgery, anesthesiology and critical care medicine, and neurology.

Neufeld also started and chairs the Johns Hopkins Delirium Consortium, started in 2010. This group, which meets once a month, includes about 100 clinicians from diverse departments such as anesthesiology, orthopedics, nursing and rehabilitation medicine focused on fostering delirium research and sharing best practices in delirium treatment and prevention. Consortium members have received over $14 million in National Institutes of Health funding for delirium research.

Neufeld says she has been excited to note the group’s effect on changing patient care at Johns Hopkins. A 2010 study of the post-anesthesia care unit indicated that about half of patients over 70 were delirious as they recovered from surgery. “This is no longer the case,” she says. “Patients are doing so much better.” Physical therapists at Bayview now come to the PACU to get people walking and to begin rehabilitation early. There also has been an overall increase in recognition of the need for sedation reduction in the ICU and during surgical anesthesia, monitoring for withdrawal syndromes in those with substance use disorders, protecting sleep/wake cycles and offering cognitive stimulation to vulnerable patients, especially those older with some mental decline. “This is a huge sea change in terms of caring for people - such that we do a better job with both their bodies and their brains. It’s very gratifying…We want to continue pushing forward the ways in which we can help patients.”

More recently, she has been investigating a specific cause of delirium called Wernicke’s encephalopathy, a neurological condition caused by a deficiency in B vitamins such as thiamine. Quick treatment with thiamine infusions can reverse the symptoms, she says, potentially preventing some patients from significant long-term disability from cognitive impairment. .

“I’ve just completed a study of ramelteon as an agent that might actually prevent delirium, and during that study we were just really pleasantly surprised at how alert and awake patients are, even after very major surgeries,” she says.