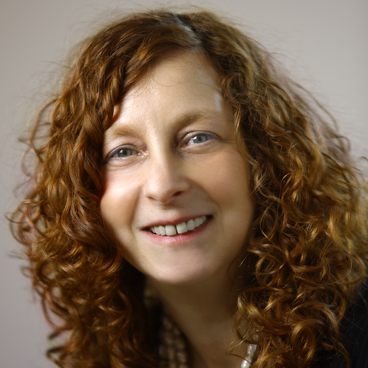 As a neuropsychology graduate student in the 1980s, studying neurotransmitters involved in the development of Alzheimer’s disease, Gwenn Smith ran to the library any time a new paper came out from Don Price, the former head of neuropathology at Johns Hopkins.

“These were among the first neurochemical studies in the Alzheimer’s postmortem brain,” says Smith, “and it is really what informs a lot of the human imaging work we do.”

Smith grew up in the New York area and remembers seeing a lot of media attention regarding the treatment of individuals with mental illness. “Just being exposed to that was really very striking, even at a relatively young age,” she recalls. Smith originally thought about a clinical career conducting therapy with patients, but as an undergraduate at the University of Pennsylvania, she inquired about a lab where she could try research, and was introduced to researchers Ruben and Raquel Gur. At the time, they were doing the first positron emission tomography (PET) imaging scans of the human brain. The work was inspiring.

“The isotope was shipped by helicopter from the end of Long Island to Philadelphia” so the Gurs could use it to study glucose metabolism in the brain, Smith says. “We were doing different types of brain scans, and also presenting different stimuli to patients and looking at patterns of activation in the brain. It sounds sort of routine now, but back in the early ‘80s, it was pretty novel.”

From there, Smith’s interests moved toward neurobiology and psychopharmacology, realizing that to treat patients most effectively clinicians needed to know more about the biology of psychiatric illness. She went into a graduate program combining neuropsychology—the study of the biological basis of behavior—with neuroscience. Since then, she has studied a number of psychiatric and neurological conditions, all through the lens of understanding the dynamic chemical function of the brain and trying to inform the development of more effective treatments by using imaging data.

Smith was a faculty member at the New York University School of Medicine, the University of Pittsburgh School of Medicine and Albert Einstein College of Medicine before coming to Johns Hopkins in 2008. She was attracted by the institution’s strong history in basic science research, clinical psychiatry programs and imaging studies.

In 2015, Smith became director of the Division of Geriatric Psychiatry and Neuropsychiatry, where she considers one of her most important missions to support the faculty, in addition to building and developing collaborations with complementary departments including radiology, neurology and neurosurgery, and growing the division.

“What’s most rewarding is to see my colleagues succeed and to see them get promoted. It is wonderful for me   to go to conferences, and to hear how great the faculty are  and how great the quality of treatment is,” Smith says. She also enjoys giving copies of her research articles and university press releases about them to study participants. “They find it really rewarding, and it gives them direct evidence of the important contribution they have made.”

In the lab, Smith has focused her work largely on geriatric depression, mild cognitive impairment and Alzheimer’s disease, with some methods being applied to other disorders, including schizophrenia and traumatic brain injury. Recent studies of hers have found that deep brain stimulation, in which a medical device is implanted into the brain to stimulate a particular circuit, may be helpful for people with Alzheimer’s disease over age 65 and could help normalize the brain circuits that drive the eating disorder anorexia nervosa. She also has studied changes in brain chemistry with brain stimulation in patients with Parkinson’s disease in collaboration with faculty in the Departments of Neurology and Neurosurgery.

Another project of Smith’s is studying changes in the neurotransmitter serotonin that occur in the brains of patients with Alzheimer’s disease even before the buildup of the proteins tau and amyloid classically associated with memory problems. She is starting a treatment study that targets the serotonin system based on the imaging work.

“The overall goal is to identify changes in the brain that occur in in the early stages of neurodegenerative disease,” she says. Often, a change in behavior such as in mood or anxiety will appear before clinicians can document a change in memory or motor symptoms as in Alzheimer’s or Parkinson’s disease. “We would like to develop more sensitive measures to detect change in behavior to identify these illnesses earlier and then sort out the most effective treatments.”