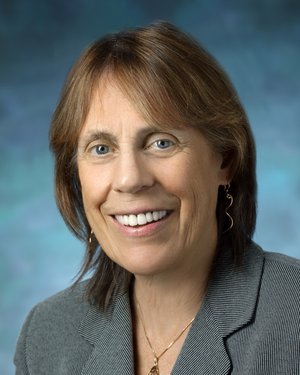 Dr. Susan D. Michaelis is a professor of cell biology in the Johns Hopkins University School of Medicine.

One of her team’s focuses is the premature aging disease Hutchinson-Gilford progeria syndrome (HGPS), which results from a mutation in the gene encoding the nuclear scaffold protein lamin A. Children with HGPS exhibit profound characteristics of aging, including hair loss, skin and bone defects, and heart disease.

The mutant form of lamin A in HGPS patient cells is persistently modified by the lipid farnesyl, an aberrant situation, since normally cleavage by the ZMPSTE24 protease removes the farnesylated C-terminal tail of lamin A during biogenesis.

Dr. Michaelis and her group are examining the cell biology of lamin A processing, the molecular mechanisms of lamin A toxicity in HGPS, mechanistic features of the ZMPSTE24 membrane protease, therapeutic strategies, and the link between HGPS and normal aging.

Their research goal is to identify the core cellular machinery involved in recognition of misfolded proteins, using model proteins as “bait” in genome-wide yeast screens designed to uncover the eukaryotic ERAD and CytoQC machinery.

Ultimately devising treatment for protein misfolding diseases in which degradation is too efficient (e.g. cystic fibrosis) or not efficient enough (e.g., neurological disorders like Parkinson’s) will rely on a detailed understanding of cellular protein quality control machinery.