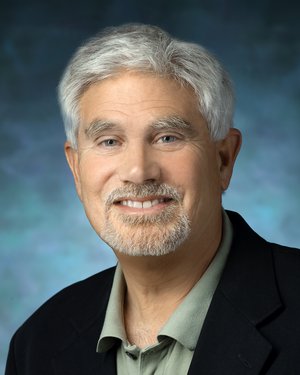 Dr. Peter Devreotes discusses the role of chemotaxis in physiology and medicine.

Dr. Peter N. Devreotes is a professor of cell biology and biological chemistry in the Johns Hopkins University School of Medicine. He is the Isaac Morris and Lucille Elizabeth Hay Professor and director of the Department of Cell Biology at Johns Hopkins.

His research focuses on the genetic analysis of chemotaxis in eukaryotic cells. Specifically, his lab studies how cells sense their surroundings and move directionally in processes like embryogenesis, wound healing, and immune response. His lab uses live-cell and single-molecule imaging, genetic analysis in the model organism Dictyostelium, and mathematical modeling to understand mechanisms of directed cell migration.

Dr. Devreotes is a member of the National Academy of Sciences, the American Society for Biochemistry and Molecular Biology, and the American Society for Cell Biology. He has received numerous honors of distinction for his work, including an NIH Merit Award, and serves on several professional committees and councils. He has authored or co-authored more than 220 peer-reviewed publications, and has conducted seminars, keynotes and guest lectures at universities and symposiums around the world.

The Devreotes lab works to understand how cells sense their surroundings and move directionally (a process called chemotaxis) in embryogenesis, wound healing, and immune response.

Several years ago, the lab discovered the mechanism by which chemoattractants activate PI3Ks, producing an accumulation of PIP3 at the leading edge of amoebae. Unregulated production of PIP3, as occurs in cells lacking the tumor suppressor PTEN, causes many ectopic projections and impairs the directional response of migrating cells. Thus, localized PIP3 production is an important conserved mechanism mediating chemotactic bias. However, additional pathways act in parallel or redundantly with PIP3.

In the search for parallel pathways, the lab found that TorC2 is activated at the leading edge of the cell and causes the localized activation of PKBs and phosphorylation of PKB substrates. The absence of these phosphorylation events in cells lacking PiaA leads to a defect in chemotaxis. This pathway acts in parallel with PIP3 to mediate the chemotactic response, and the TorC2 mechanism is conserved in chemotaxing neutrophils. Recently, the lab found that signaling events propagate in waves along the basal surface of the cell. They are investigating how these spontaneous signaling waves coordinate the activity of the cytoskeleton to make cellular protrusions.

The lab’s long-term goal is a complete description of the network controlling chemotactic behavior. A comprehensive understanding of this fascinating process should lead to control of pathological conditions such as inflammation and cancer metastasis.

Peter Devreotes is Director of the Department of Cell Biology. His lab works to understand how cells sense their surroundings and move directionally in processes like embryogenesis, wound healing and immune response. Peter’s lab uses live-cell and single-molecule imaging, genetic analysis in the model organism Dictyostelium and mathematical modeling to understand mechanisms of directed cell migration.