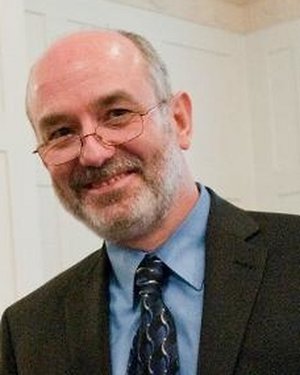 Dr. Flavahan’s research focuses on elucidating the cellular interactions and subcellular signaling pathways that control normal vascular function and regulate the initiation of vascular disease. Among many firsts, he discovered the molecular mechanisms underlying cold-induced vasoconstriction in the cutaneous circulation and its contribution to normal physiology and vascular disease.

He has had a dramatic influence on the research activity of the Department of Anesthesiology and Critical Care Medicine, revamping the infrastructure for conducting basic clinical and translational research, redefining mechanisms for scientific interaction, reorganizing and facilitating the grant submission process, and providing structured and transparent mechanisms for young trainees and junior faculty to achieve independence and career advancement.

He obtained his Ph.D. in cardiovascular physiology and pharmacology in 1983 at the University of Glasgow in Scotland. He then joined the Mayo Clinic in Rochester, Minnesota, as a Mayo Foundation senior research fellow and was appointed assistant professor of pharmacology at the Mayo Clinic in 1987. Dr. Flavahan stayed at the Mayo Clinic until 1989 when he joined the faculty of Johns Hopkins University as an assistant professor of medicine and was promoted to associate professor of medicine in 1991. In 1997, he was recruited to The Ohio State University to help create the Heart and Lung Research Institute where he was deputy director of the institute as well as professor of internal medicine, physiology and cell biology. In September of 2006, Dr. Flavahan returned to Johns Hopkins University where he was appointed professor, director of research and vice chair of the Department of Anesthesiology and Critical Care Medicine.

Dr. Flavahan is one of the world's top molecular vascular pharmacologists. He has published more than 100 peer-reviewed manuscripts and has been funded continuously by the NIH for more than 20 years. Dr. Flavahan has also been an effective teacher and mentor, with many of trainees advancing to leadership positions in the pharmaceutical industry and academic medicine.

Dr. Flavahan and his team are pursuing several major projects that focus on understanding 1) the mechanisms underlying mechanotransduction in cultured and native smooth muscle and its role in vascular disease, including hypertension; 2) the role of reactive oxygen species (ROS) in the physiological control of the vascular system; 3) mechanisms contributing to occlusive vascular diseases (e.g., scleroderma, arteriosclerosis); 4) mechanisms underlying the abnormal vasoreactivity of Raynaud’s phenomenon (cold-induced vasospasm) and scleroderma; 5) mechanisms regulating the life cycle of vascular cells, including development, differentiation, and apoptosis; and 6) the role of the sympathetic nervous system and x-adrenergic receptors in vascular function and disease.