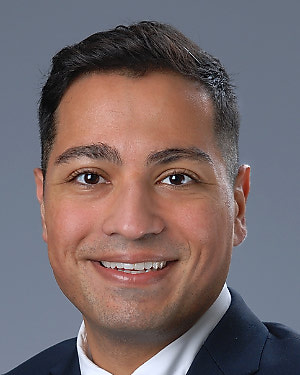 Dr. Rabbani is a fellow in the Division of Facial Plastic and Reconstructive Surgery. He grew up around Detroit, MI and received his Bachelor of Science degree at the University of Michigan in Ann Arbor, MI. As an undergraduate, he studied cellular and molecular biology with a primary research interest in cardiovascular pharmacology; this, among other interests, inspired him to pursue his medical degree. Subsequently, he received his medical degree at Wayne State School of Medicine in Detroit, MI. During medical school, he served as president of the Robert R. Frank Student-Run Free Clinic, a non-profit organization dedicated to community healthcare. Stemming from a passion for global health, he also travelled to Tanzania during his training to provide medical and surgical care at the Ifakara Health Institute.

Dr. Rabbani comes to Johns Hopkins after completing a five-year residency program training exclusively in head and neck surgery at Indiana University, where he served as a Chief Resident during her final year of training. Dr. Rabbani was awarded the Richard T. Miyamoto, MD Chief Resident Leadership Award by the department for his efforts in teaching, research, and leadership. He was also awarded first place in the Manion-Lingeman Research Awards for his work in groundbreaking skin organoid research. Over his training, he developed an interest in facial aesthetic and reconstructive surgery leading to his authorship on numerous peer-reviewed journal and chapter publications related to head and neck reconstructive and aesthetic surgery.

At Johns Hopkins, Dr. Rabbani will be training to further concentrate his clinical interests in facial reanimation, reconstruction, and aesthetic surgery. His long-term career goals include discovering breakthrough techniques in facial reanimation as well as head and neck reconstructive surgery. Outside of work, Dr. Rabbani enjoys running outside by the harbor, hiking, backpacking, playing golf, and spending time with family and friends.