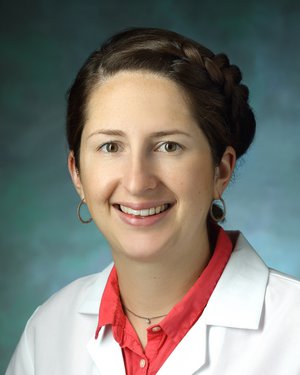 Melanie Bukhari, M.D., practices obstetrics and gynecology at Johns Hopkins Community Physicians East Baltimore Medical Center. She grew up in Toronto, Ontario, where she received her bachelor’s degree from the Queen’s University in Kingston. After graduating, she relocated to Norfolk, Virginia where she earned her medical degree from Eastern Virginia Medical School. In 2016, Dr. Bukhari was honored with the Esprit de Corp Award after being selected as the obstetrics and gynecology resident who best exemplified the spirit of cooperation and congeniality. The following year, she was presented with the Tom P. Barden, M.D., 2017 Award by the University of Cincinnati Obstetrics and Gynecology Department for excellence in Maternal Fetal Medicine.

Dr. Bukhari enjoys having the opportunity to care for women of all ages and through all stages of life. As an obstetrics and gynecology physician, she is grateful for the opportunity to promote education and access to effective, long-lasting contraception.