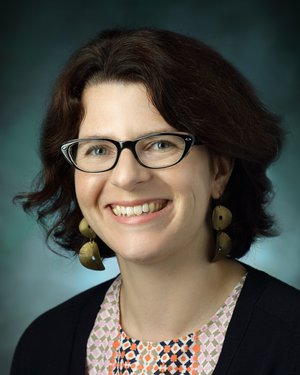 My laboratory- and field-based research program focuses on the evolution of mammals in the Neotropics with a specific focus on the platyrrhine primates. I am particularly interested in understanding how modern mammalian communities developed in the diverse environments of the new world from the Miocene to the present.

Due to the vagaries of the fossil record, teeth are often the only evidence of a mammalian species recovered in the field, but these fossils can provide a valuable window into the paleobiology and phylogenetic relationships of the extinct animal. To analyze how a dentition is uniquely adapted to an animal's dietary profile, methodologically, I use three-dimensional geometric morphometric (3DGM) methods in combination with 2D and 3D measures of craniodental function. This approach allows me to analyze how teeth fit together to process food, to study how wear patterns differ across animals of different dietary guilds, and to explore the relationship between an animal's phylogenetic history and functional morphology. As changes in diet and foraging behaviors often mark the evolution of new species and lineages, understanding dietary adaptation in the fossil record and today is essential for theorizing mechanisms of mammalian evolution broadly.

In addition to my lab-based work on craniodental function, I also have two on-going field-based research projects. Since 2009, I have worked in the Caribbean on Hispaniola (in collaboration with the Museo del Hombre Dominicano and the Museo Nacional de Historia Natural) at several paleontologically rich cave sites. I examine patterns of mammalian faunal distribution and extinction in relation to human settlement patterns, the introduction of invasive species, and biogeographic barriers on Hispaniola. Second, I am a co-director of the La Venta Paleontological Project in Colombia. At this Miocene site, my colleagues and I study how mammalian niche partitioning and community composition have changed through time in response to environmental and geological change.

Cooke, S.B., Rosenberger, A.L., Turvey, S. An extinct monkey from Haiti and the origins of the Greater Antillean primates. Proceedings of the National Academy of Sciences 108: 2699-2704