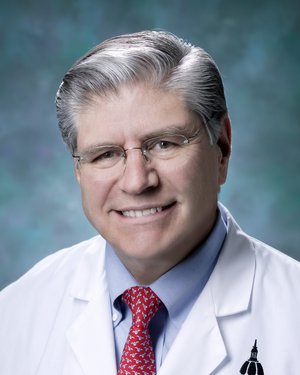 Jairo Garcia, MD., Associate Professor of Gynecology and Obstetrics at Johns Hopkins, was born in Colombia South America. Dr. Garcia graduated from the University of Antioquia Medical School in 1968 with a medical degree in Obstetrics and Gynecology. In 1976 he completed his fellowship in Reproductive Medicine at Johns Hopkins under the mentorship of Howard W. Jones, Jr. and Georgeanna Segar Jones.

In 1979 Dr. Garcia was recruited by Dr. Howard W. Jones, Jr. to be part of the pioneer team at Eastern Virginia Medical School where the first IVF program was developed.

In 1985 Dr. Garcia became the Director of The Fertility Center & IVF program at Greater Baltimore Medical Center (GBMC) where he created the largest and one of the most successful IVF programs in the country. During his Directorship, he developed numerous IVF protocols for ovulation induction, and trained many residents and fellows in reproductive endocrinology, who are now practicing IVF medicine.

Dr. Garcia returned to Johns Hopkins in 1997 as Director of The Johns Hopkins Fertility Center and IVF Program where he remains presently. Dr. Garcia has assisted in the establishment of more than 30 IVF programs around the world.