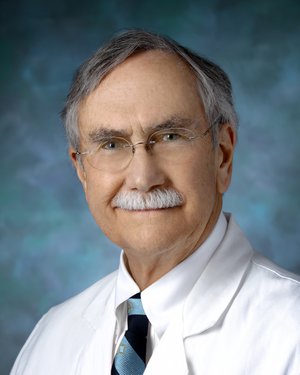 Charles Cummings was born in Boston, Massachusetts. He graduated from Deerfield Academy in 1953, Dartmouth College in 1957 and the University of Virginia Medical School in 1961. He was an intern at Dartmouth, and completed a year of general surgery residency at the University of Virginia. Dr. Cummings was in the Air Force from 1963 to 1965, then entered residency training in otolaryngology–head and neck surgery at the Harvard Medical School, Massachusetts Eye and Ear Infirmary, finishing the program in 1968.

Dr. Cummings has received numerous honors for his work, including the Chevalier Jackson Award (American Broncho-Esophagological Association), the Newcomb Award (American Laryngological Association), the Ogura lecturer for the Triological Society, the Hayes Martin lecturer for the American Head and Neck Society, the Daniel Baker Lecturer for the Triological Society, and others. He was presented with the 2009 Johns Hopkins Heritage Award and the Johns Hopkins Distinguished Alumnus Award in 2013. He was the recipient of the Walter Reed Award from the University of Virginia in 2017, and is an honorary member of many international head and neck societies.

Many of Dr. Cummings’ former residents and faculty are in meaningful academic positions or chairing departments of otolaryngology–head and neck surgery at leading academic institutions, a source of great personal pride for him.