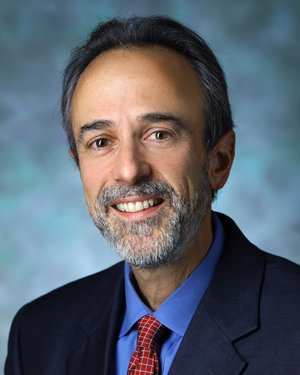 Dr. Ziegelstein co-directs the Aliki Initiative at Johns Hopkins Bayview Medical Center, a program for internal medicine residents that is focused on the practice of patient-centered care. Dr. Ziegelstein is a 5-time recipient of the George J. Stuart Award for Outstanding Clinical Teaching and he also has received the Professor's Award for Distinction in Teaching in the Clinical Sciences from the Johns Hopkins University School of Medicine. The American College of Physicians Maryland Chapter has recognized him with the C. Lockard Conley Award for Contributions to Resident Education and Research and the Theodore E. Woodward Award for Medical Education. He was named a Master of the American College of Physicians in 2012, and received the Alpha Omega Alpha Robert J. Glaser Distinguished Teacher Award of the Association of American Medical Colleges in 2013. Dr. Ziegelstein received the first annual Sponsorship Award from the Task Force on Women's Academic Careers in Medicine in the Department of Medicine, and the Johns Hopkins University School of Medicine Distinguished Medical Alumnus Award, both in 2015.

Dr. Ziegelstein is an internationally-recognized expert in the relationship between depression and cardiovascular disease. He directed the Cardiovascular Disease group in the NIH-funded Johns Hopkins Center for Mind-Body Research from 2004-2010.

Further, Dr. Ziegelstein's work has shown that platelets, which are small cells that cause blood to clot, are more sticky in individuals with depression than in individuals without depression. This could place depressed individuals with heart disease at greater risk of a heart attack or stroke. Dr. Ziegelstein and others have also shown that depressed patients with heart disease may be at greater risk of having abnormal nervous system signaling to the heart that may lead to serious heart rhythm abnormalities. Thus, he believes that additional research must be done to define how best to care for patients with such serious illnesses.

Dr. Ziegelstein leads a group that is investigating multiple aspects of this topic, and works closely with psychologists and psychiatrists to provide care to those patients afflicted by both heart disease and emotional distress.